As Coronavirus Spreads, U.S. Students In China Scramble To Leave 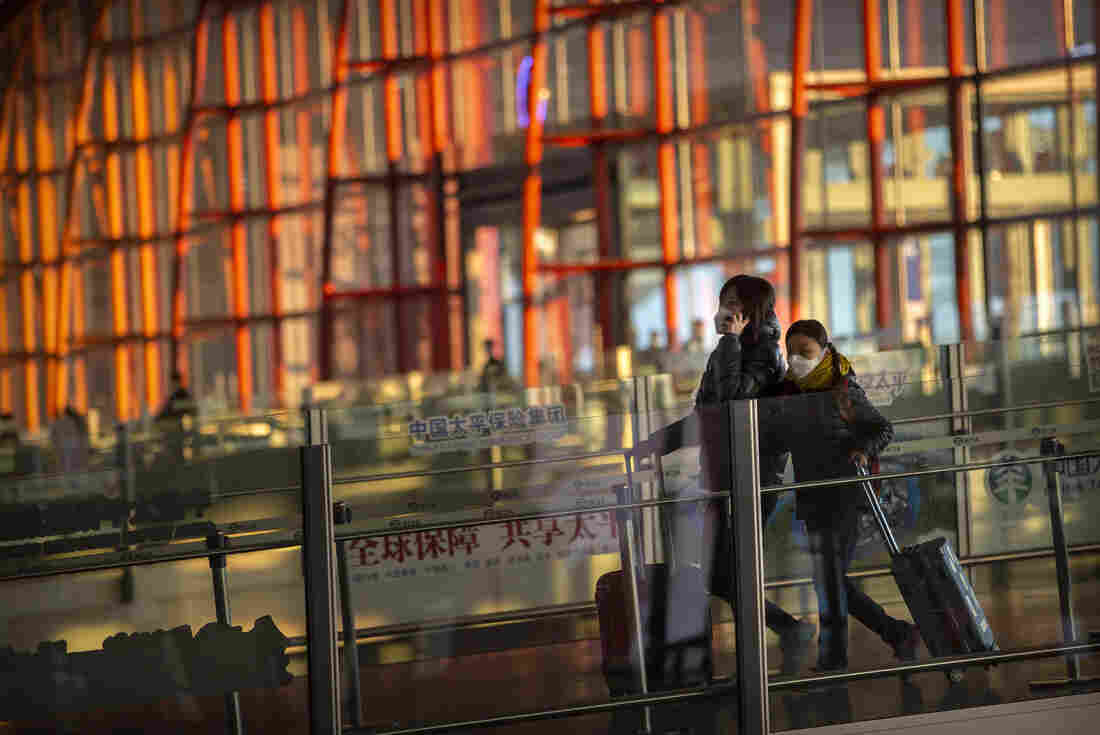 Travelers wearing face masks walk along a concourse at Beijing Capital International Airport on Thursday. American schools are advising students to avoid travel to China, and some are working to evacuate students already there. China reported nearly 11,800 confirmed coronavirus cases on Friday. 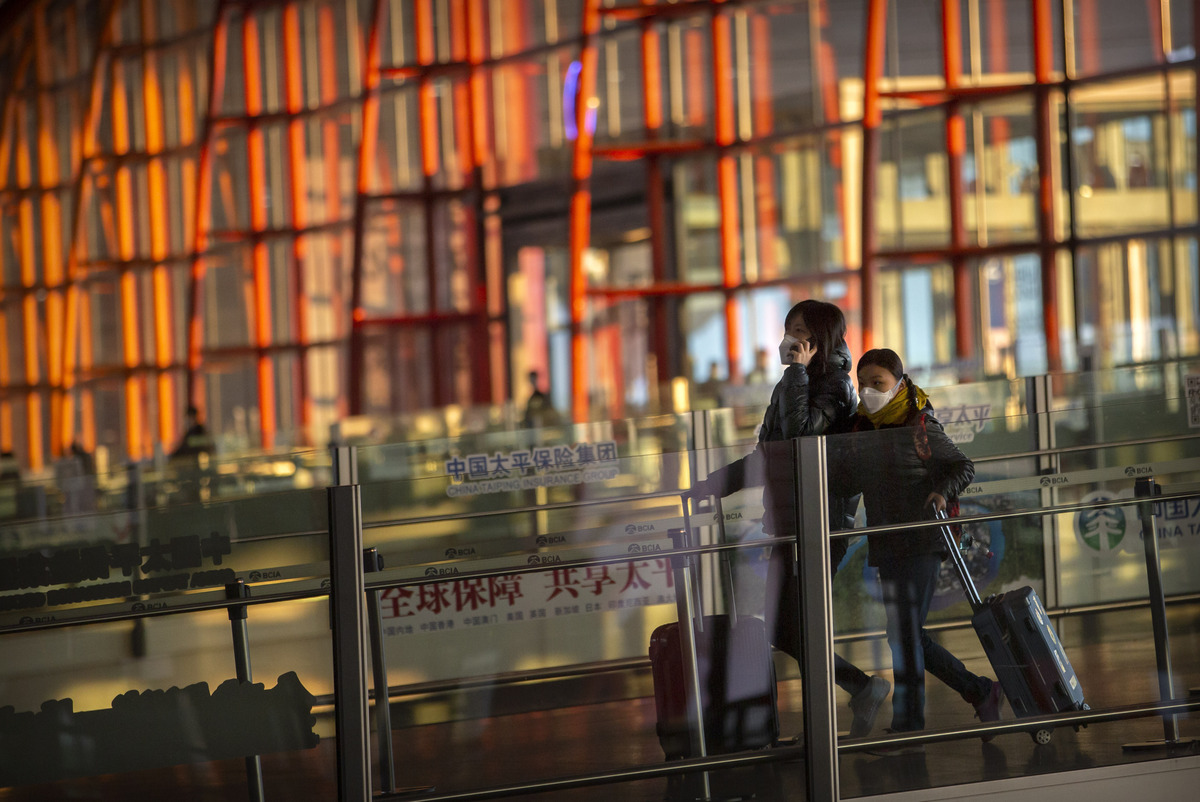 Travelers wearing face masks walk along a concourse at Beijing Capital International Airport on Thursday. American schools are advising students to avoid travel to China, and some are working to evacuate students already there. China reported nearly 11,800 confirmed coronavirus cases on Friday.

The 24 American students who signed up for Middlebury College’s spring language program housed at Beijing’s Capital Normal University were expecting tough homework assignments in Mandarin and a chance to explore a new country on weekend trips.

Now the coronavirus outbreak has derailed those plans. American schools are advising students to avoid travel to China, and some are working to evacuate students already there. China is a popular study-abroad destination for U.S. students, with more than 11,000 studying there in 2017-2018.

On Thursday, the World Health Organization declared coronavirus a global emergency and the U.S. issued a “Do Not Travel” advisory for China. On Friday, Chinese authorities announced more than nearly 11,800 confirmed cases and at least 259 deaths in China.

“Our temperatures are checked by the [university] hotel three times a day: at 10:00 in the morning, at 5:00 [p.m.], and right before we go to bed. So that’s definitely been a shock,” said Benjy Renton, a junior majoring in East Asian studies at Middlebury College. He’s been studying on the language program at Capital Normal University and living in a campus hotel designated for international students.

Middlebury administrators this week decided to call off the spring portion of the program, citing health concerns. Dozens of other American universities have issued travel notices this week, advising students and staff not to travel to China for the foreseeable future because of the new coronavirus.

Some American students in China are scrambling to leave as soon as possible, anxious that additional travel restrictions may soon prevent U.S.-bound flights from China. Meanwhile, China’s education ministry announced this week that spring semester would be “postponed,” while many Chinese schools, universities and nursery schools say they are indefinitely suspending it and have sealed off campuses from students and professors.

A self-imposed quarantine — in which administrators voluntarily sealed off Capital Normal University — has meant the Middlebury program administrators, who are based off-campus, could not reach the campus to plan an evacuation face-to-face with the students. Renton, who has been to China many times before and is able to navigate the language and the bureaucracy, has become an intermediary, coordinating with program directors working to get him and his fellow students home.

This week, Renton corralled remaining students to help them close their Chinese cellphone plans and bank accounts before they leave China this weekend. He’s helped cancel train tickets and arrange cars to the airport.

Renton has also gone on grocery runs for the group and organized group meals, to relieve some of the tension. The university canteen only serves breakfast. Students can’t leave without explicit permission and takeout delivery people can’t enter.

“We have to walk to the east gate, the main gate of the university, and kind of get handed the takeout over the fence,” says Renton.

Few restaurants remain open near the university, and those that do are offering limited options.

Administrators at the Inter-University Program for Chinese Language Studies at Beijing’s Tsinghua University also decided to cancel the rest of its spring semester this week. Some of the 40 or so U.S. students are hoping to work out an alternative to continue their studies, perhaps through online courses, while others may transfer to similar programs in Taiwan.

American student Henry Zhang had banked on spending this year learning Chinese, after earning a fellowship that paid for his spot in the program. Now, Zhang is debating his next steps from his family’s ancestral hometown of Nanchang in Jianxi province, which neighbors Hubei, the province hit hardest by the coronavirus.

He says the program’s decision to terminate classes for the spring “came down really quickly.” These days, he passes the time by reading and writing Chinese, but says he feels unsettled and finds it difficult to concentrate.

Renton, the Middlebury junior, will be able to complete his language credits back home this spring. As soon as it’s safe to do so, he plans to return to China: “China has always been a very wonderful country, and I’ve been fascinated by it,” he says. “I’ve traveled and I’ve studied. I’ve worked here. And I just want to continue kind of because I see China as some part of my future.”

Renton plans to fly out Saturday, one of the last people in his program to leave China. That’s an intentional decision.

“A captain must always go down with the ship,” Renton jokes. He wants to know that by the time he takes off, everyone else is on their way home safely.

ShareTweet
Comments Off on As Coronavirus Spreads, U.S. Students In China Scramble To Leave