CDC Defends Its Handling Of New Coronavirus Case In California 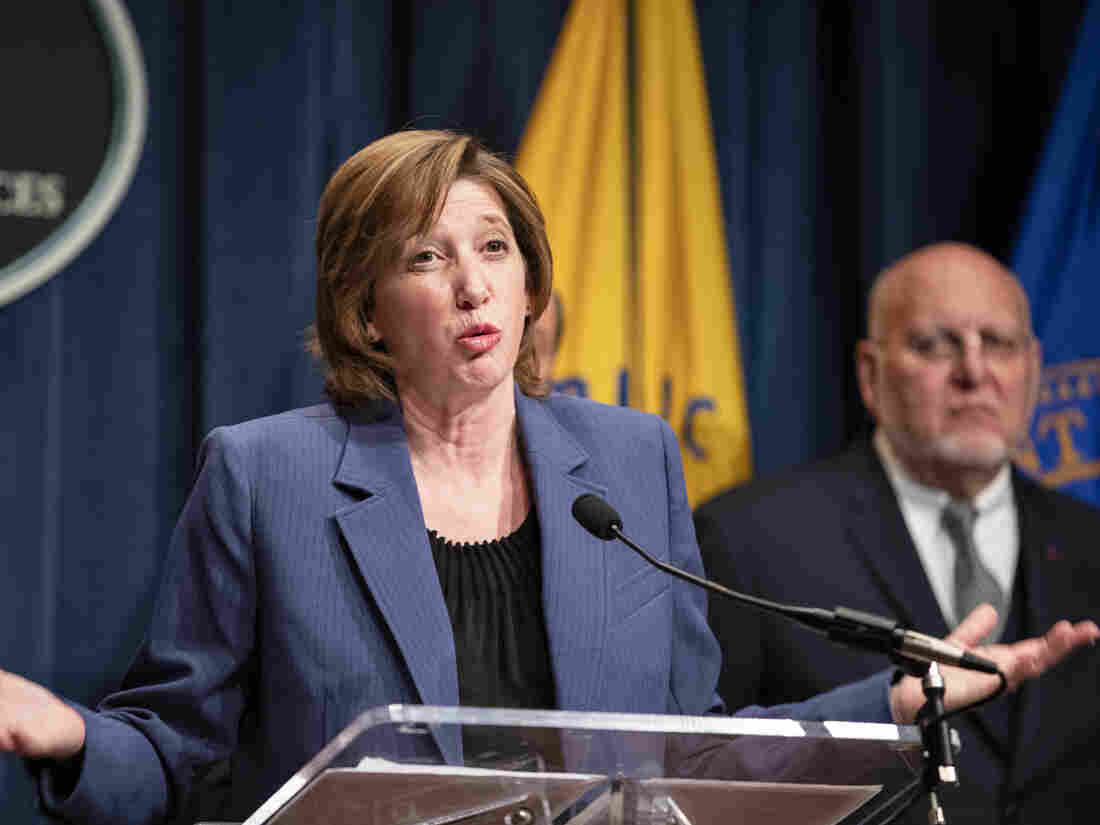 National Center for Immunization and Respiratory Diseases Director Dr. Nancy Messonnier, speaks during a news conference in January. Messonnier on Friday defended the CDC’s handling of a new coronavirus case in California. 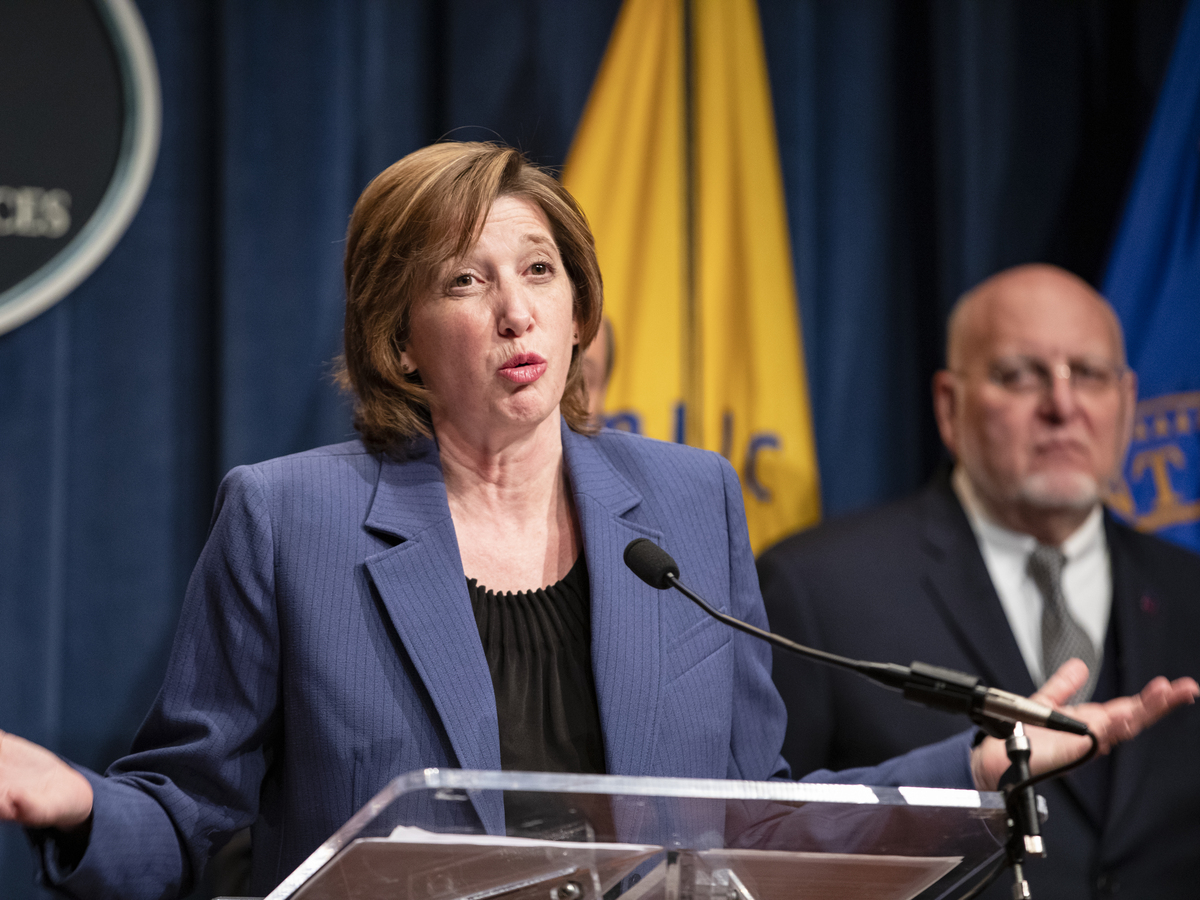 National Center for Immunization and Respiratory Diseases Director Dr. Nancy Messonnier, speaks during a news conference in January. Messonnier on Friday defended the CDC’s handling of a new coronavirus case in California.

The Centers for Disease Control and Prevention says there’s been “confusion” about the handling of a coronavirus patient in California who is thought to represent the first case of the virus being transmitted in the general population, rather than through a known contact with someone who has been in China.

The case involves a woman who appears to have contracted the virus in California, apparently without having contact with anyone who had traveled abroad or was previously known to have the coronavirus. If confirmed, it could be the first indication of a wider outbreak in the U.S.

The UC Davis Medical Center in Sacramento, Calif., where the woman was being treated, says its diagnosis of the patient’s COVID-19, the disease caused by the novel coronavirus, was delayed for days because the patient didn’t initially meet the CDC’s criteria to approve a coronavirus test.

The hospital says its staff requested a test from “public health officials” after the patient was transferred to its facility last Wednesday. However, UC Davis Medical Center added, “Since the patient did not fit the existing CDC criteria for COVID-19, a test was not immediately administered.”

On a briefing call Friday, Dr. Nancy Messonnier, the director of the National Center for Immunization and Respiratory Diseases, said there had been “some confusion about whether this person met CDC’s criteria for testing for COVID-19.”

“Our clinical team, working with state and local health departments to assess [persons under investigation], has not said no to any requests for testing,” she said.

“CDC’s definition of a [Person Under Investigation] from the beginning has been broad for travelers, especially because this was a disease that was being introduced from another part of the world,” Messonnier said.

“We have been looking for people with fever, cough, or trouble breathing. Fever and cough are pretty broad parameters, especially during flu season,” she said. “We’ve had to rule out many people who had other respiratory illnesses.”

“At this point in our investigation, we are most focused on asymptomatic people who are close to being confirmed cases or had travel history,” she said, adding “But our criteria also allows for clinical discretion.”

During testimony by CDC Director Dr. Robert Redfield before the House Foreign Affairs subcommittee on Asia and the Pacific Thursday, Rep. Ami Bera, MD (D-Calif.), a former chief medical officer for Sacramento County, said he learned that UC Davis Medical Center first requested and been refused a coronavirus test for the patient on Feb. 19.

Asked about Rep. Bera’s account of events, Messonnier replied, “According to CDC records, the first call we got about this patient was on Sunday, February 23rd. Period.”

Messonnier’s remarks came as the federal government’s handling of the coronavirus epidemic — which began in central China in December and has infected more than 83,000 people worldwide and killed nearly 3,000 — came under increasing scrutiny.

Among other things, a whistleblower is alleging that Health and Human Services staff who were deployed to help Americans evacuated due to coronavirus outbreaks did not have proper protective equipment or training.

The Washington Post first reported on the complaint, and now two Democratic lawmakers in Congress are asking for investigations into what happened.

According to correspondence from Reps. Richard Neal, D-Mass., and Jimmy Gomez, D-Calif., the whistleblower alleges staff were sent into quarantine areas, “without personal protective equipment, training, or experience in managing public health emergencies, safety protocols, and the potential danger to both themselves and members of the public they come into contact with.”

After raising concerns, the whistleblower claims that staff were “admonished by [redacted] for ‘decreasing staff morale,’ accused of not being team players, and had their mental health and emotional stability questioned.”

“We believe these potentially-exposed HHS employees have subsequently been interacting with the public, including taking commercial air flights and returning home to their families, without being tested for coronavirus or taking any other precautious,” the lawmakers write to the HHS Secretary Alex Azar. They says they are “alarmed” by the allegations and have also asked the agency’s inspector general and the Government Accountability Office to investigate.

The Post reports that the whistleblower was improperly reassigned to another department and told to accept the new position or be terminated.

Ari Wilkenfeld, an attorney representing the whistleblower, writes in a statement to NPR: “The retaliatory efforts to intimidate and silence our client must be opposed.”

On Friday, Secretary Azar said on Fox News, “We must have a full investigation to learn if there’s any truth to these allegations,” adding “we will never tolerate any form of retaliation against a whistleblower.”