Chinas Red Banners Take On Coronavirus. Even Mahjong Gets A Mention 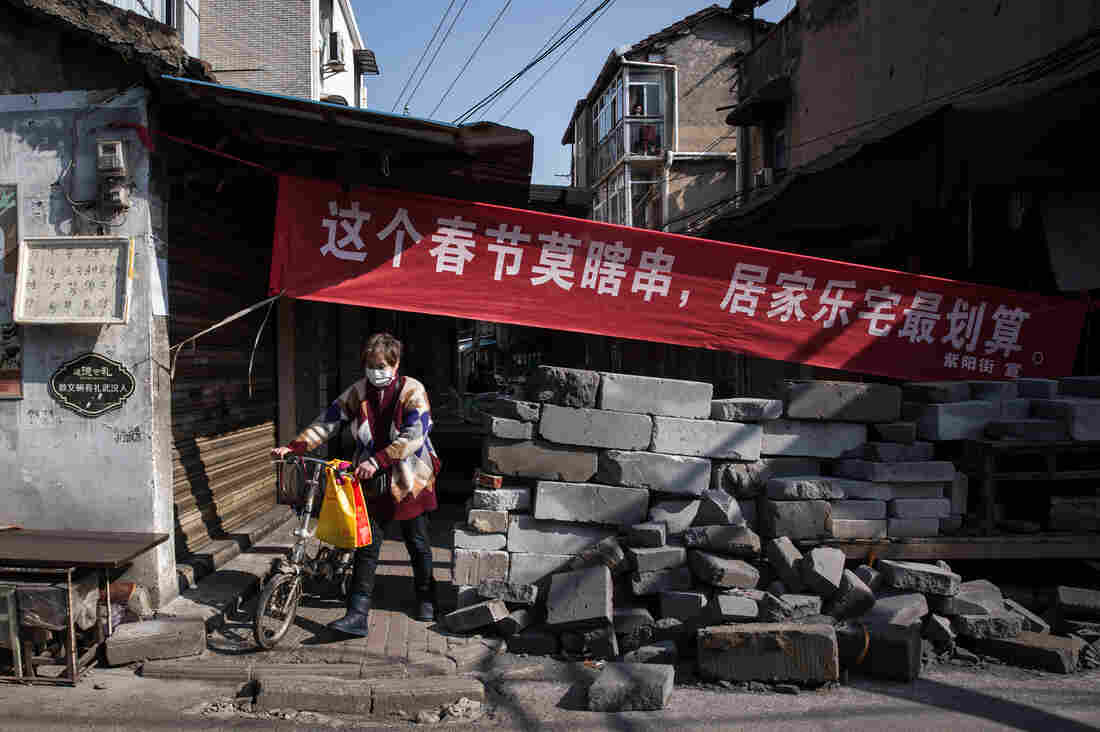 Housing compounds in Wuhan are closing off many entrances to restrict movement. The banner says that even during the spring festival, staying at home is the best deal. 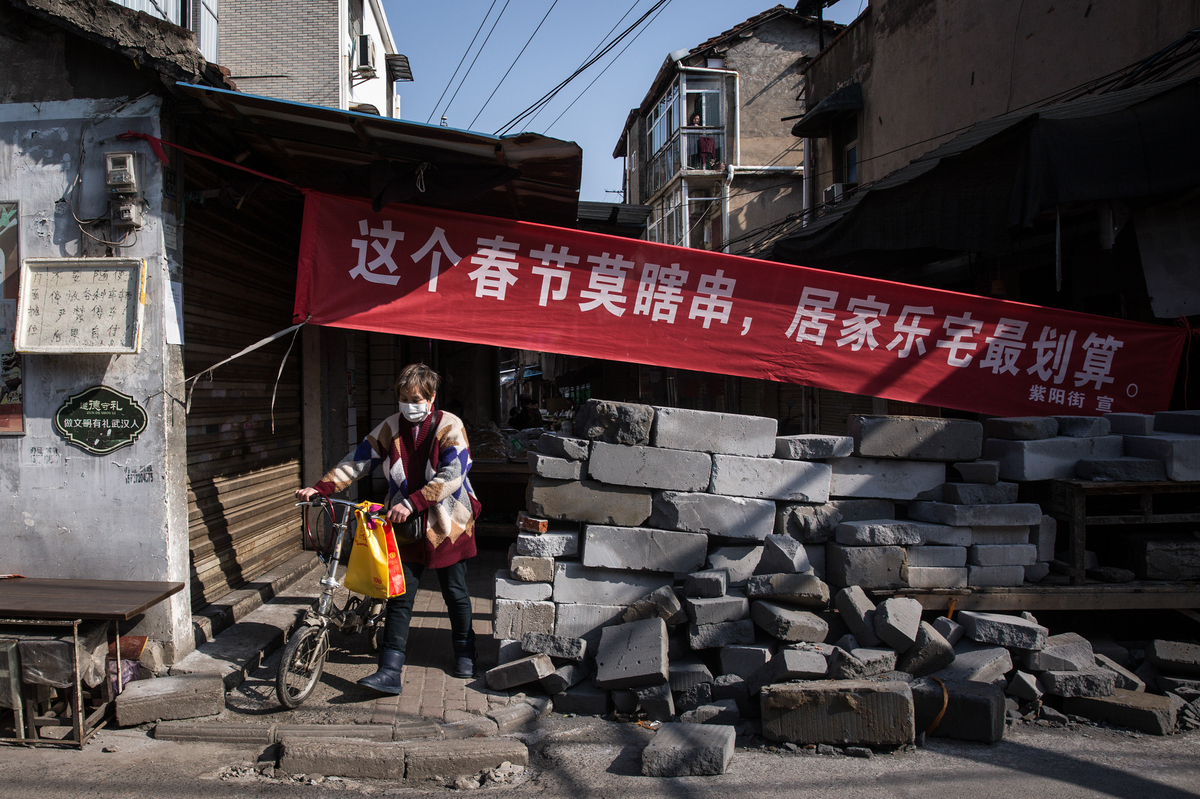 Housing compounds in Wuhan are closing off many entrances to restrict movement. The banner says that even during the spring festival, staying at home is the best deal.

China’s all-out war against coronavirus outbreak has many weapons.

There are quarantines and lockdowns. Nearly half a billion people have been confined to prevent the spread of the virus.

There are attempts to stop public gatherings. In this video, mahjong tables are destroyed so folks won’t gather together and risk exposure to the pathogen.

And then there are the red banners. Strung across streets and in public places, red banners with rhyming Chinese slogans have been a part of government campaigns for decades in China. Banners have urged citizens to take land from landlords and redistribute it to farmers. Their rhyming Chinese slogans championed non-intellectualism during the Cultural Revolution of the 1970s: “The more knowledge you have, the more counter-revolutionary you are”). They’ve reinforced presidential initiatives. “If you want less diseases, the toilet revolution is the answer” embraces President Xi’s call for improving unhygienic bathroom conditions.

When it comes to coronavirus, sometimes the tone is straightforward:

“Better to wear a mask than a ventilator; better to stay at home than in an ICU.”

Others are more dramatic:

“Those who gather together are shameless; those who play mahjong are daredevils.”

“Have a bite of a wild animal dish today, see you in hell tomorrow.”

And some are kinda funny.

“Never ever go to grocery stores as long as you have a scallion at home.”

“Stay in and don’t wander around. You have AC, television and WiFi as your friends.”

Among many red banners seen cautioning against #coronavirus, ranging from cultural revolution rhetoric to rhyming couplets (left: those who have a fever and don’t say anything are class enemies hiding among the people / right: this year a house visit, next year a grave visit) pic.twitter.com/WJfvDbhoq6

These slogans are getting mixed reviews. Some people respond with sarcasm:

Other commenters praise the efforts: “Whoever wrote this is so talented.”

“The slogans may come across as poor taste, but they make sense,” said another Weibo user.

That kind of mixed reaction is no surprise. People “can follow the directions and genuinely be afraid and also find humor at the same time” says Katherine Mason, assistant professor of anthropology at Brown University, who researched public health in China following the SARS epidemic.

There’s also a political tone to some of the messaging. “Fight the people’s war against new coronavirus epidemic,” is one example.

“These banners locate COVID-19 not only as a threat to your personal body or to the physical bodies of others around you but also a threat to the state,” says Alexandre White, an assistant professor at Johns Hopkins who studies the social dynamics of global health.

Other banners cast blame at sick individuals for failing to take precautions to prevent the spread of their illness:

In that kind of messaging, coming down with a disease is represented as a moral failing, White adds. And that can create stigma.

“The act of blaming the spread on individual action is a tried and true practice in epidemics throughout history,” he says. It can lead to beneficial public health effects when people adopt positive health practices, but it can also shame people to the point that they hide out and don’t seek treatment. “Fear is a very dangerous thing in an epidemic. And the use of this fear to drive positive health responses from the public is a double-edged sword.”

In the U.S., for example, a poster from 1942, aimed at stopping the spread of syphilis, shows an eager sailor attracted by a woman at a lamppost with this stern warning: “A sailor doesn’t have to prove he’s a man. Remember: There’s no medicine for regret.”

“It is very difficult to say!” Mason wrote in an email to NPR. Without a controlled experiment, she noted, it’s impossible to tell exactly how the banners affected behavior or public health. But “these banners are rarely used in isolation — rather, they are usually only one component of a much broader publicity campaign. How much the banners on their own do I really don’t know.”

ShareTweet
Comments Off on Chinas Red Banners Take On Coronavirus. Even Mahjong Gets A Mention