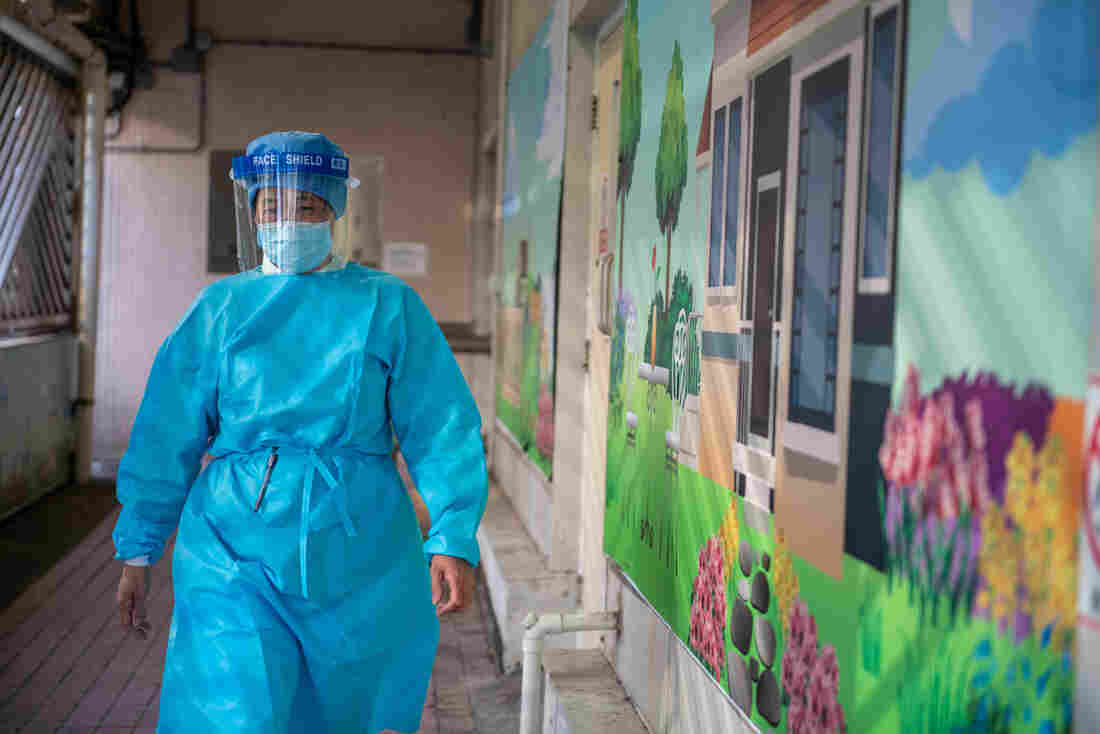 One of the first cases of the new coronavirus in Hong Kong was found at Queen Elizabeth Hospital in Hong Kong. Health workers in the city fear an influx of patients. 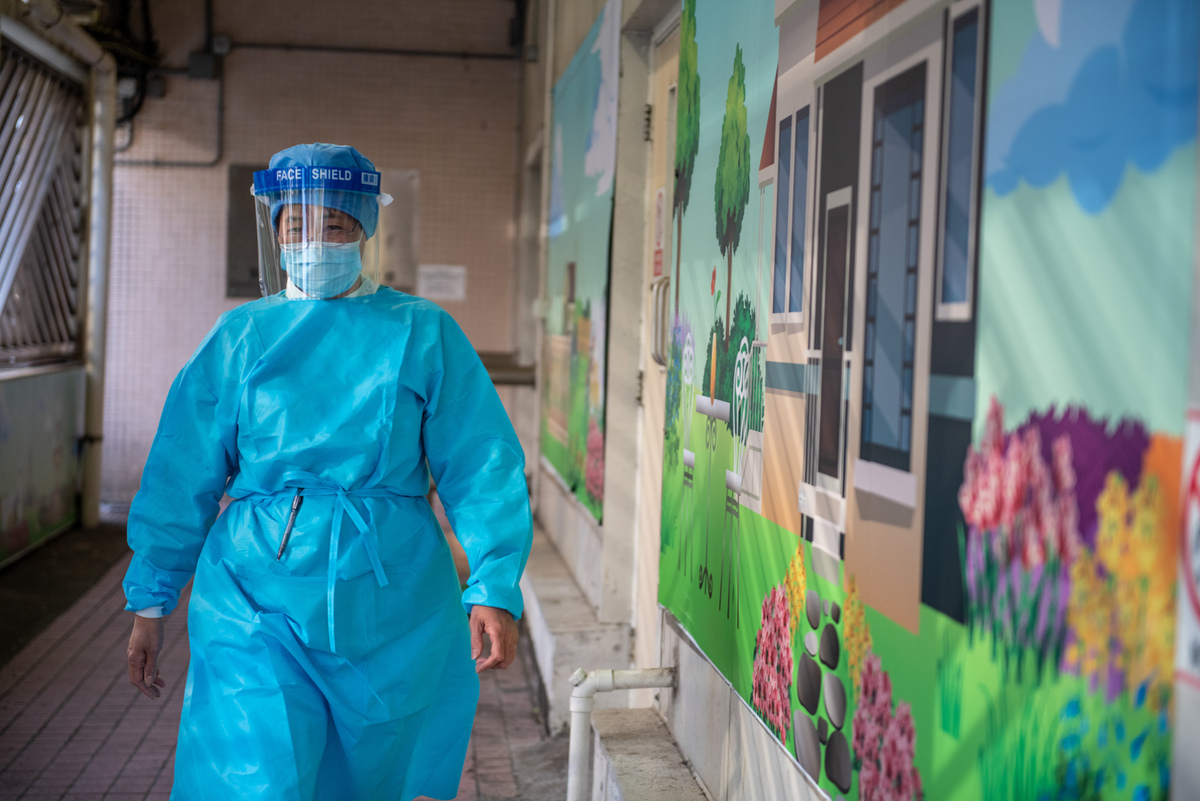 One of the first cases of the new coronavirus in Hong Kong was found at Queen Elizabeth Hospital in Hong Kong. Health workers in the city fear an influx of patients.

Nurses in Hong Kong are threatening to go on strike if the city doesn’t shut its border with mainland China. Some nurses have already engaged in unauthorized sickouts to protest what they say is a lack of action by Hong Kong officials.

Hong Kong Secretary for Health and Food Sophia Chan broke into tears while being interviewed on a local radio station on Saturday as she urged doctors and nurses to stay on the job. But Chan also said she’s aware of the incredible stress the Wuhan coronavirus outbreak is placing on medical staff. Hospitals in the city are scrambling to set up isolation wards and are already overwhelmed with nearly 700 possible cases (although there have only been about a dozen confirmed cases through the end of January).

Thousands of members of the Hong Kong Hospital Authority Employees Alliance say they will walk off the job starting Monday if the city doesn’t seal its border with China.

The health workers’ union, which has nearly 18,000 members, is made up primarily of nurses but also includes doctors, specialists and hospital support staff.

At the Tuen Mun public hospital in the northwest of Hong Kong, Dr. Albert Wong says he won’t be joining the picketers if a strike does occur, but he fully supports them.

“I very much understand the emotions, their rationale, and they are right to go on strike,” Wong says.

“I very much respect them. I very much understand why they are doing this because this whole thing could have been prevented in the first place,” Wong says. “We don’t have to be risking our lives doing our clinical works. This is not a natural disaster. This is a man-made catastrophe.”

Wong is a cardiologist, but he says that in a time of crisis like this, almost all the physicians act as general practitioners and are called on to treat whoever comes in the door. 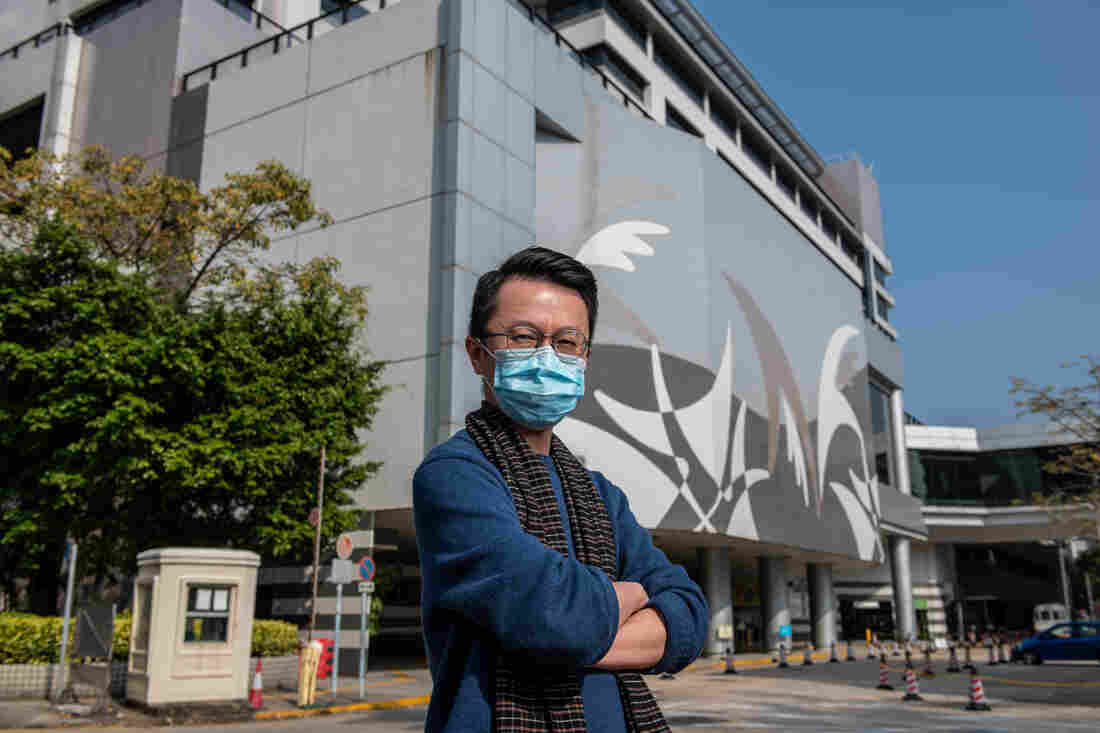 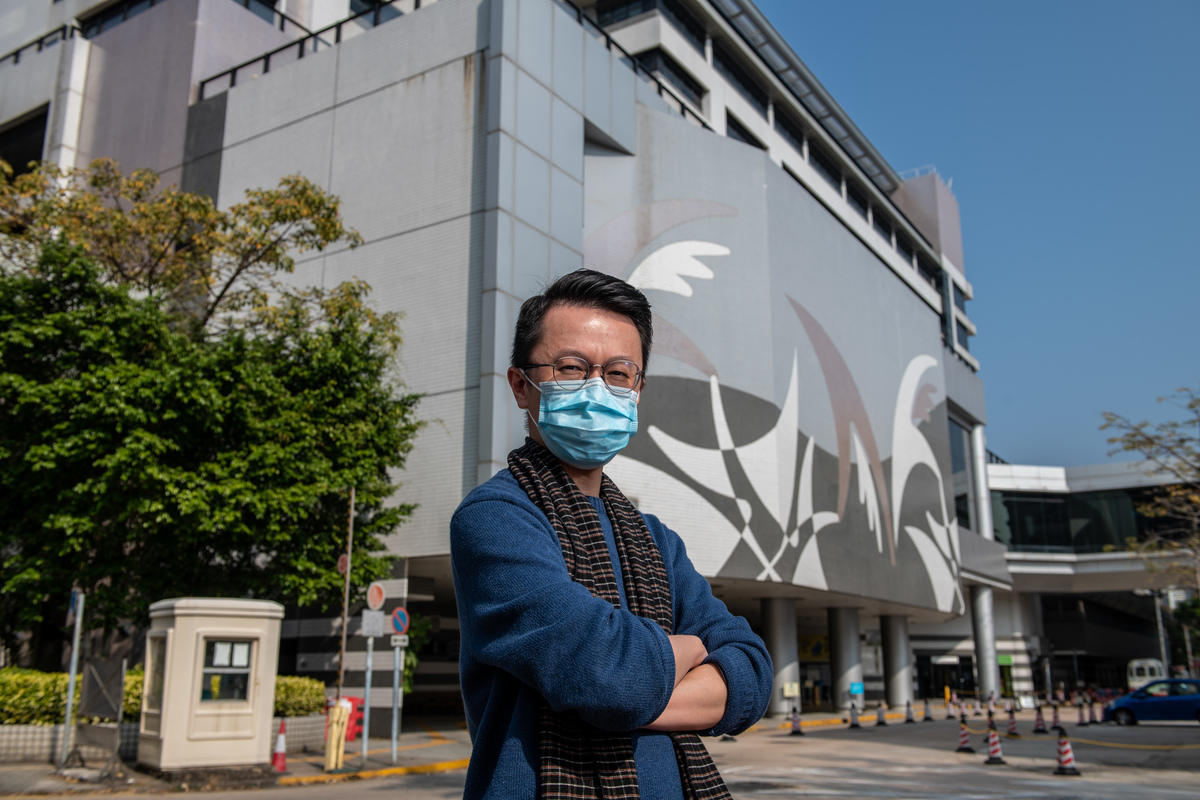 Wong and the other health care workers say that Hong Kong had plenty of time to isolate itself from China and prevent this new virus from getting a foothold in the city.

They argue that Hong Kong could have stopped the arrival of the illness by completely shutting its border with China when news of the virus first broke and by keeping it sealed until the outbreak on the mainland is under control.

“If you look at those confirmed cases so far that we are having [in Hong Kong], all of them are imported cases,” he says.

All of the patients are from Hubei province, the epicenter of the outbreak in China, and most of them arrived in Hong Kong by high-speed train.

On Thursday, Hong Kong did shut down all rail links to China, including its prestigious high-speed trains.

Carrie Lam, the chief executive of Hong Kong, this week also ordered all ferry service to China to be halted, but she stopped short of fully closing the border.

“To stop all passenger traffic on such a massive and comprehensive scale is not warranted,” she said. Cars and some buses are allowed in. The number of flights has been cut in half.

Hong Kong has also barred residents of Hubei province, which includes the city of Wuhan, where the virus was first identified, from entering its territory. Chinese nationals are being screened at the border and asked whether they’ve been in Hubei in the past two weeks. If they say they have, they can’t enter Hong Kong. However, they also can’t return to Hubei because transportation lines to the province have been shut down.

Lam said the measures she’s imposing to limit the flow of people from China in to Hong Kong are “drastic,” “draconian” and “unprecedented.”

Lam says that sealing off the border at this point is impractical and would primarily hurt Hong Kong residents who would end up trapped in China.

“There are large number of Hong Kong residents who are now traveling in the mainland and abroad and they need to come back,” Lam said. “So I don’t think it’s meaningful to talk about a complete closure of the border control points.”

At the Tuen Mun hospital where he works, staff isn’t currently treating any confirmed cases of the new coronavirus. A handful of cases that were initially diagnosed there have been transferred to the hospital authority’s infectious disease center. Despite this, Wong says the outbreak is dominating the hospital, forcing people to work overtime and causing staff incredible levels of stress.

“Yes, there are no confirmed cases right now here in this hospital, but there are dozens of suspected cases here, right now. We don’t know which of them will be the next confirmed case,” he says.

Sitting in a small garden area in front of the emergency room, Wong says hospital staff are preparing for what they believe will be a wave of patients with Wuhan coronavirus coming through the doors.

The staff is being divided into what are being called “dirty” and “clean” teams. Starting Wednesday, the “dirty” team will handle all suspected and confirmed coronavirus cases in three isolation wards. The doctors, nurses and specialists on this team will only deal with coronavirus patients. They won’t interact with the rest of the medical staff on the “clean” side of the hospital.

“These people who are involved in a dirty team, they will be quarantined even after work, even after working hours, because we want to protect the rest of the society,” he says.

These health workers will sleep in secure, dedicated housing that isolates them from other staff. In addition, they won’t be allowed to see friends or family members.

“In general, we are talking about around four to six weeks of time where they are completely isolated from the rest of the world,” Wong says. “So you can imagine how stressful that would be and what kind of life that would be.”

And he’s frustrated because he believes the city can still keep the outbreak from mushrooming into a much larger one if it blocks the source of the outbreak — China.

“This [closing the border] is the only way to possibly save us,” Wong says.

Hong Kong’s health care system is not capable, he says, of dealing with an influx of people from China who are infected with the coronavirus.

“This is not a discussion about humanitarianism or fairness or anything. This is just a very practical concern. We are a tiny city when compared with China. There is no way we can keep an open border and provide treatment to these patients from Wuhan.”

Hong Kong’s population is just over 7 million people compared with the 1.4 billion in China. Wong says relying on people to self-report possible exposure to the virus is not a strong enough defense against a pathogen that could be devastating if it starts to spread widely in Hong Kong.