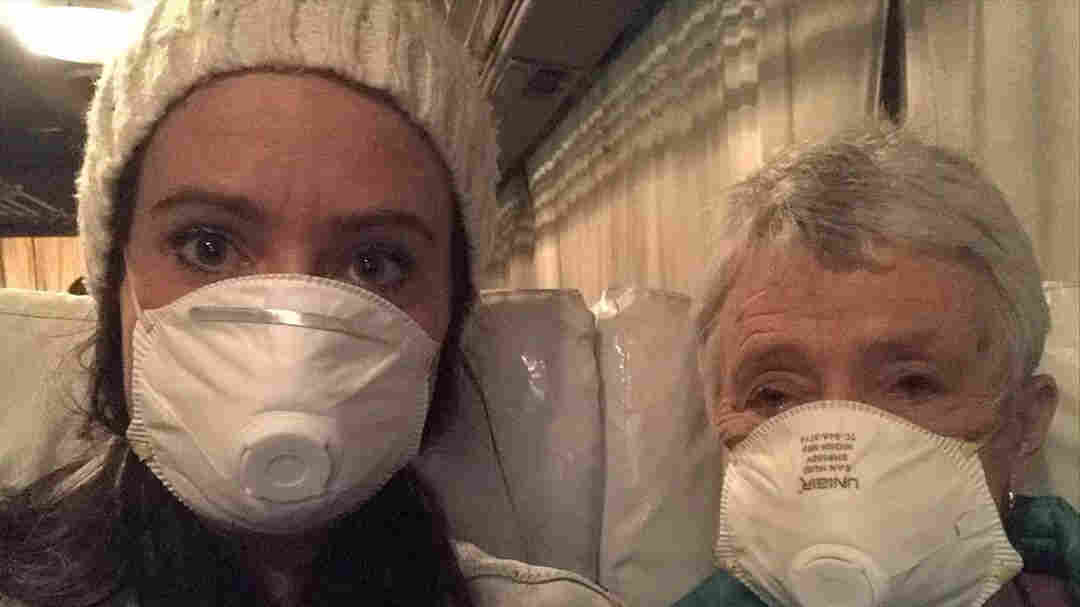 Australians Clare Hedger and her mother are now free from a two-week quarantine on the Diamond Princess cruise ship in Yokohama, Japan. Health officials in Japan are being sharply criticized for their handling of the coronavirus quarantine on the ship. 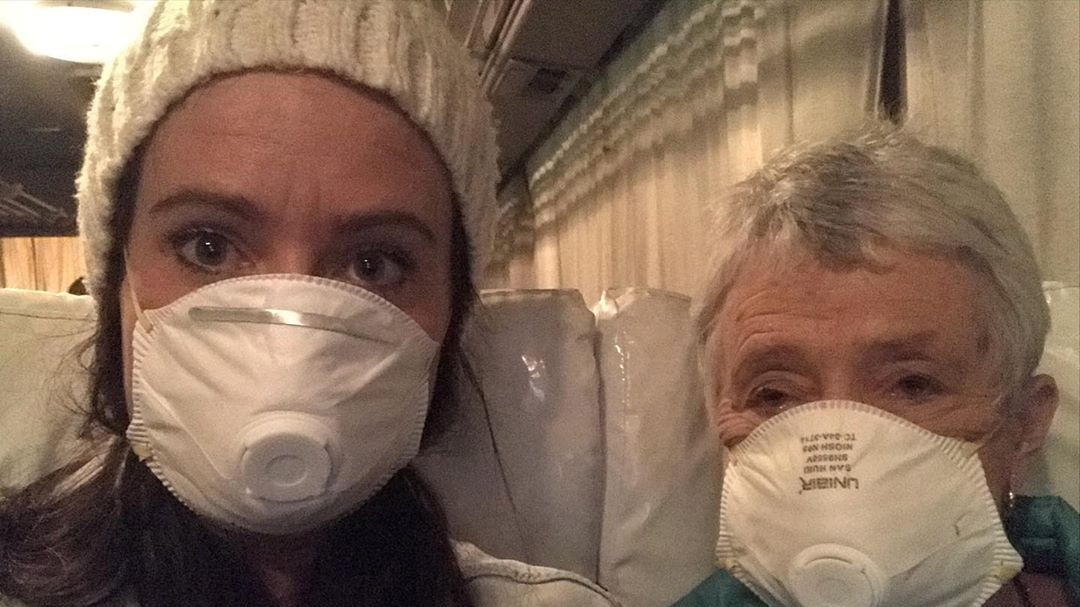 Australians Clare Hedger and her mother are now free from a two-week quarantine on the Diamond Princess cruise ship in Yokohama, Japan. Health officials in Japan are being sharply criticized for their handling of the coronavirus quarantine on the ship.

Roughly 600 passengers left the Diamond Princess cruise ship in Yokohama, Japan, on Wednesday, as a controversial shipwide coronavirus quarantine finally began to wind down. Several hundred other passengers are expected to leave on Thursday.

The quarantine has been heavily criticized for failing to prevent the spread of the deadly COVID-19 disease. Even as hundred of passengers disembarked, Japanese officials announced 79 more confirmed cases aboard the ship. And in at least one case, a family was informed of a positive test result just hours before they were scheduled to disembark.

A total of 621 people from the cruise ship have now been confirmed to have the novel coronavirus — or about 20% of the 3,011 people who had been tested by Wednesday.

Some of the sharpest criticism of Japan’s handling of the stricken cruise ship came late Tuesday from Kentaro Iwata, an infectious disease specialist at Kobe University who posted a video about his visit to the ship Tuesday.

After getting a look around the Diamond Princess’s interior, Iwata said, it “turned out that the cruise ship was completely inadequate in terms of the infection control.”

He added, “There was no distinction between the green zone, which is free of infection, and the red zone, which is potentially contaminated by virus.”

Detailing a situation that he called “completely chaotic,” Iwata said, “people could come and go” regardless of whether they were wearing PPE – personal protective equipment such as gloves, facemasks and other gear.

Crew members and health officials “were just walking around,” Iwata said. He added that one medical officer had seemingly given up protecting herself and others, believing she was likely already infected.

“But inside Princess Diamond, I was so scared,” he added. “I was so scared of getting COVID-19 because there was no way to tell where the virus is.”

Criticizing a lack of carefulness on the ship, Iwata said there was also no clear leadership role by medical experts.

“The bureaucrats were in charge of everything,” he said.

When he raised those concerns with a senior officer of Japan’s health ministry Iwata added, the official was “very unhappy” with his suggestions for improving protections on the ship.

In his video, Iwata also noted that Japan, unlike the U.S. and other countries, does not have an agency with the specific task of combating disease and infections, such as the U.S. Centers for Disease Control and Prevention and similar agencies in other countries.

The professor’s comments quickly drew attention in Japan. In response to questions about red and green zones on the ship, Health minister Katsunobu Kato insisted that sections of the ship have been “properly managed,” The Japan Times reports. It adds that another government official said the crew had taken “thorough measures” to stop infections from spreading.

As they leave the ship for the first time in two weeks, the Diamond Princess’s passengers face a confusing array of circumstances. Many will be forced to undergo a second 14-day quarantine upon their return home – reflecting the lack of trust their governments have about the cruise ship quarantine’s effectiveness. Others can stay in Japan under their own recognizance — but they’re still barred from returning home for two weeks.

The family of passenger Aun Na Tan of Australia was hit with an eleventh-hour setback, as her family’s test results showed that her daughter, Kaitlyn, was positive for COVID-19. They received the news after stacking their luggage near the front door, awaiting their turn to leave the ship.

“It wasn’t a pretty sight for me and Kaitlyn,” Tan wrote, describing the impact of the bad news. “The boys were calmer. We have bounced back now.”

The good news, she added, is that her daughter doesn’t have symptoms of the virus. And after enduring a 14-day quarantine, she said, she and her husband and son will stay with her daughter.

“We decided not to be separated,” Tan said on Instagram. “They are trying to find a hospital which will take all 4 of us.”

The embassies of Canada, Australia and Hong Kong are arranging for their citizens to travel home via charter flights this week, Princess Cruises said in an update Wednesday. All of those governments and the U.S. are requiring a second quarantine, the cruise line says.

The U.S. government brought more than 300 American passengers back to the U.S. on chartered repatriation flights early this week. Those passengers are now undergoing new quarantine at military bases in California and Texas — and 14 of them have tested positive for COVID-19 and are in hospitals.

Americans who stayed aboard are on temporary no-fly list

While a large group of Americans left the ship, 61 U.S. citizens remained on board. The Department of Homeland Security has now temporarily put the Americans who stayed behind on a federal no-fly list to bar them from traveling to the U.S., the CDC says.

“This action has been taken because you are reasonably suspected of having had an exposure to novel coronavirus (COVID-19) while onboard the Diamond Princess cruise ship,” the CDC said in a letter to the passengers.

The CDC adds that anyone who tries to subvert the travel ban by flying first to Mexico or Canada “will be stopped by U.S. Customs and Border Protection officials.”

The quarantine has exposed Japan’s health ministry and other officials to criticisms about their handling of the cruise ship quarantine in response to the coronavirus that was identified in Wuhan, China, in December.

As passengers test positive for the virus, they’re taken off the ship and sent to local hospitals. A positive test result also puts patients’ traveling partners and close contacts under a new quarantine order.

Roughly 3,700 passengers and crew who were aboard the Diamond Princess when the ship arrived at the Yokohama cruise ship terminal south of Tokyo.