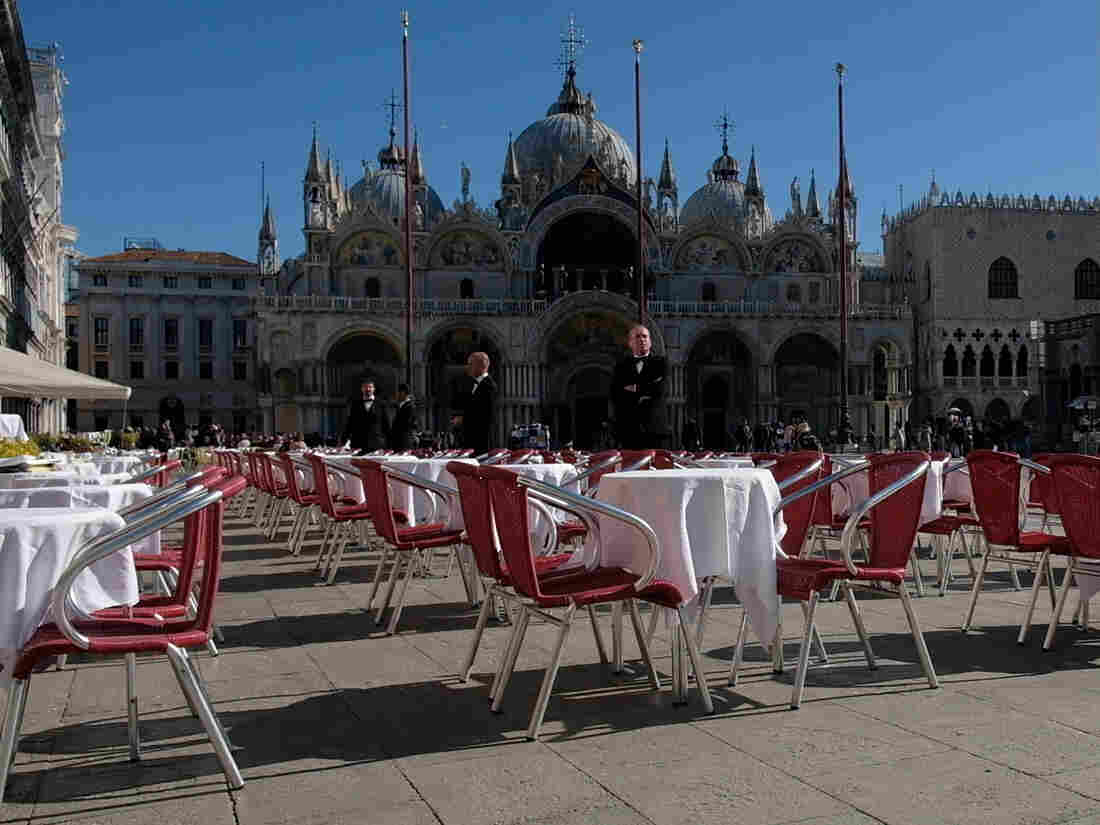 Waiters stand by an empty restaurant in Venice’s St. Mark’s Square, which would normally be full of tourists, as a coronavirus outbreak grows in Italy. 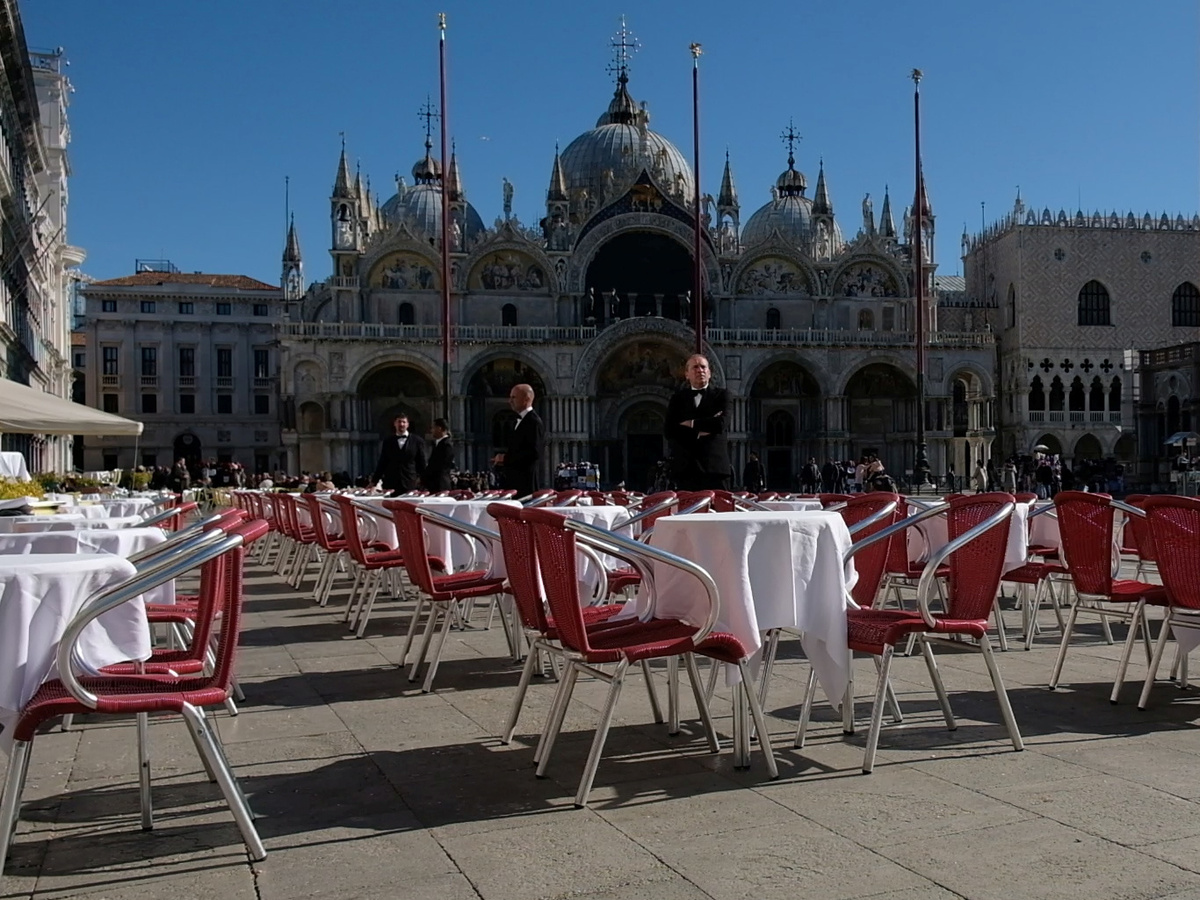 Waiters stand by an empty restaurant in Venice’s St. Mark’s Square, which would normally be full of tourists, as a coronavirus outbreak grows in Italy.

Italy’s number of COVID-19 coronavirus cases spiked by more than 50% in just 24 hours and now stands at 650, the Italian Ministry of Health says, adding that 17 people have died from the respiratory virus. More than 400 of the cases are in the hard-hit Lombardy region, where some towns are under a lockdown.

Nearly 250 of the people who were infected are currently in the hospital, including 56 patients who are in intensive care, the Italian ministry says, citing a Thursday afternoon update from Angelo Borrelli, commissioner for the coronavirus emergency. Another 284 people who have been infected are in home isolation to try to stop the coronavirus from spreading further.

The outbreak of COVID-19 in Italy led the U.S. State Department to add concerns about the virus to its travel advisory for Italy this week. The advisory stands at Level 2: “exercise increased caution” – one level short of “reconsider travel.”

Alarmed by the virus’s potential impact on its economy, Italy’s government is urging foreign media to reassure people around the world that it’s safe to visit Italy.

“Tourism is already taking a big hit, with a surge in hotel cancellations,” NPR’s Sylvia Poggioli reports from Rome, “and several American study-abroad programs have shut down.”

Warning against the dangers of spreading fake news about the public health crisis, Foreign Minister Luigi Di Maio told a gathering of foreign press that the economic damage from an “epidemic” of bad information will do more harm than the virus.

Poggioli adds, “Italian officials also stress that Italy has done much more extensive screening for the virus than any other European country – which may explain why its caseload numbers are so high.”

Concerns about spreading the COVID-19 virus have also forced dramatic changes at the highest levels of Italian soccer. Several Serie A games were recently canceled — and at least five matches will be played in closed stadiums, with no fans in attendance.

‘We are at a decisive point,’ WHO leader says

As of Thursday morning, there were more than 3,474 cases in 44 countries, WHO Director-General Tedros Adhanom Ghebreyesus said at a briefing in Geneva.

“We are at a decisive point,” Tedros said, adding that for two days in a row, there have been more new coronavirus cases reported in the rest of the world than in mainland China, where the virus was identified in December.

The WHO chief added, “in the past 24 hours, seven countries have reported cases for the first time: Brazil, Georgia, Greece, North Macedonia, Norway, Pakistan and Romania.”

Virus prompts Japan to close all schools for a month

Japan is asking all elementary, junior high and senior high schools to close after this week and not reopen until after their spring break ends in April, in a bid to protect children from COVID-19.

Announcing the move, Prime Minister Shinzo Abe said he is “putting health and safety of children first above all.” 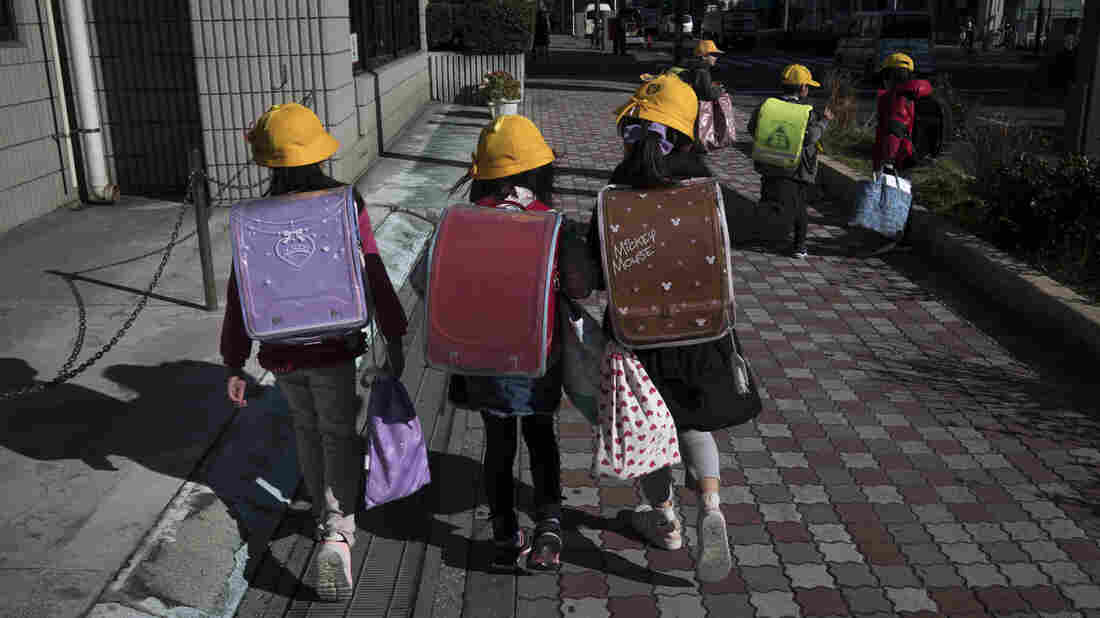 Japan is asking all schools from the elementary to high school level to shut down for the next month, citing the risk of spreading the COVID-19 coronavirus. Here, elementary school students head home Thursday in Ichikawa, Japan. 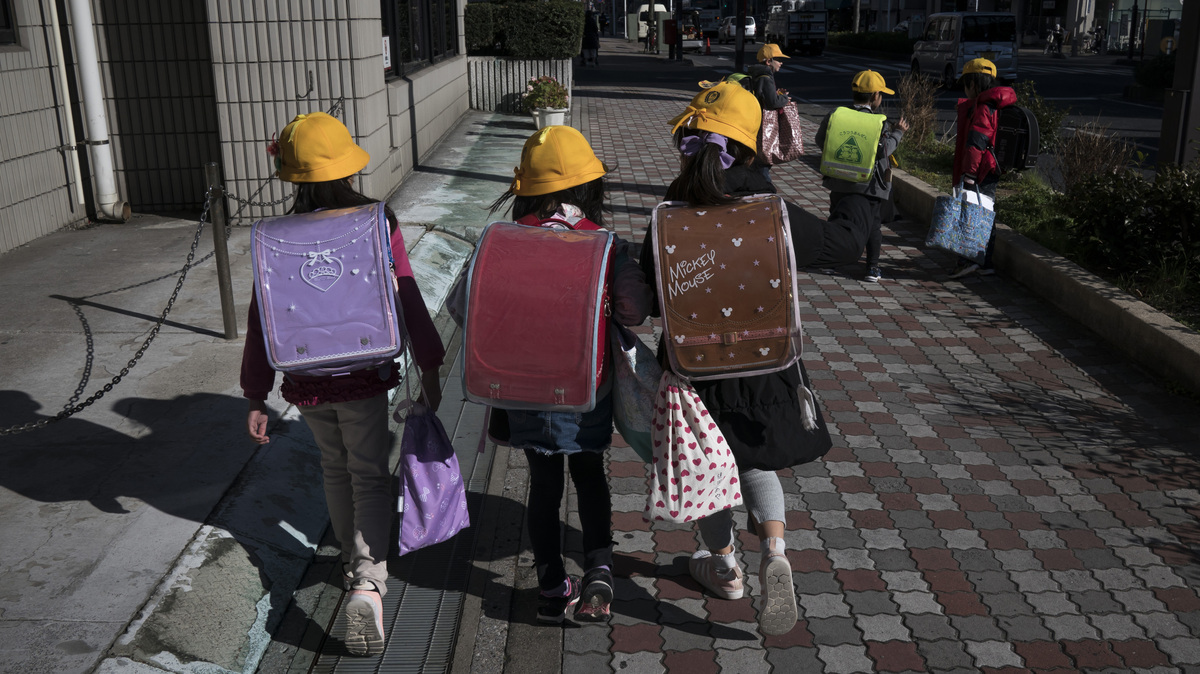 Japan is asking all schools from the elementary to high school level to shut down for the next month, citing the risk of spreading the COVID-19 coronavirus. Here, elementary school students head home Thursday in Ichikawa, Japan.

The nationwide shutdown comes after jurisdictions in Hokkaido and Chiba announced plans to close their schools to avoid close contact that could spread the virus.

As Japan fights to contain the coronavirus, “the next one to two weeks will be of critical importance,” Abe said, laying out his plans at Japan’s Novel Coronavirus Response Headquarters on Thursday.

Japan’s government is also asking businesses and other employers to give wide latitude to their employees, both to allow them to take leave if they feel ill and to accommodate parents who now face an unplanned stretch of several weeks without school.

The government will address “various issues caused by these measures,” Abe added.

In another new development, Japanese health officials say a woman who had recovered from COVID-19 and was released from care has been found to have the virus again. An Osaka resident, the woman was originally diagnosed on Jan. 29, when she became Japan’s eighth patient. She’s now listed as patient No. 148.

Japan currently has 210 confirmed cases of the coronavirus, according to its Ministry of Health, Labor and Welfare. But that figure omits more than 700 cases from the Diamond Princess cruise ship. The ship became one of the world’s largest clusters of COVID-19 cases outside of mainland China as it sat for weeks in quarantine at a port in Yokohama.