Diagnosis Of Coronavirus Patient In California Was Delayed For Days 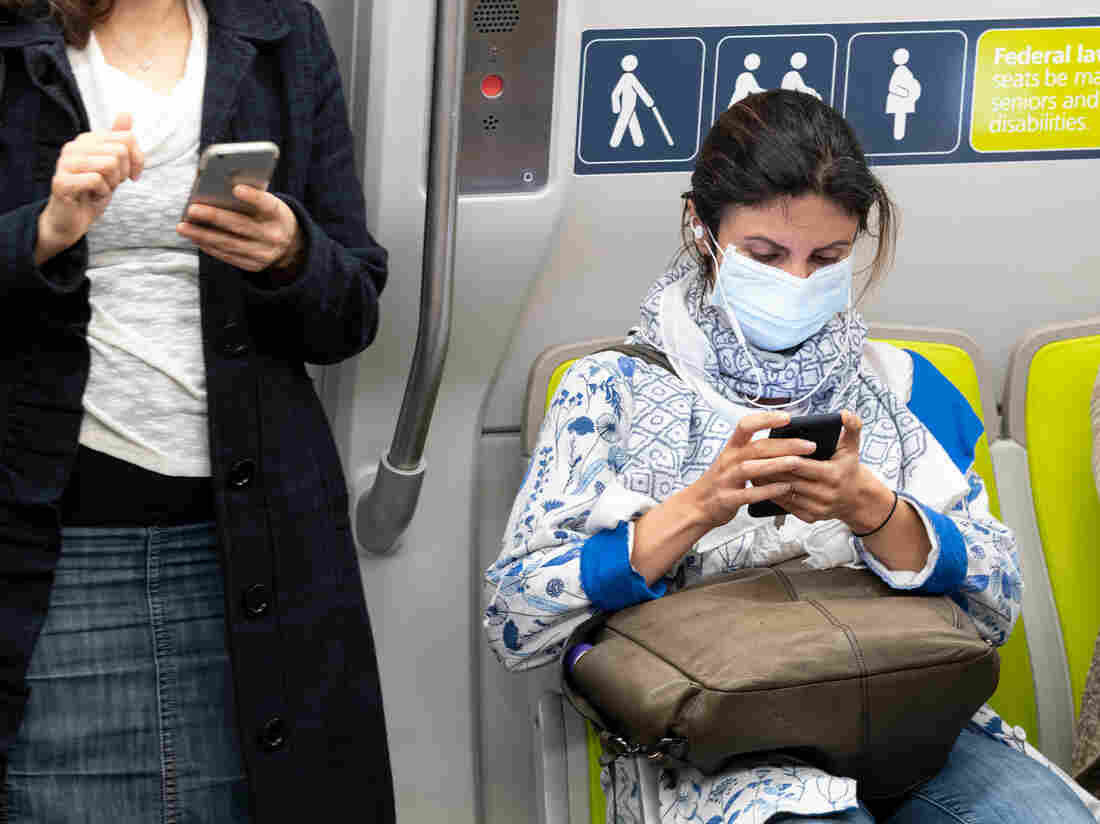 Health officials have identified what could be the first U.S. case of the novel coronavirus spreading within the general population. But a hospital says the diagnosis was delayed for days. Here, a passenger wears a face mask on a train in San Francisco Wednesday. 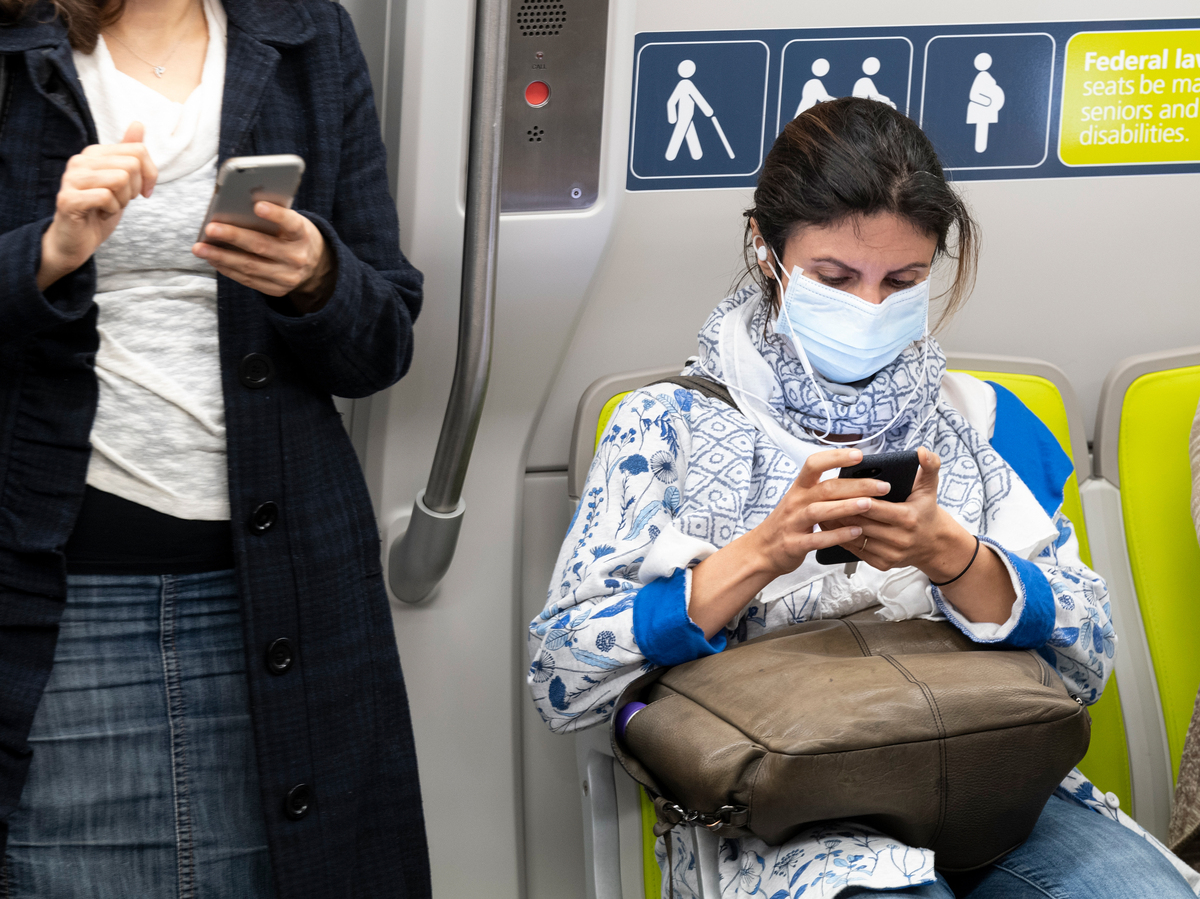 Health officials have identified what could be the first U.S. case of the novel coronavirus spreading within the general population. But a hospital says the diagnosis was delayed for days. Here, a passenger wears a face mask on a train in San Francisco Wednesday.

The first suspected U.S. case of a patient getting the new coronavirus through “community spread” – with no history of travel to affected areas or exposure to someone known to have the COVID-19 illness — was left undiagnosed for days because a request for testing wasn’t initially granted, according to officials at UC Davis Medical Center in Sacramento, Calif.

The patient in Northern California is now the 60th confirmed case of the new coronavirus in the United States. The Centers for Disease Control and Prevention disclosed the latest case Wednesday evening, as President Trump assigned Vice President Pence to lead the administration’s response to the disease.

“This case was detected through the U.S. public health system — picked up by astute clinicians,” the CDC said in a brief statement about the new patient.

UC Davis included more details about the case in its own statement, drawing on an email sent to staff at its medical center. It said the CDC initially ruled out a test for the coronavirus because the patient’s case didn’t match its criteria.

“UC Davis Health does not control the testing process,” the hospital noted.

The new patient, who lives in Solano County and has not been identified, was transferred to UC Davis Medical in Sacramento County from another hospital earlier this month. Staff at UC Davis then suspected the patient might be infected with the coronavirus that has caused more than 2,800 deaths.

“Upon admission, our team asked public health officials if this case could be COVID-19” the hospital said. “We requested COVID-19 testing by the CDC, since neither Sacramento County nor CDPH [California Department of Public Health] is doing testing for coronavirus at this time. Since the patient did not fit the existing CDC criteria for COVID-19, a test was not immediately administered. UC Davis Health does not control the testing process.”

Health and Human Services Secretary Alex Azar said Thursday morning that the CDC is streamlining the process it uses to test for the coronavirus across the country, saying it will spread the new process to all of its labs.

Azar said all of the CDC’s network of nearly 100 public labs will soon be using the modified process. The next step, he said, is to develop a “bedside diagnostic” that doctors and hospitals could use. He did not give details about when that might occur.

The UC Davis hospital says that when the patient arrived at its facility, the person “had already been intubated, was on a ventilator, and given droplet protection orders because of an undiagnosed and suspected viral condition.” Those details were reported by local TV station KCRA, which said the email to hospital staff noted that the patient was transferred to UC Davis on Feb. 19.

A UC Davis professor later posted what he said was the email on Twitter.

The CDC ordered COVID-19 testing on Feb. 23 — four days after the patient arrived. The federal agency confirmed that positive test on Wednesday.

“This would be the first known instance of person-to-person transmission in the general public in the United States,” the California Department of Public Health said of the case at UC Davis Medical Center.

The state health agency notes that there have been two earlier cases of person-to-person transmission in the U.S. — one in Chicago, and one in California’s San Benito County — but both of those cases involved close contact with a relative who had recently returned from Wuhan, China, where the virus was first identified.

The CDC has completed more than 3,600 coronavirus tests, Azar said during a congressional budget hearing Thursday. While he said it hasn’t had a testing “backlog,” he added that the agency’s test has three steps — and that the last step has posed some problems.

“What we found was that in some labs, the third step of that, they were having trouble with getting a quality control validation on that, so it led to inconclusive results,” Azar said. “We now, as of yesterday afternoon, the FDA authorized the use of those tests by using just the first and second step.”

News of the delay in testing for the coronavirus in the U.S. comes days after federal health officials issued a blunt warning to Americans, saying people should prepare for disruptions in their communities because of the coronavirus. Those disruptions could range from school and business shutdowns to large events being canceled.

“It’s not so much a question of if this will happen anymore, but more really a question of when it will happen — and how many people in this country will have severe illness,” the CDC’s Dr. Nancy Messonnier said.

Reiterating guidance from the CDC and other health agencies, the California health department said the primary defense to keep the coronavirus from spreading includes basic steps such as washing hands with soap and water and avoiding close contact with anyone who is sick.