Good Medical Care Can Suffer Late In The Day 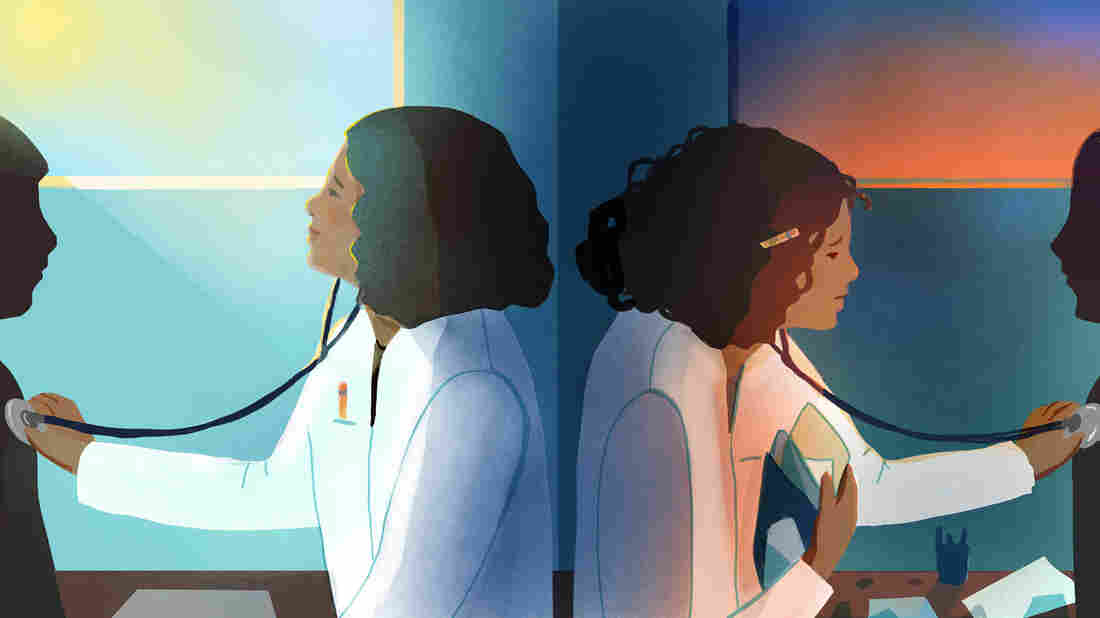 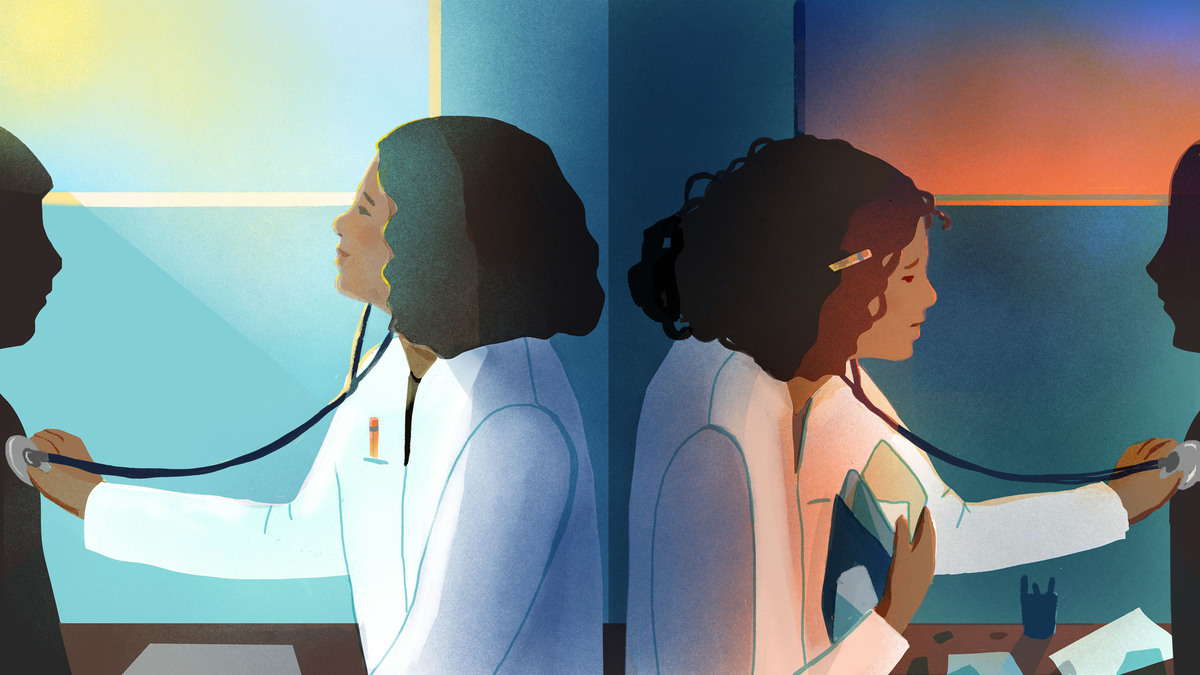 A young woman came to my clinic on recent evening to discuss her irregular menstrual periods. She had scheduled the appointment weeks in advance, and we were slated to have 20 minutes together.

I’m a family physician in a busy urban practice, and when she walked in I’d already been seeing patients for 10 hours that day, with a new one showing up about every 20 minutes. The number of diagnoses I had considered over the course of that workday was dizzying.

Even as I spoke to this patient, my mind darted, as it’s been trained to do, to several different possible causes of her symptoms, ranging from a harmless side effect of a medication to a brain tumor. I started tallying a list of the tests we’d need to order.

Then, a notification aimed at me popped up in her electronic medical record: She was due for a flu shot. As I typed up her instructions about the further tests and handed her a specimen cup to get a urine sample, I also encouraged her to let us give her a flu shot before she left the office, to “just get it done.”

She wasn’t in the mood to get stuck with a needle, she told me, and declined. I wanted to talk more about the shot, but she stopped me. “Not tonight, Dr. Gordon,” she said.

It was late. She wanted to get home to her family, and frankly, so did I. Our office was supposed to have closed 30 minutes earlier. So I let it go, and she missed out on a vaccine that would have helped her stay healthy.

It turns out I’m not alone in finding the end of my workday as a primary care physician more challenging than the beginning. According to a growing body of research, going to the doctor late in the day may mean you get lower-quality care.

A study last summer in the journal JAMA Network Open, for example, found that people who saw their doctor for acute pain later in the workday were more likely than those with morning appointments to get a prescription for opioid painkillers — a class of medications with potentially life-threatening side effects.

Another recent study suggests that patients seen later in the day are less likely to receive recommended cancer screening tests, like mammograms.

The reasons behind the trend aren’t clear from those studies, but I can attest that the end of my day in clinic is often more chaotic than the beginning. I’m frequently running late, and my patients are eager to get home. When a patient comes in at 5:00 p.m. to deal with a cough, the last thing she wants is to do is stay until 5:30 talking about mammograms.

Those sorts of factors make late-in-the-day appointments feel more rushed than early ones, researchers say, and that can put patients’ health at risk.

“Time is the most scarce resource,” says Hannah Neprash, a health economist at the University of Minnesota and the lead author of the study about opioid prescriptions.

Neprash and colleagues analyzed a large data set of the experiences of people who went to their primary care provider regarding a painful new condition. They took special notice of the time of day those patients were seen. (Patients in chronic pain were excluded from this particular study.)

The people with late-in-the-day appointments — or seen later than their scheduled appointment time — were more likely to leave with a prescription for opioid painkillers than those with early appointments.

These days, in keeping with the best standard of care, doctors generally try to limit how often and how much opioid they prescribe, because of the drugs’ risk of addiction and overdose. Neprash says the increase in afternoon opioid prescriptions she turned up in her research may stem from over-reliance on a quick fix — “a way to end a visit, to make a patient feel like progress is being made, a treatment is being prescribed.”

Patients seen earlier in the day or on time were more likely than those seen in the afternoon to be prescribed non-steroidal anti-inflammatory medication — like ibuprofen — instead, or to get a referral for physical therapy.

Physical therapy has been shown to help many patients in pain. But it can take weeks to get results, so prescribing it requires a conversation. I need to explain how it works and help patients who were hoping for medication feel like I’m taking their symptoms seriously.

Here’s the thing: That conversation is much harder to do well at the end of a busy day, when there are sometimes several patients waiting to be seen, than at the beginning, when I’m still running blissfully on-time.

A similar phenomenon may be at work in the results of the second JAMA Network Open paper, in which researchers found that clinicians were less likely to order certain screening tests — such as mammograms for breast cancer or stool tests that check for colon cancer — at the end of the day. These tests help identify early, treatable tumors and, for some patients, skipping such tests means missing an aggressive malignancy until it’s advanced.

In a large data set of primary care office visits, researchers found that in office visits at 8 a.m., clinicians ordered mammograms for 63.7% of patients eligible to receive them, based on current guidelines for breast cancer screening. About 33% of those patients actually got the mammogram done.

But during 5 p.m. appointments, clinicians prescribed mammograms to only about 48% of eligible patients — and, maybe even more significantly, only 17.8% of the patients scheduled and completed the mammogram.

The problem, the study authors guess, is again pretty simple: not having enough time. Doctors and patients who are running late at the end of a day can feel rushed.

It could also be that more medically complex patients tend to schedule appointments in the afternoon, the researchers say. Or maybe doctors and patients both experience “decision fatigue” late in the day, which means it’s hard to make difficult decisions — like one about your health — when you’ve already been overloaded with a day’s worth of questions and problems at work or at home.

“They’ve been making decisions the whole day,” says Dr. Mitesh Patel, a physician and health economist at the University of Pennsylvania, and the senior author of the cancer screening study. Patients “might say, ‘I don’t want to talk about cancer screening today, but let’s talk about it at the next visit.'”

Patel and Hsiang have been working together on a possible solution that shows promising results in early tests: Have someone other than the primary care provider initiate the conversation about cancer screening.

The two doctors and their team piloted a workflow project in 25 primary care practices: In their study, medical assistants, rather than doctors, were the ones to discuss cancer screening with patients, during the check-in for a routine appointment. The medical assistants also ordered the tests, via the electronic medical record, which then required a cosign from a doctor or nurse practitioner.

That way, Patel argues, once the patients to the primary care provider that day, the clinician can focus on the more complex management of the illness or injury, using short appointments to their full potential. Cancer screening, while important, tends to follow broad guidelines, Patel notes, and scheduling it may not require a one-on-one discussion with a doctor.

Patel and his co-authors found that the medical assistant-driven protocol increased how often preventive tests were ordered, but it didn’t affect how likely the patient was to actually complete the test within a year. Getting the test done may still require a nudge from the doctor, he says.

As a primary care physician, I’m intrigued by this kind of research. Some of my patients still want to talk to me about exactly why I’m recommending a mammogram or a flu shot, but many don’t. They understand why this kind of preventative care is important, and they’d rather talk to me about other issues affecting their health.

Still, even the most efficient clinical protocols don’t get at what I worry is the heart of this issue: too little time for most appointments. Neprash agrees.

“It’s always seemed absurd to me to force health care, which is this unpredictable thing, to fit neatly into 15-minute or 30-minute appointment slots,” she says. “Fifteen minutes isn’t the right amount of time for anyone.”

Unfortunately, the 20-minute limits to my appointment schedule aren’t going away anytime soon. Since insurers generally don’t pay as much for primary care as they do for hospital stays or surgeries, most hospital systems require primary care clinicians to stick to short appointment slots. Anything longer, many health care administrators argue, and the clinics would lose too much money.

So, for now, I continue to do my best to be aware of the downside, and make sure even the patients I see at the end of the day are getting the same excellent care as those I see early on.

And when family and friends ask me for my advice, I tell them to schedule their appointments for first thing in the morning.

Mara Gordon is a family physician in Camden, N.J., and a contributor to NPR. You can follow her on Twitter: @MaraGordonMD.