How A Baby Caused A Revolutionary Change In Pakistan 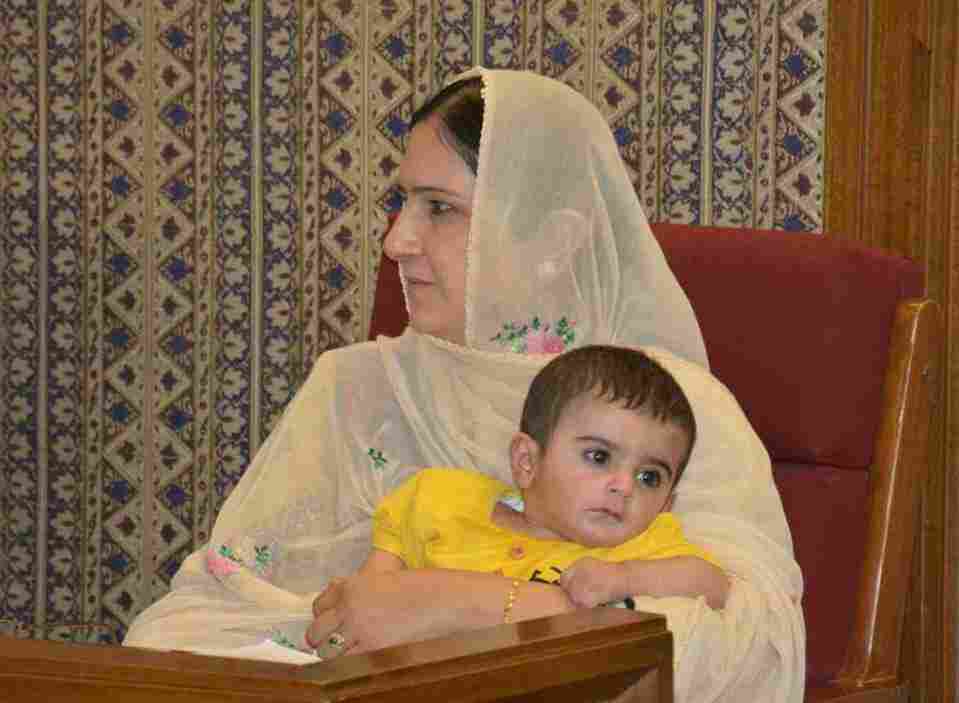 Assemblywoman Mahjabeen Sheran on the day she brought her 8-month-old son to a session in Pakistan’s Balochistan province. The secretary of the assembly said babies were against the rules. 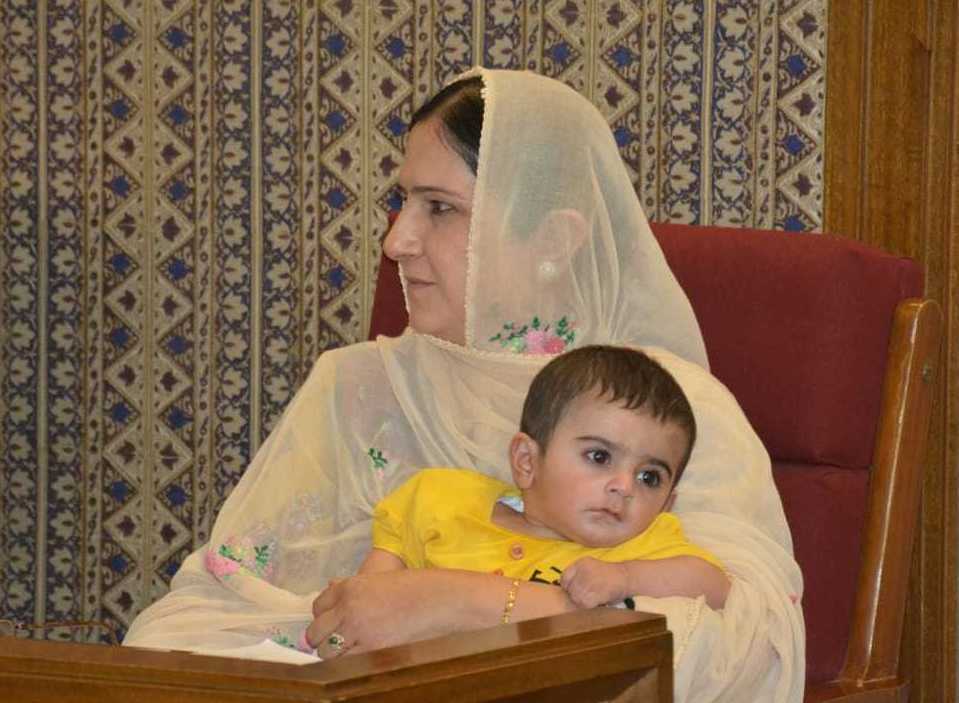 Assemblywoman Mahjabeen Sheran on the day she brought her 8-month-old son to a session in Pakistan’s Balochistan province. The secretary of the assembly said babies were against the rules.

This is a story about a fussy baby.

But don’t worry, it has a happy ending.

On April 29, Mahjabeen Sheran of Balochistan, Pakistan, faced a problem familiar to every working mom.

She had a child care crisis.

The family member who usually watches her 8-month-old son wasn’t able to come to Sheran’s home. And Sheran had a pressing work obligation. In 2018, she was elected to the parliament in Balochistan, the poorest province in Pakistan with the worst statistics for maternal and child health.

There was an assembly meeting on the 29th. Sheran, who serves as the secretary for law and parliamentary affairs and women’s development, did not want to miss the session.

So she brought her baby with her and left him in the care of a staff person in a room reserved for female members of parliament to conduct private business.

Only her son was a little cranky. So Sheran brought him into the assembly. He wasn’t crying, she says. But when she sat with her child in her assigned seat, there was an outcry.

The secretary of the assembly said it was against the rules to bring in a child and instructed a member of parliament to tell Sheran to take her baby out of the room.

“I was so embarrassed and uncomfortable that I picked up my baby and left,” she says. “I could expect this from male members, but I was so disappointed when I saw no female member stood up for me. They should have understood a mother’s situation and boycotted the session.” The breakdown in the assembly is 54 men and 11 women.

Sheran says that even if she broke a rule, there are lots of parliamentary rules that male members break. Eating and drinking in the assembly are prohibited, she says, “but it’s normal that members are eating chocolate, chewing gum and drinking water.”

She asks: “So rules can be broken if you are a man?”

After the experience, Sheran heard from many working moms who shared their stories about a lack of child care options. “One woman told me that a few times she brought her child to the office when she had no one to babysit the child at home,” Sheran says. “She hid the baby under the desk when the boss came.”

Indeed, the incident with Sheran illustrates the need for “gender-friendly workplaces” in Pakistan, says Farzana Bari, director of the gender studies center at Quaid-e-Azam University. “What happened with Mahjabeen was absolutely shameful. It would be a good step if day care centers will be established in the parliaments. This will not only be helpful for women, but men members should also utilize this facility to give their wives a relief and share equal responsibility.”

“If parliaments have these standards, this will set an example,” she says. Better options for child care might help Pakistan meet its “Vision 2025” goal, calling for an increase of women in the labor force from its current 22% to 45%.

And better child care might help Pakistan climb from its second-to-the-last spot on the Global Gender Gap Index.

Yusra Qadir, a young engagement and social inclusion specialist with UNDP, tweeted: “Gender parity can’t be addressed if women are seen as sole custodians of homes and kids. With no public facilities for child care and such barrings [as in Sheran’s case], how can women contribute equally …. Has some notice been taken?”

In fact, notice was taken.

Sheran now reports that the assembly members had a change of heart. “Everyone is showing sympathies, and they realized they were wrong.” Shakeela Naveed, a member of the Balochistan assembly who was not present on April 29, said that what happened wasn’t an insult of a member but “an affront to motherhood.”

What’s more, on June 13, the chief minister of Balochistan, Jam Kamal Khan, pledged to establish a day care center in the assembly for the representatives as well as employees.

It will be the first provincial assembly in Pakistan to have a day care facility. The fact that it’s in the deeply patriarchal province of Balochistan is all the more remarkable.

“I feel very proud of this achievement,” says Sheran. “This will serve as a blessing for other mothers who will become a part of this parliament in the future.”

And she says she is working on a bill to “advocate for this facility in all government offices, universities and other institutions so that women can work with undivided focus and perform well in their professional lives.”

The determined mom and assemblywoman promises: “I will not stop here.” As she tweeted: “Day care centers aren’t a luxury, they are a necessity!”

Benazir Samad is a journalist from Pakistan currently in the U.S. as part of the Hubert H. Humphrey Fellowship Program, a Fulbright program that is sponsored by the U.S. State Department. She tweets @benazirmirsamad.