Menopause and insomnia: Could a low-GI diet help? 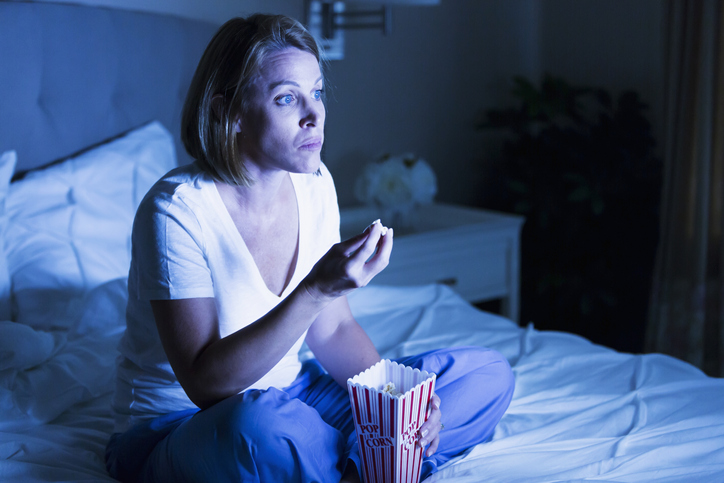 Insomnia is a serious medical problem defined by frequent difficulty falling or staying asleep that impacts a person’s life in a negative way. Hormone changes around menopause can lead to sleep problems for many reasons, including changing sleep requirements, increased irritability, and hot flashes.

Researchers recently looked at detailed dietary data from over 50,000 postmenopausal women (average age 63) enrolled in the Women’s Health Initiative study between 1994 and 2001. Carbohydrate intake was measured in several ways: glycemic index (GI) and glycemic load (GL), measures of added sugars, starch, total carbohydrate, and dietary fiber, and specific carbohydrate-containing foods such as whole grains, processed or refined grains, whole fruits, vegetables, and dairy products. They then looked at each participant’s risk of developing insomnia after three years of follow-up.

What is the glycemic index of food, and how could this affect sleep?

The glycemic index (GI) is a ranking of foods on a scale from 0 to 100 according to how much they raise blood sugar levels after eating them. I’ve written previously about planning meals with knowledge of the GI and the glycemic load of foods. High-GI foods are those that are rapidly digested, absorbed, and metabolized, and cause spikes in blood sugar and insulin levels. Some examples of high-GI foods include anything made with processed grains (bread, pasta, baked goods, white rice) and anything containing added sugars (sugary beverages, sweets).

Low-GI foods don’t cause your blood sugar and insulin levels to spike, and include plant foods such as most fruits and vegetables, legumes and beans, nuts, seeds, and whole grains. Even plant foods that have a high GI — such as bananas and watermelon — are not likely “bad” for you when eaten in moderation.

Researchers hypothesize that high-GI foods cause insomnia because of the rapid spike and then crash of blood sugar levels. Essentially, what goes up must come down, and after blood sugar and insulin levels peak, they tend to drop, which can cause a lot of symptoms, including awakening from sleep. The researchers of this new study cite multiple studies supporting this theory.

Nutrition is critical for so many aspects of our health, including sleep

So how can you apply these findings?

In addition to practicing good sleep habits, here are some additional ways postmenopausal women can incorporate what we have learned from this study to sleep better (and be all-around healthier):

About Glycemic index. The Boden Institute of Obesity, Nutrition, Exercise and Eating Disorders and Charles Perkins Centre at the University of Sydney.

ShareTweet
Comments Off on Menopause and insomnia: Could a low-GI diet help?