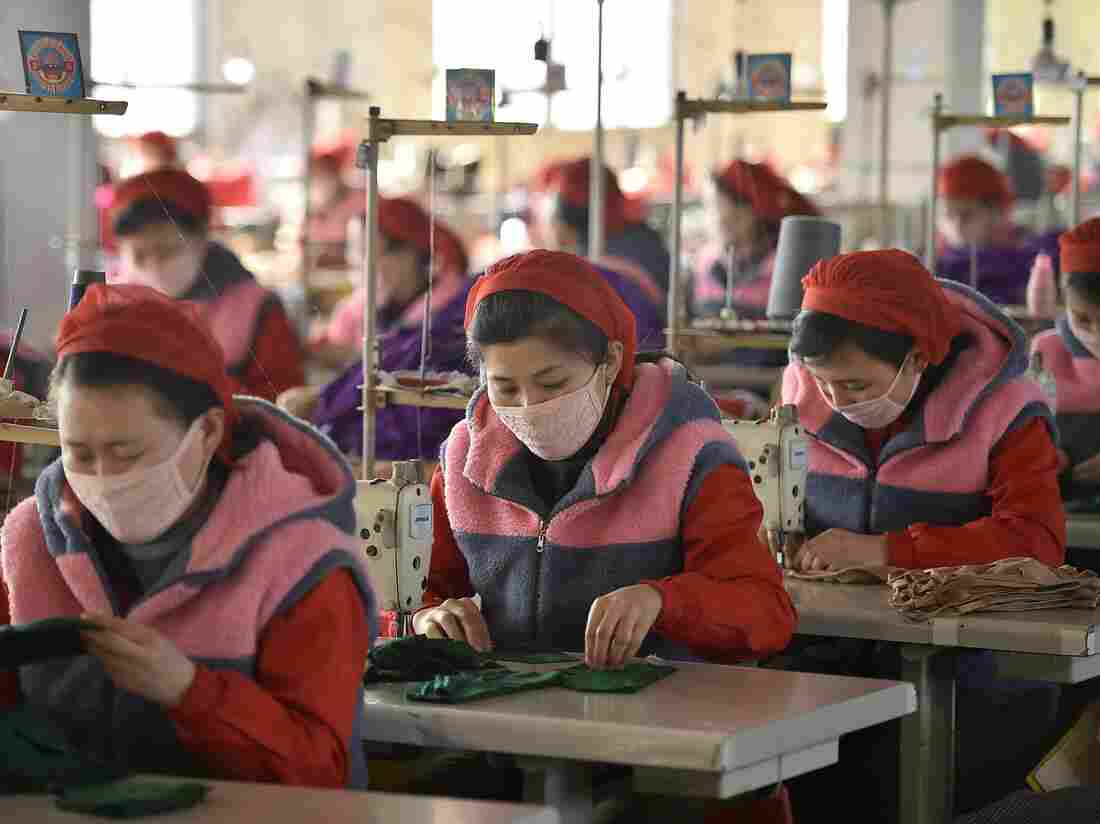 Workers in Pyongyang produce masks for protection against the new coronavirus. Experts say North Korea’s track record of fighting epidemics does not bode well for its handling of the coronavirus outbreak. 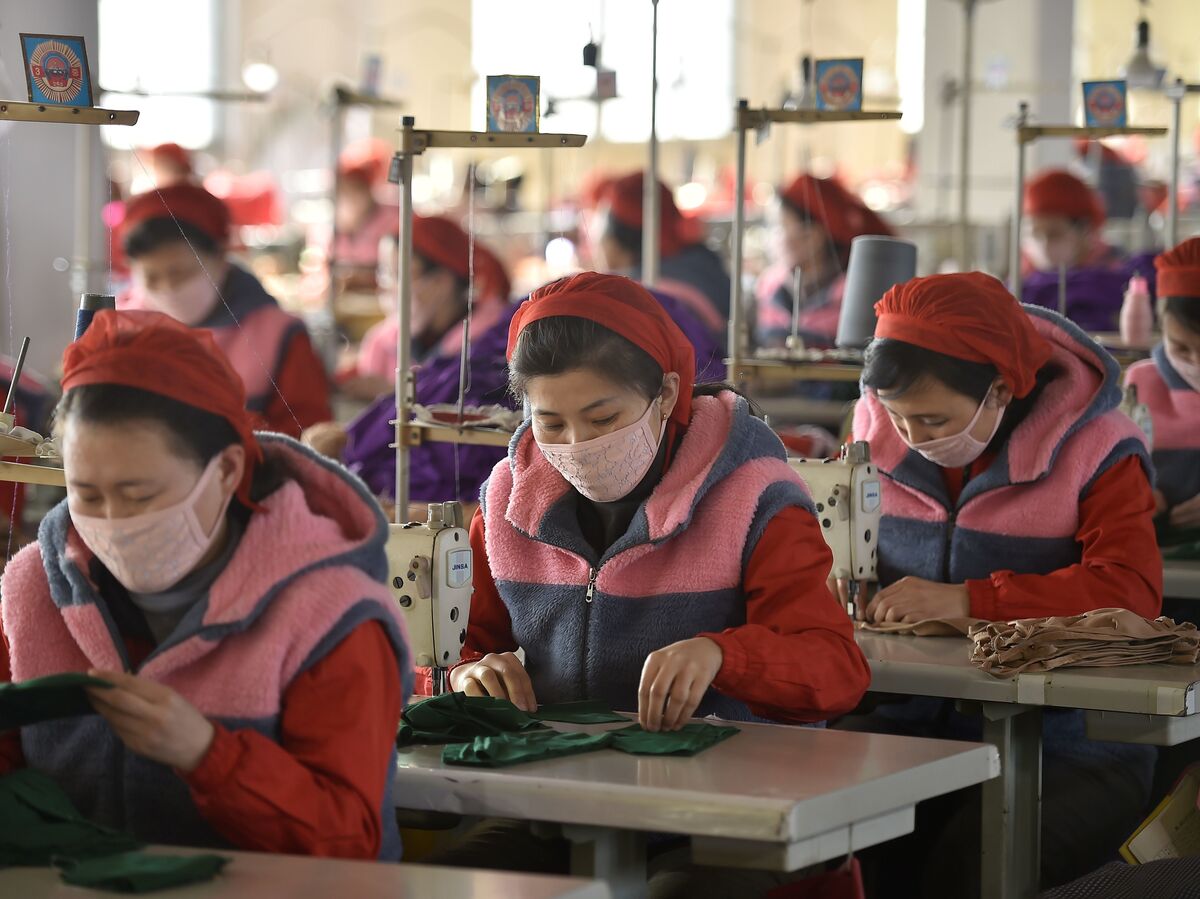 Workers in Pyongyang produce masks for protection against the new coronavirus. Experts say North Korea’s track record of fighting epidemics does not bode well for its handling of the coronavirus outbreak.

As China’s neighbors battle the spread of the coronavirus, one nation in particular is arousing international concern: North Korea. While the country publicly insists it is completely free of the virus, and a World Health Organization official has said there are “no indications” so far of COVID-19 infection there, experts question how long that may be the case.

“Not one novel coronavirus patient has emerged,” North Korea’s flagship Rodong Sinmun newspaper recently quoted Song In Bom, an official with an emergency health committee, as saying. Song credited his country’s prompt response and establishment of a quarantine system for the lack of cases.

South Korea’s Unification Ministry, which is in charge of inter-Korean relations, said Monday that Pyongyang had reported to the World Health Organization that it had tested 141 suspected cases of coronavirus and all came up negative.

But South Korean media, relying on anonymous sources, have reported cases of COVID-19 in North Korea, some of them fatal. Those reports have not been independently confirmed. In a statement last week, State Department spokesperson Morgan Ortagus said, “The United States is deeply concerned about the vulnerability of the North Korean people to a coronavirus outbreak.”

As of Thursday, the death toll from COVID-19 exceeds 2,100. More than 100 cases have been confirmed in South Korea.

Pyongyang says it has mobilized quickly to fight for its “national survival.” It has closed its border and cut transport links with neighboring China, extended its quarantine period from 15 to 30 days, and restricted the activities of foreign diplomatic and international organization staff in Pyongyang.

Observers believe fears of the virus may also have led North Korean leader Kim Jong Un to reduce his public appearances and scale back or cancel military parades and exercises. He was not seen in public between Jan. 25 and Feb. 16.

Reports suggest that closing the border with China, North Korea’s main trading partner, has caused economic activity to slump and prices to soar.

Freedom of movement within the country is restricted even in ordinary circumstances, which could slow spread of the disease. And North Korea’s system “makes it very easy for doctors to organize,” says Dr. John Linton, head of the International Health Care Center at Severance Hospital in Seoul. If medics bring an X-ray machine to a village, for example, “the doctor will blow a whistle and everyone will line up,” he says.

Linton, a descendant of American missionaries, was born and raised in South Korea and has visited many of North Korea’s provincial and county-level hospitals, where he helped build operating rooms and fight tuberculosis.

Some hospitals, he says, don’t even have running water. Hands are washed in basins of still water and disinfectants. He says he has seen “disposable gloves being used twice … beer bottles functioning as IV containers.”

Despite Pyongyang’s claim that North Korea has no cases, Linton says North Koreans have reached out to him through back channels to ask for supplies.

“Through private sources, they’re asking for disposable gowns, gloves and hazmat suits, which are undoubtedly lacking,” he says. “So something is going on, otherwise they wouldn’t be asking for this.”

Linton wants to deliver supplies, but international sanctions against North Korea complicate things. He warns that if COVID-19 becomes a pandemic and spreads there, “it’s not just their health issue. It’s our health issue.”

North Korea’s track record of fighting epidemics does not bode well for its handling of the coronavirus outbreak, other experts warn. Other communicable diseases are widespread in the country, which has one of the world’s highest rates of tuberculosis and an estimated 15% of the population is infected with Hepatitis B.

“Past epidemics that originated in China have always spread to North Korea, and vice versa,” says Choi Jung-hoon, a North Korean neurologist who defected to South Korea in 2012. During the 2003 SARS epidemic and other disease outbreaks, he says, cases in North Korea often went unreported or underreported.

Choi recalls working to contain an outbreak of scarlet fever in 2006 and 2007. His job was to look for infected passengers aboard North Korean trains.

“On the train, there were all kinds of people, North Koreans of every class, who needed to get somewhere,” he says. “Male and female, young and old, everyone.”

Choi roamed the aisles, scanning for travelers with rashes or signs of fever.

“During the four months that I was on the trains, I think I found over 500 suspected patients,” he says.

The only problem was that the patients he found had measles — not scarlet fever. North Korea is unable to identify many diseases, Choi says, let alone contain them.

“I don’t think the North Korean government has the capability or the will to quarantine the patients,” he says, in the event of a coronavirus outbreak.

He also questions North Korea’s claims to have sealed its porous border with China. He notes that smugglers go back and forth across rivers separating the two countries.

“I believe that they still travel across the border to make a living,” he says, “and I’m pretty sure that they have carried the virus from China.”

Choi says his job of identifying those with scarlet fever put him at risk of becoming infected himself. But he had little choice. And besides, infection was hardly the only risk.

“After work, we doctors would sit around and drink and talk about the day. We would get drunk, but even then, we were careful not to comment on our political system.” Doing so could land them in a labor camp.

In other words, criticizing North Korea’s handling of an epidemic can sometimes be more hazardous than the disease itself.