Here are all the photos, fun, and food from our annual Outer Banks family trip to Duck, North Carolina. Hurricane Isaias didn’t get us down! 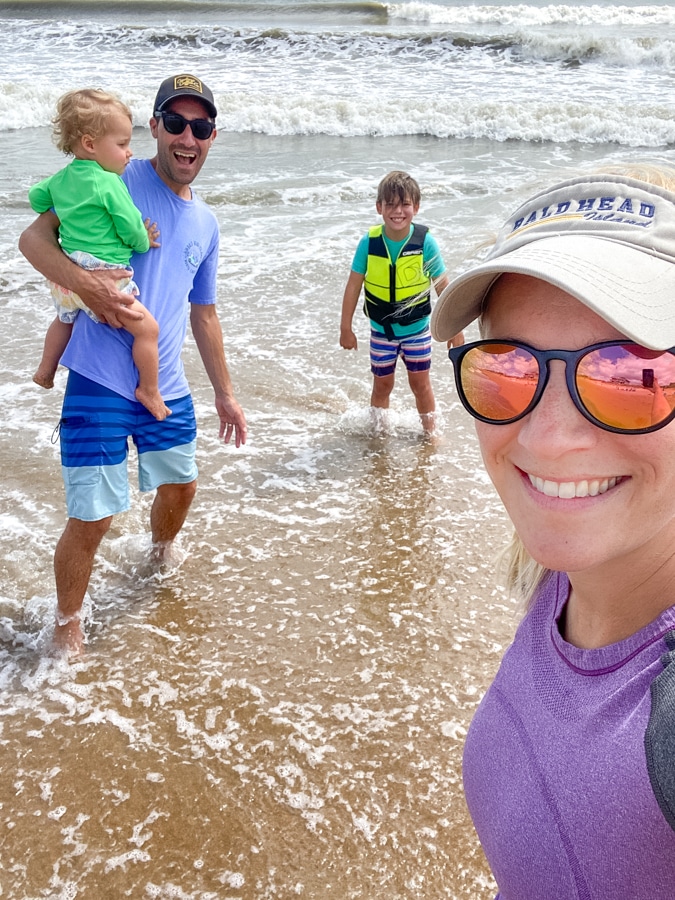 It’s the tradition to go to Bald Head with my side of the family at the beginning of the summer and join Thomas’s side of the family for an Outer Banks family trip to Duck as our end-of-summer last hurrah before we start thinking about back to school*. *Or whatever. We rented a house in Duck that T’s family had rented about 10 years prior for several years in a row. It had all the bells and whistles: an oceanfront view, a pool for the kids, a hot tub, an “arcade” for the big boys, bunk beds, and a rustic, beachy feel. 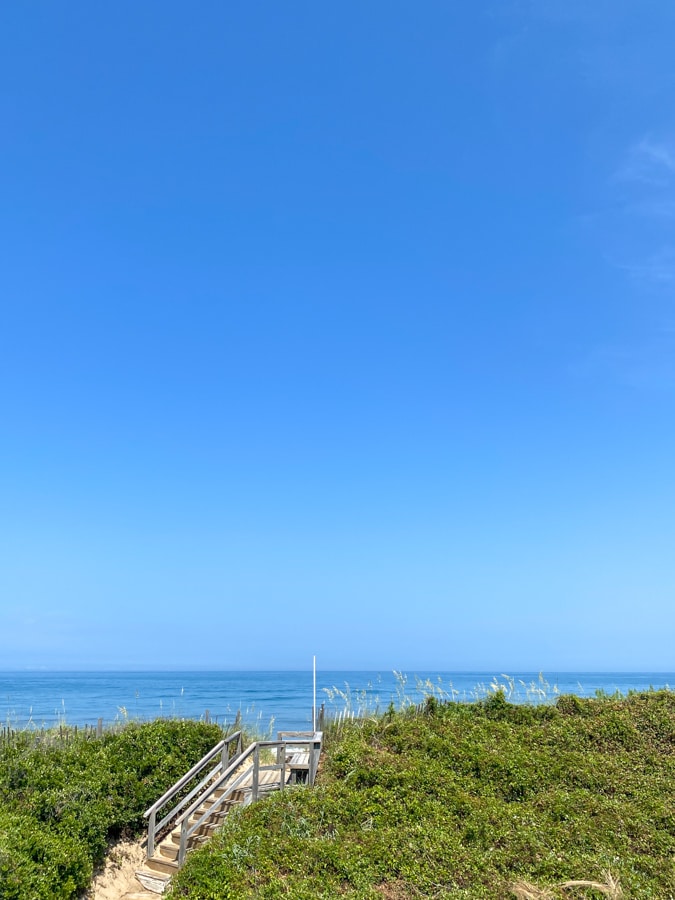 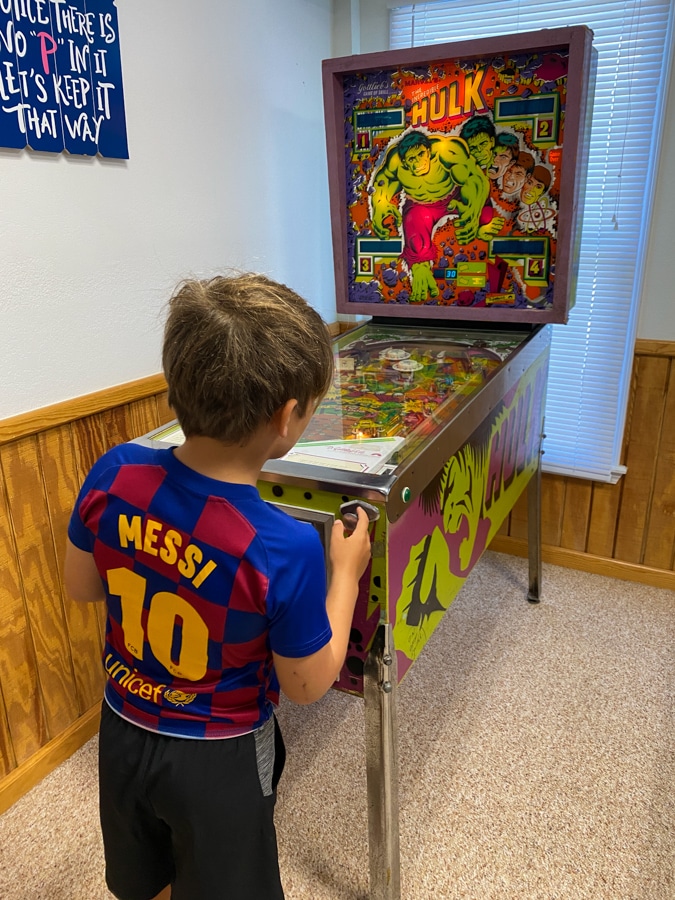 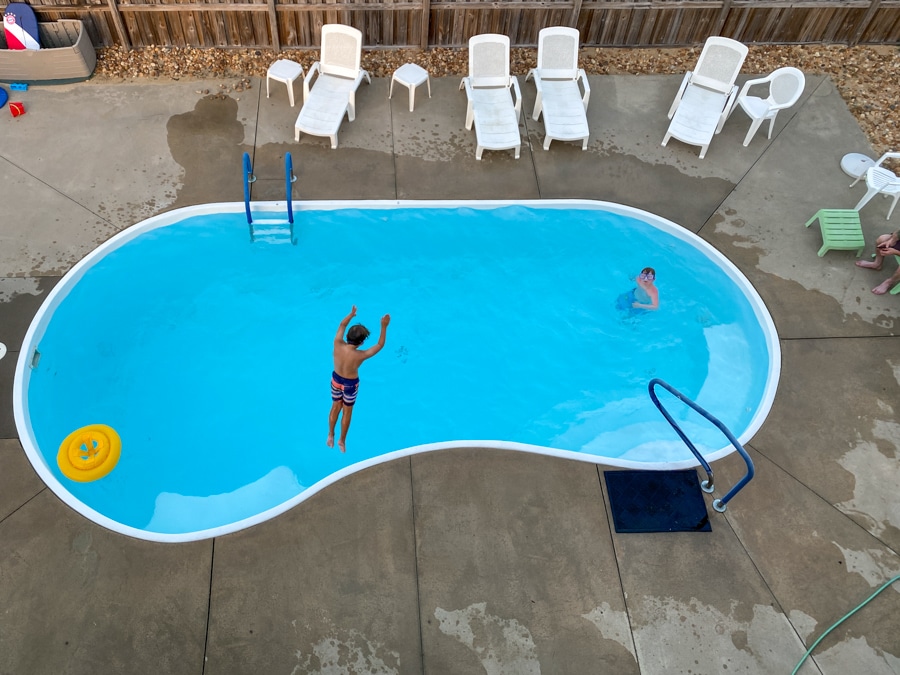 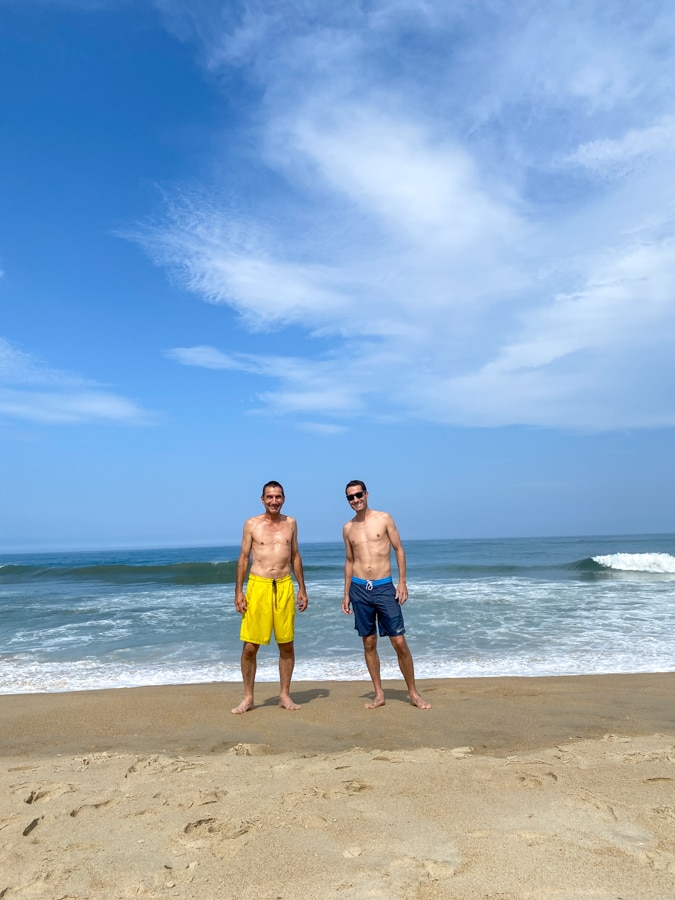 Beach with a Toddler…

…was much easier than beach with a baby! Birch was quite happy out there. He was happy just sitting in the sand, and Grandpa created a shell game that kept him busy ALL week moving them from one spot to the next, lining them up in rows, and doing all kinds of “work.” : ) 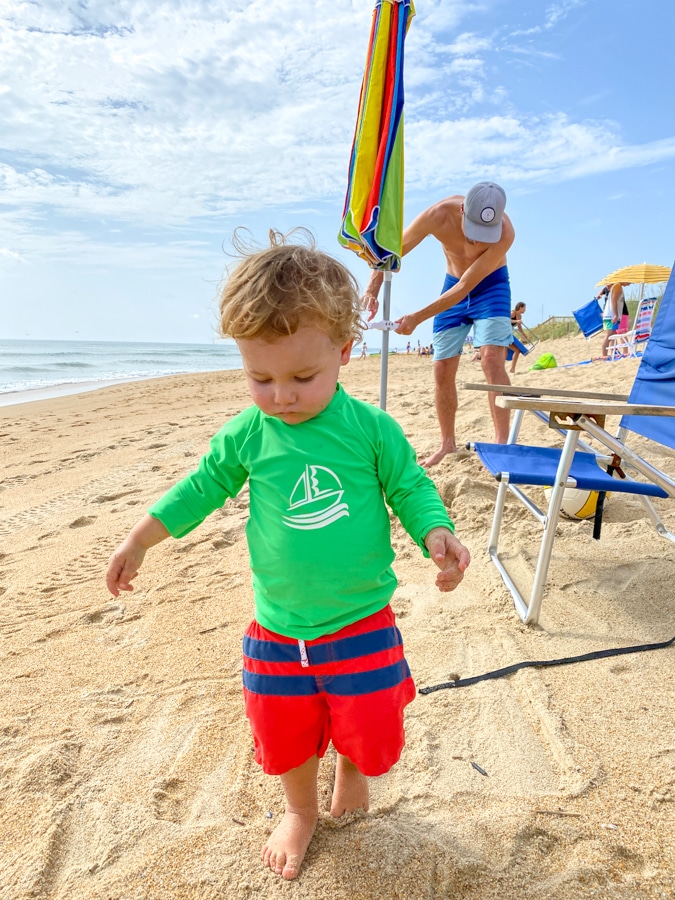 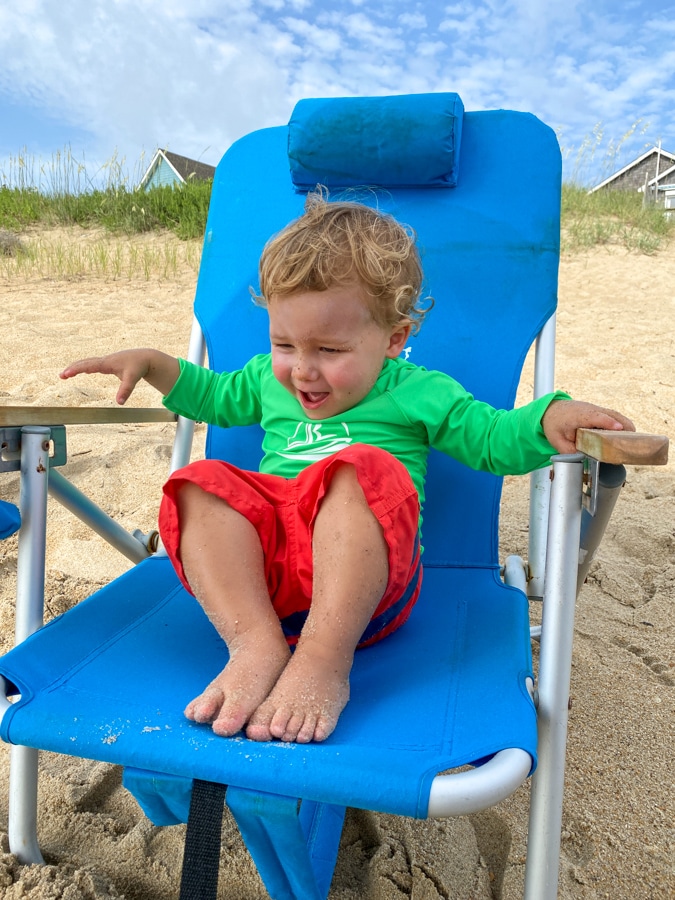 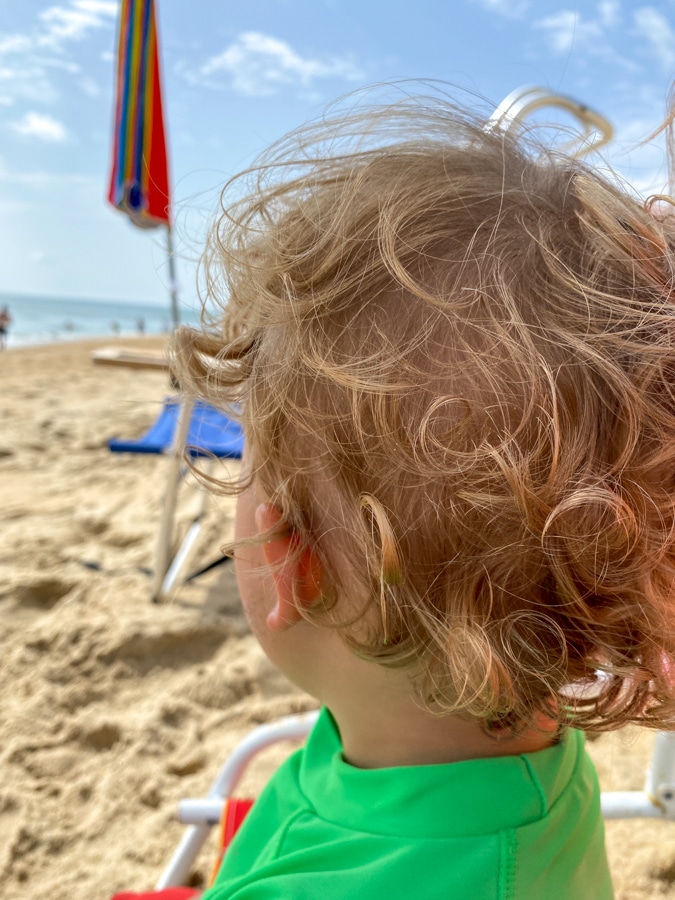 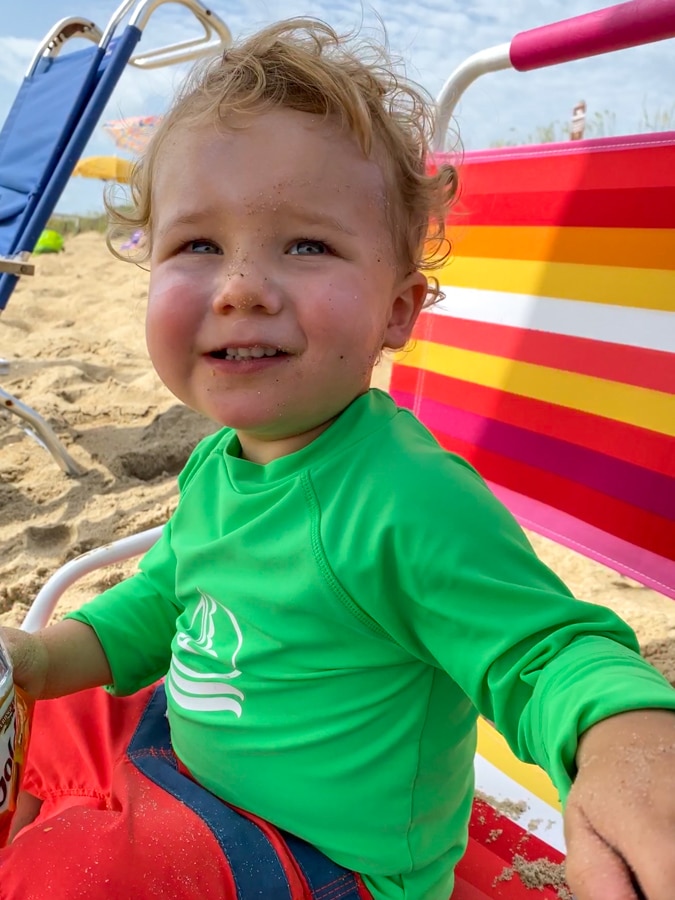 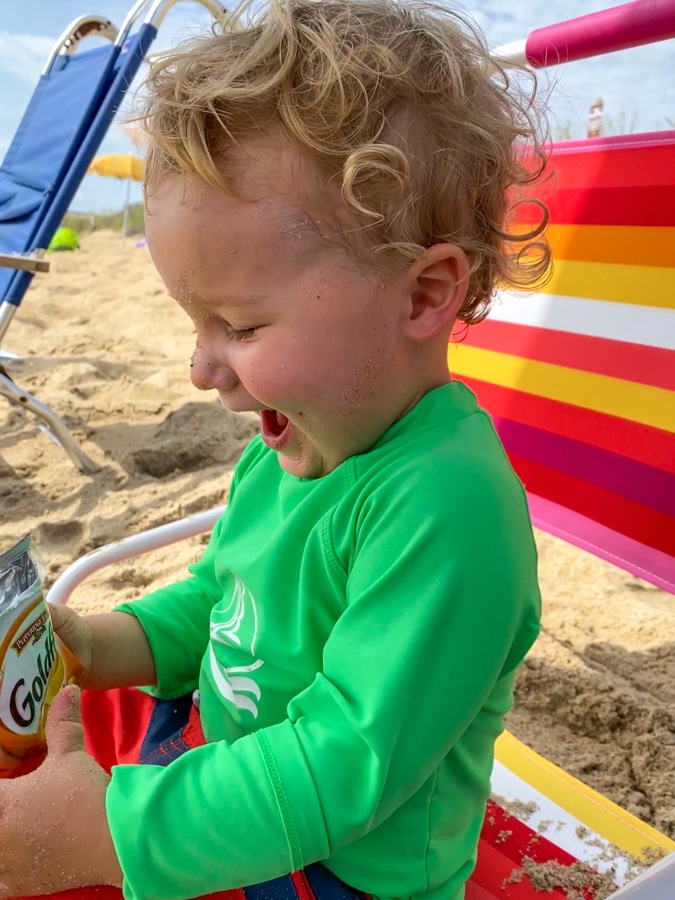 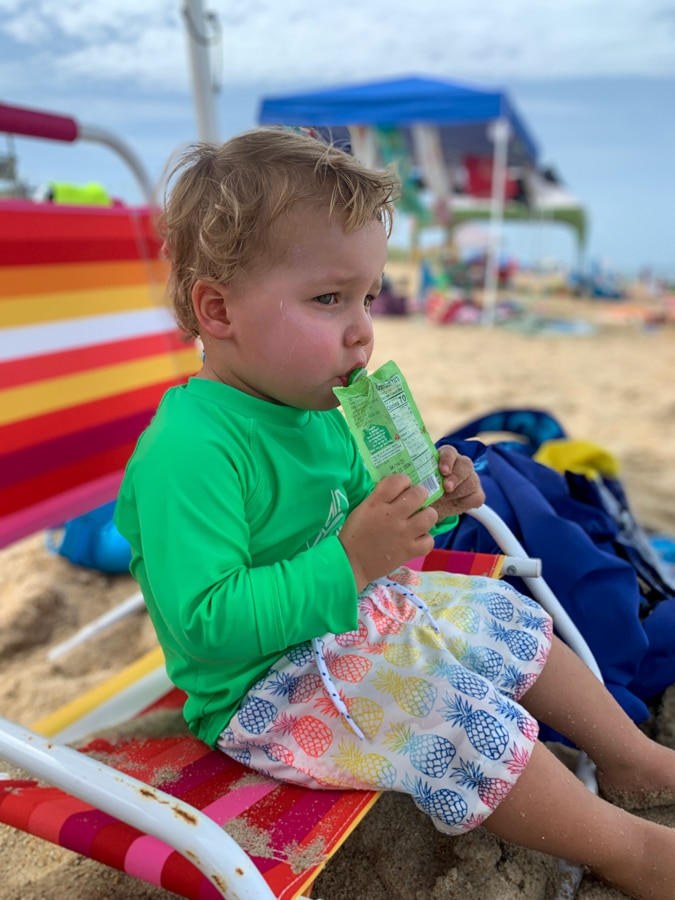 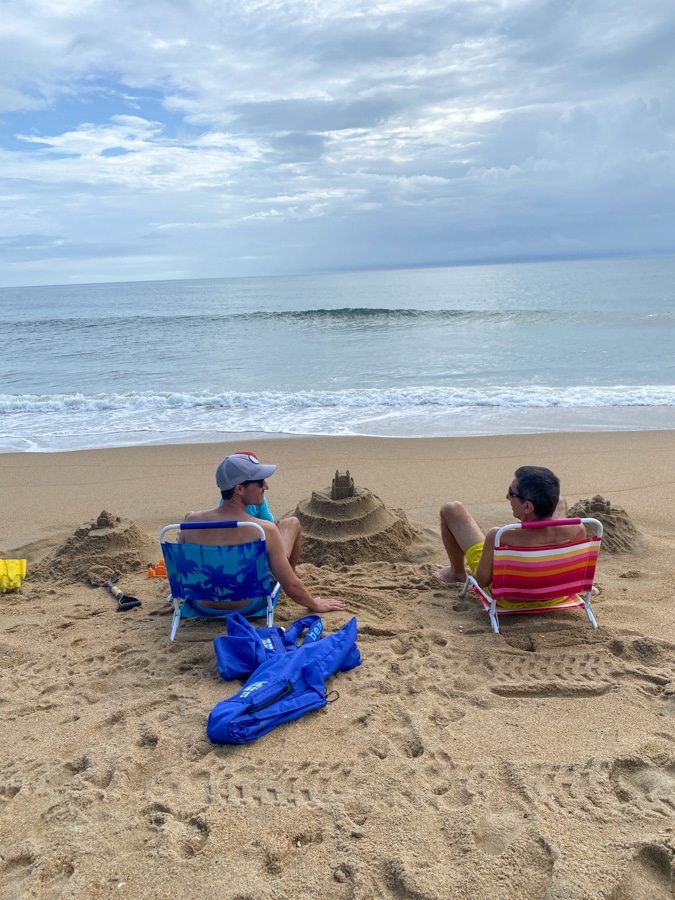 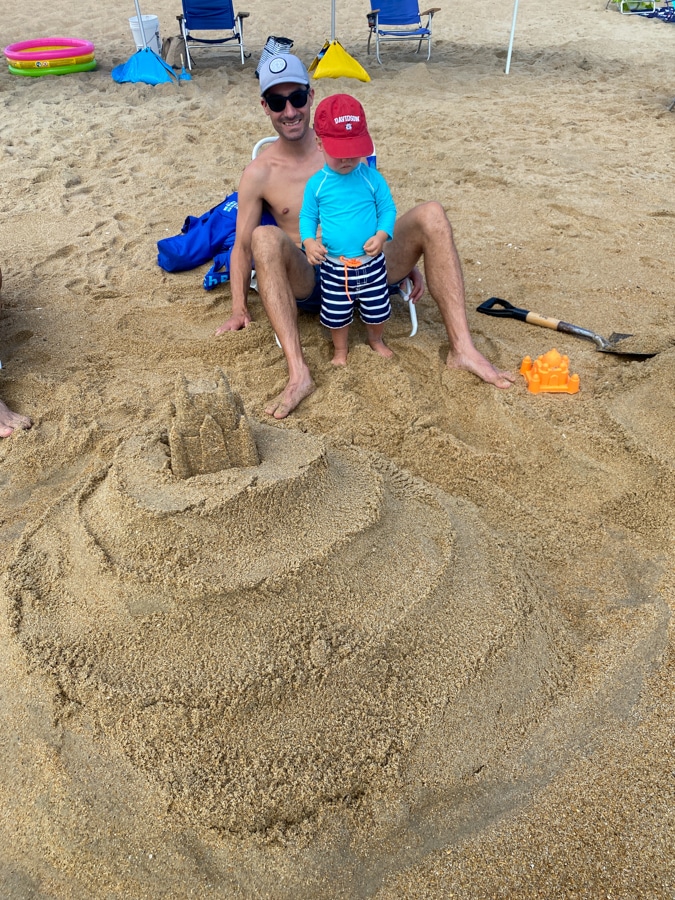 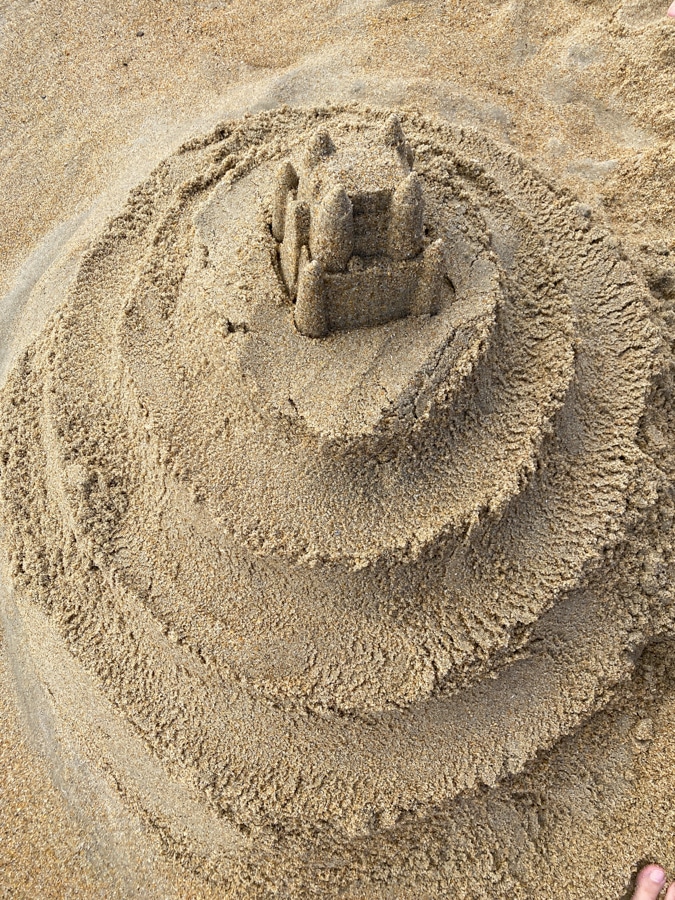 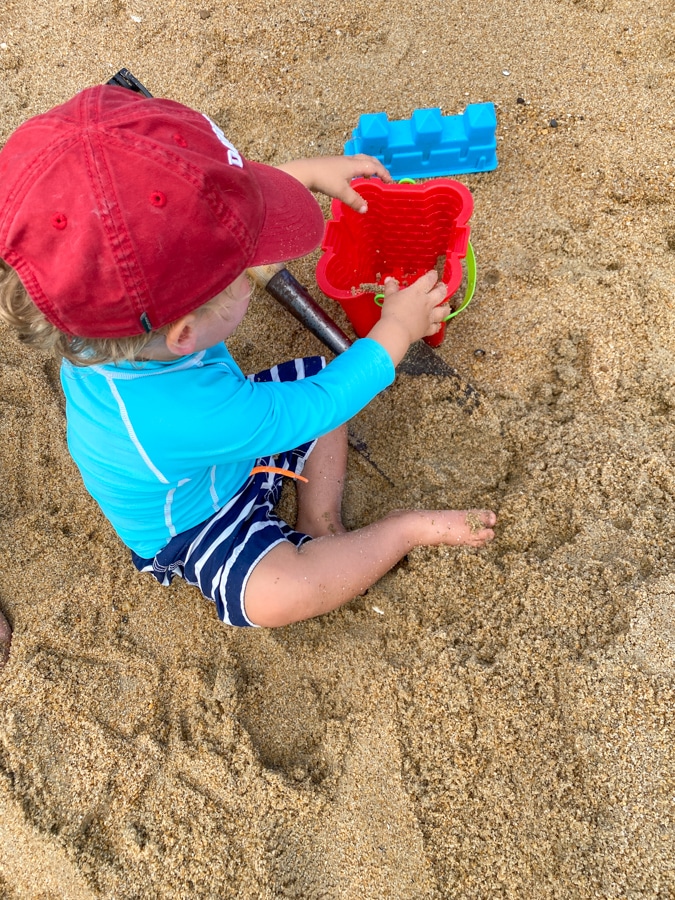 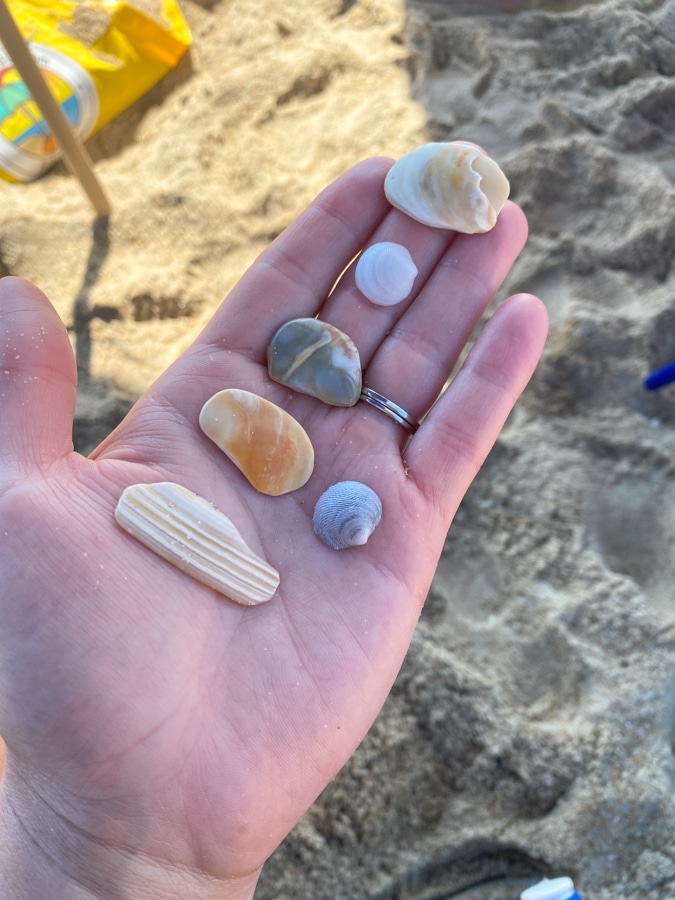 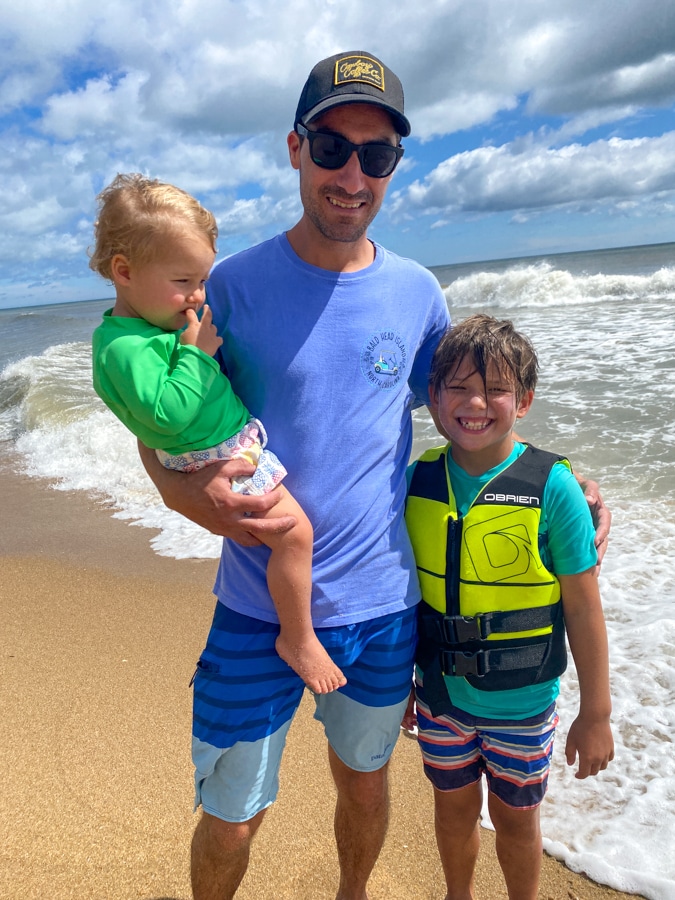 Of course Nona was in heaven with her three grandsons there. Both of my boys loved playing with Nash! Mazen and Nash played HOURS of Star Wars make believe games. 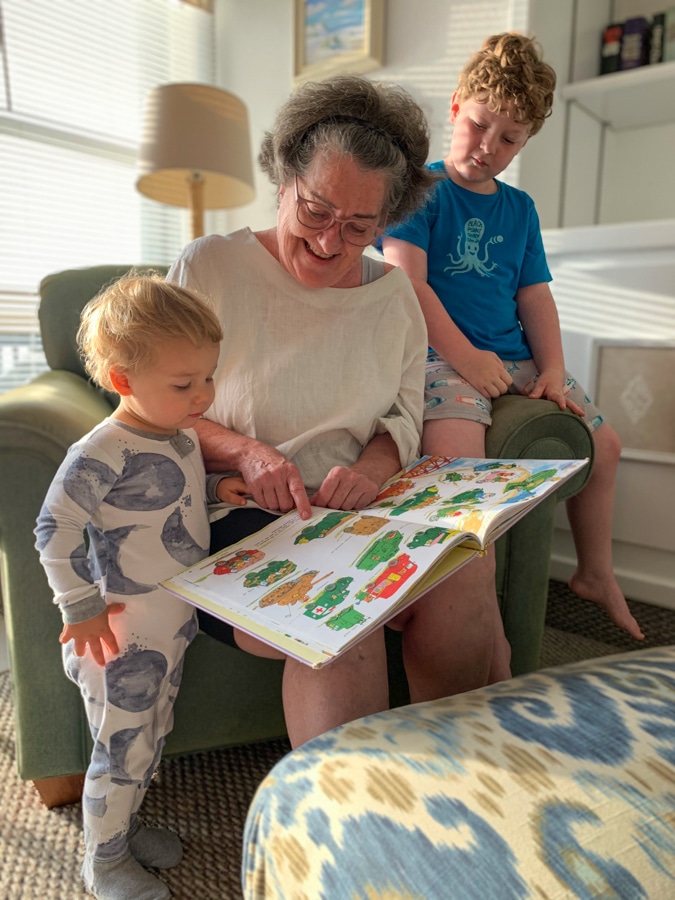 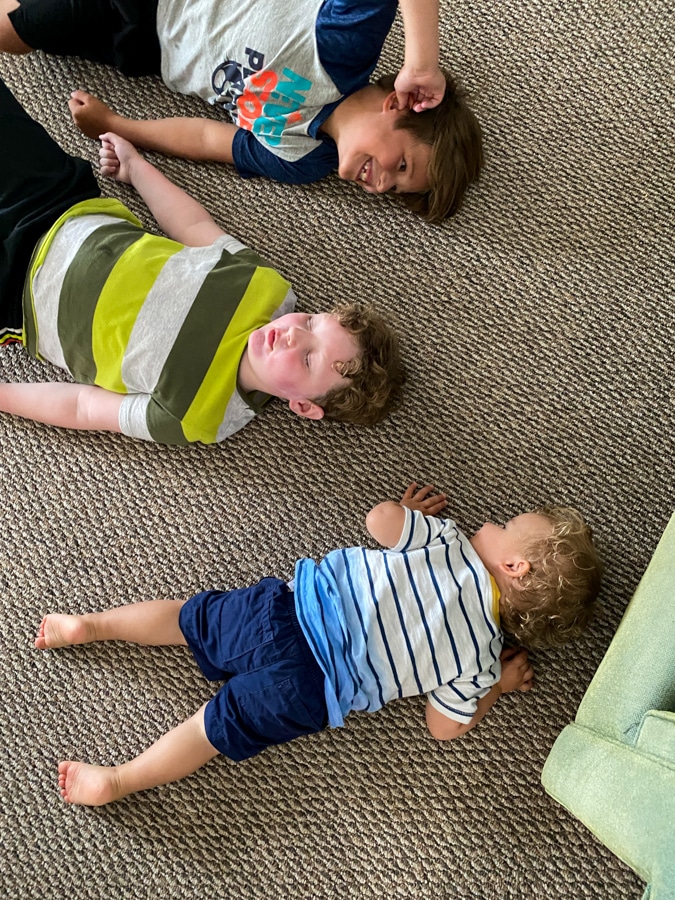 ‘Tis tradition to get a bushel of crabs! It’s silly Mazen likes to pick crabs but won’t eat blueberries. 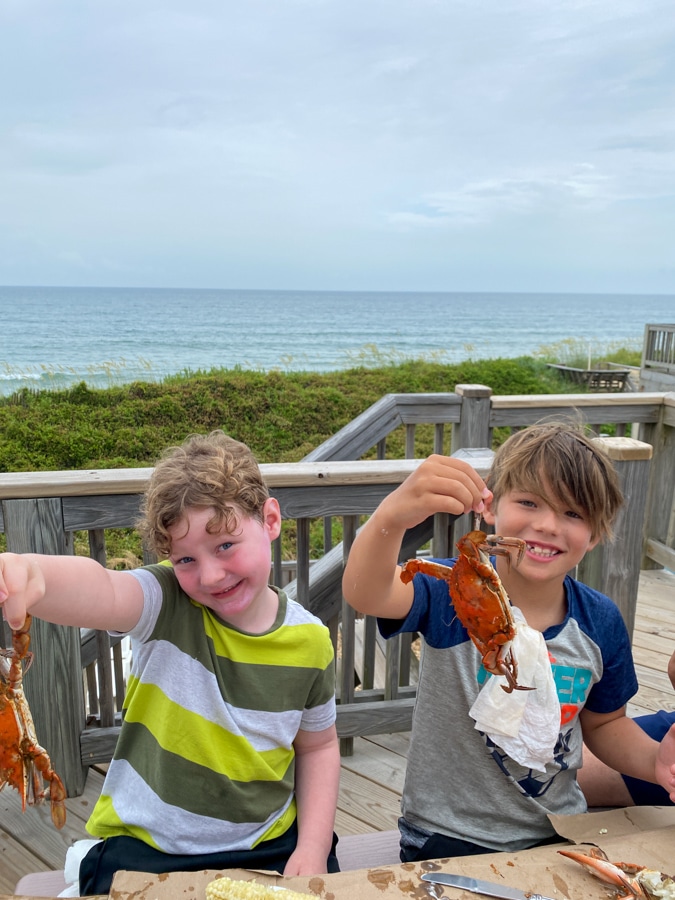 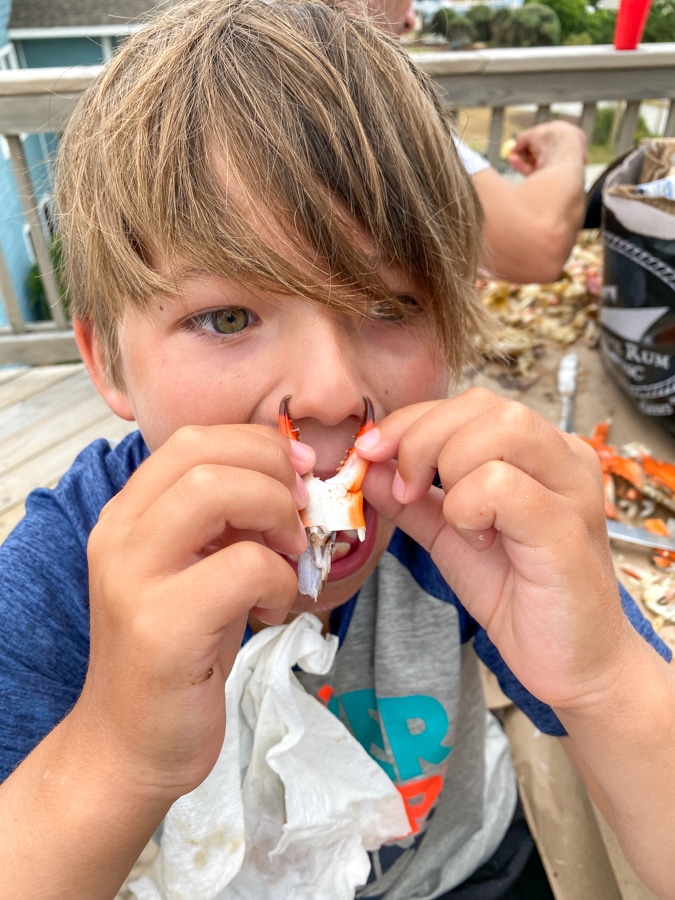 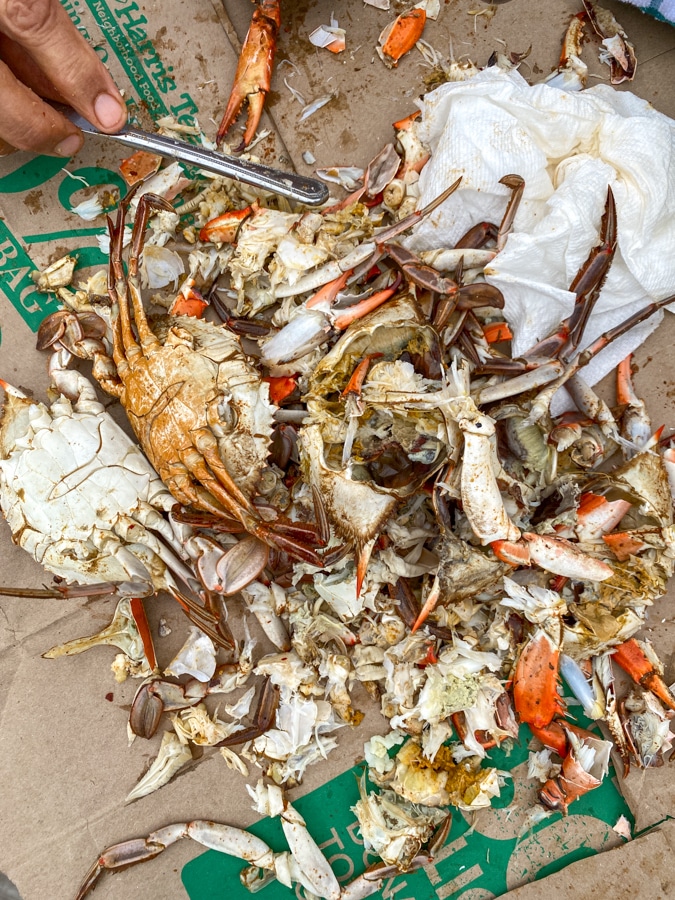 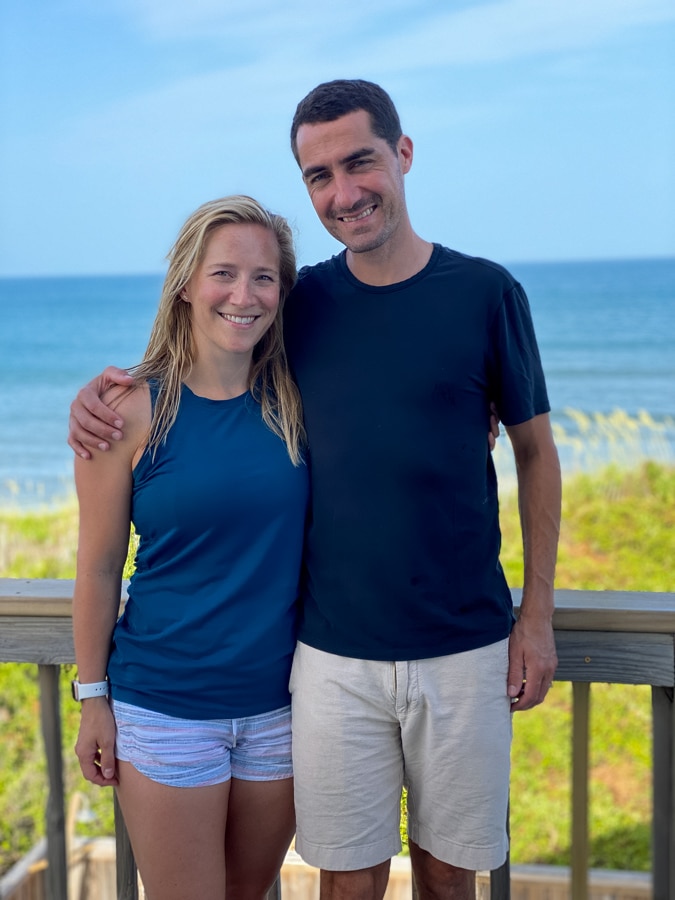 We also had pizza on the first night and shrimp with pesto pasta on our second. 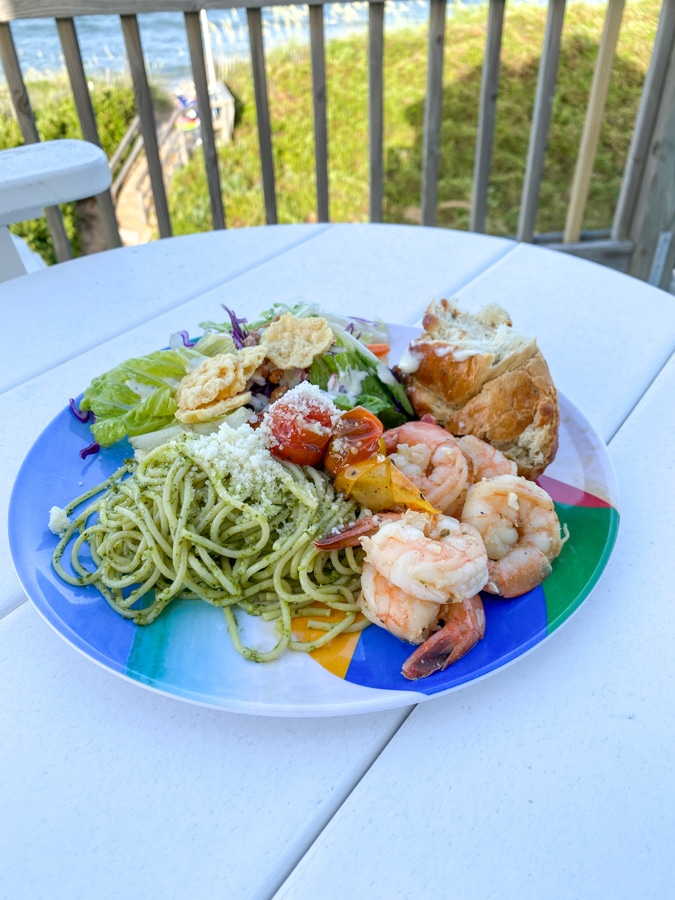 And for lunch everyday we had sammies! I came home missing salads, but sandwiches are easier to make via assembly line and eat while walking around kids. 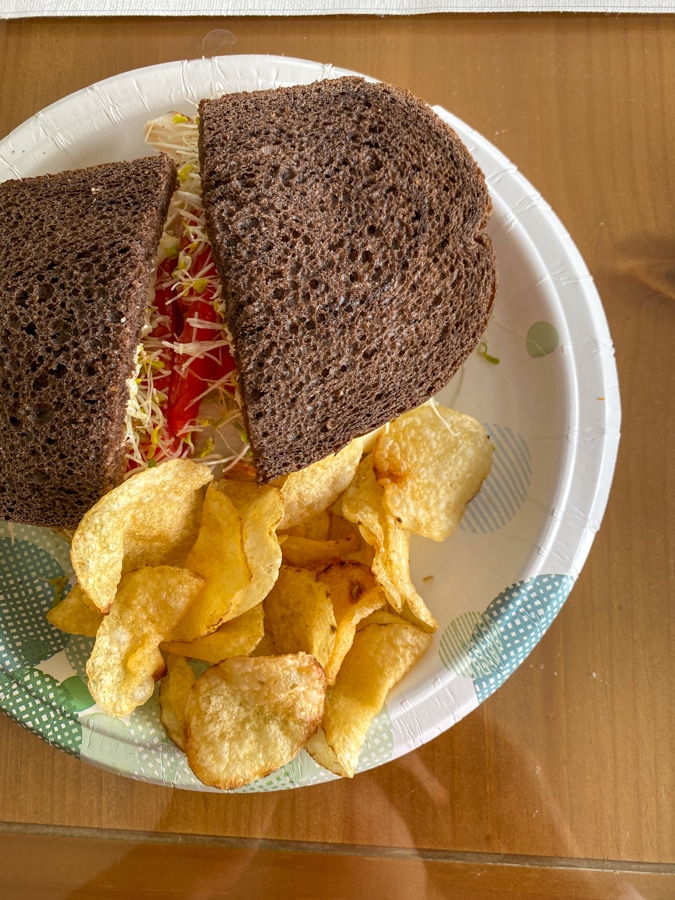 We also had a lot of bagels for breakfast, which we brought from Bodos in Cville. With fresh summer fruit. 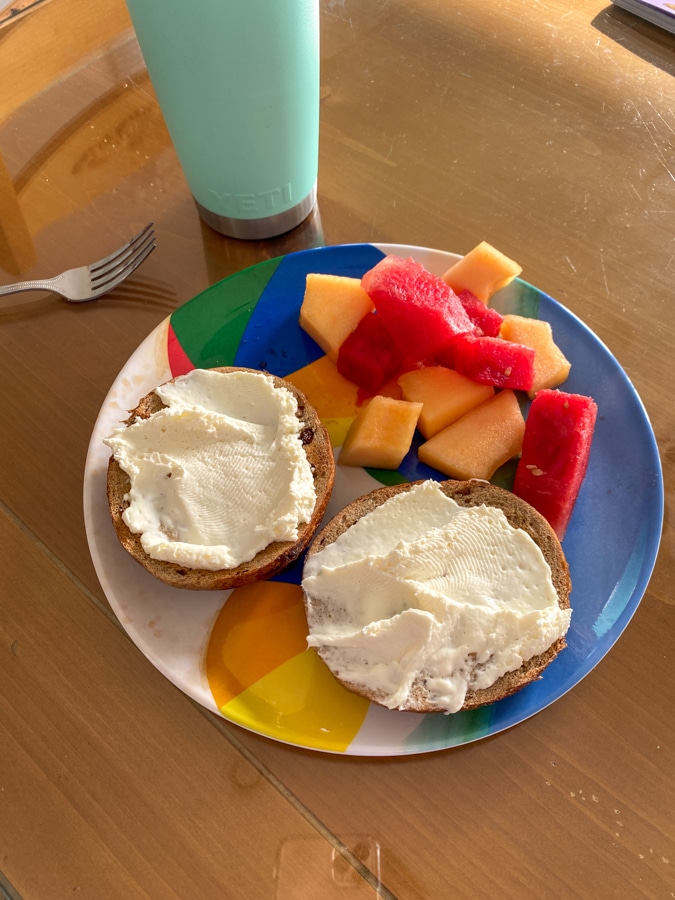 Hurricane On The Move

In the week or so leading up to our trip we were all quite worried that Hurricane Isaias would take a turn for the Outer Banks. After four days of rain at Bald Head in June, we were hoping for lots of sunshine and definitely didn’t want to cancel the trip or evacuate. You know how those hurricanes can sit and churn for days! But we got so lucky. Not only did the hurricane take a more inland path, but the whole thing blew through while we were sleeping. Well, some of us slept. I laid awake in bed from 3:30 am till sunrise listening to the wind howl, thunder clap and things go all kinds of bump in the night!

Bumps in the night

We had secured our beach gear and some of the lighter objects outside, but one particularly loud crash had me so curious to peek outside. (I didn’t want to open the door in case it created a wind tunnel inside!) When I finally did get up to look out there with first morning light I saw that the hot tub cover (which had been strapped on with an X) had flown about 30 feet totally around the deck! We’re lucky it didn’t break the door. 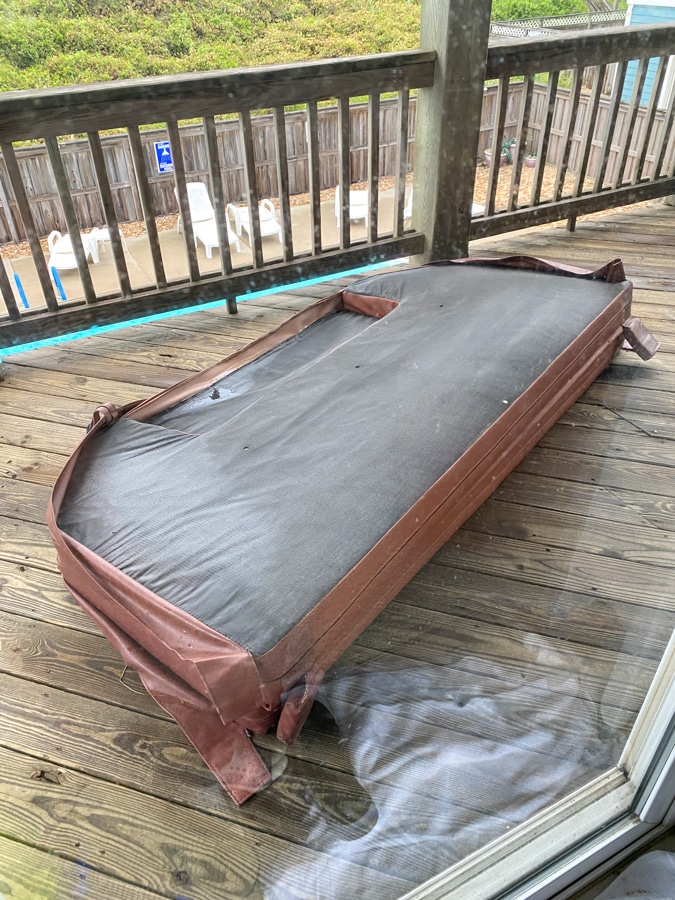 Kind of like how sometimes women go into labor at midnight and have a baby by sunrise, this storm blew by so quickly. I think we had winds in the 60-75 mph range, and I watched the radar creep closer until the front hit around 3:30am. By 8 am the winds had died down and the rain was gone, although the ocean waves were still crazy wild. There was a lot more damage in the eye path, and a tornado did some damage on Bald Head Island. 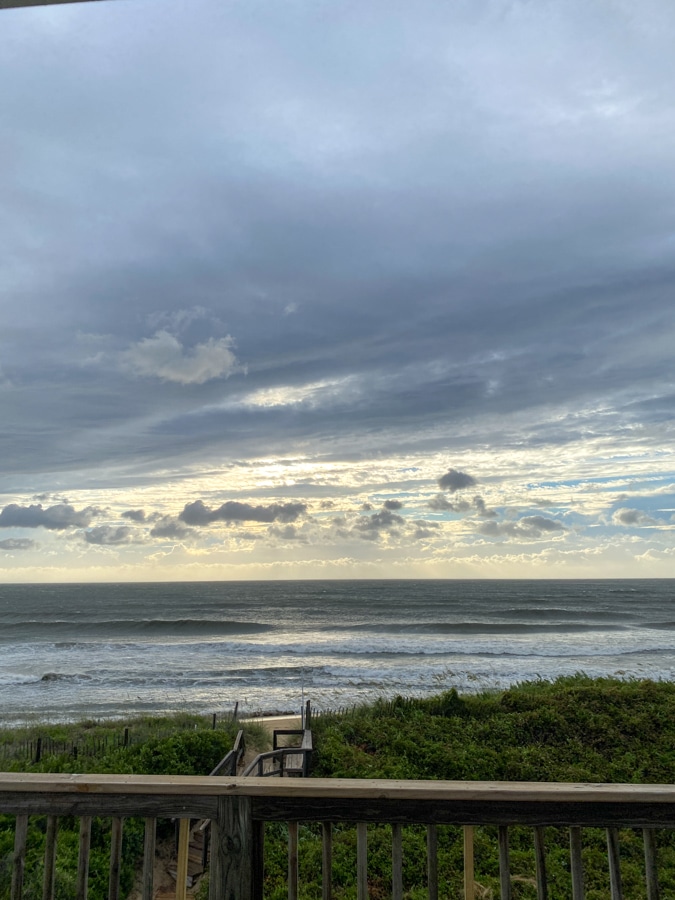 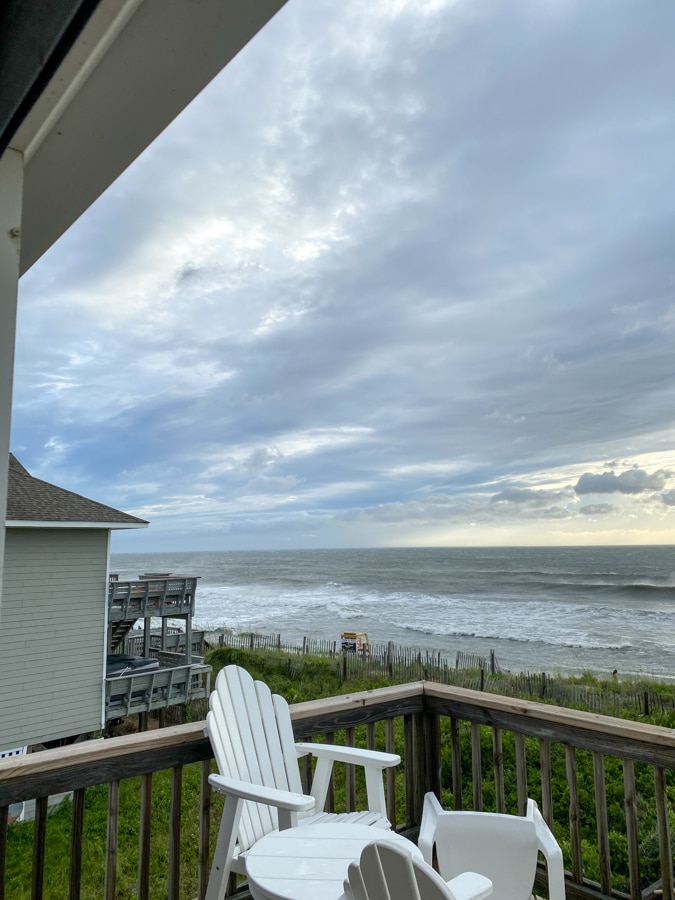 And this is what the sky looked like a few hours later! 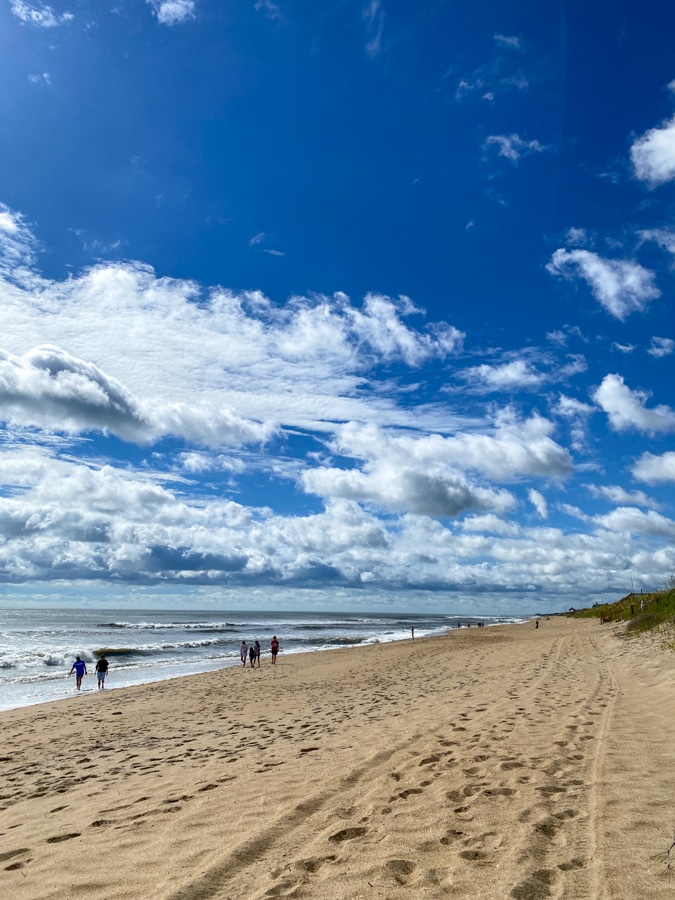 I’ll be back tomorrow with part II!

ShareTweet
Comments Off on Outer Banks Family Trip: Part I