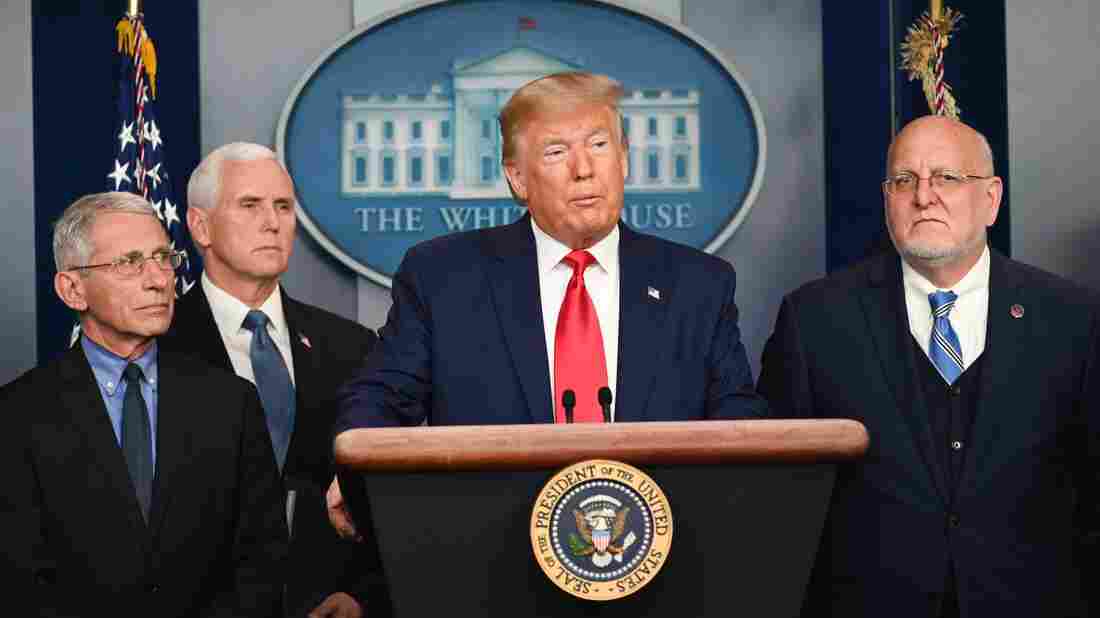 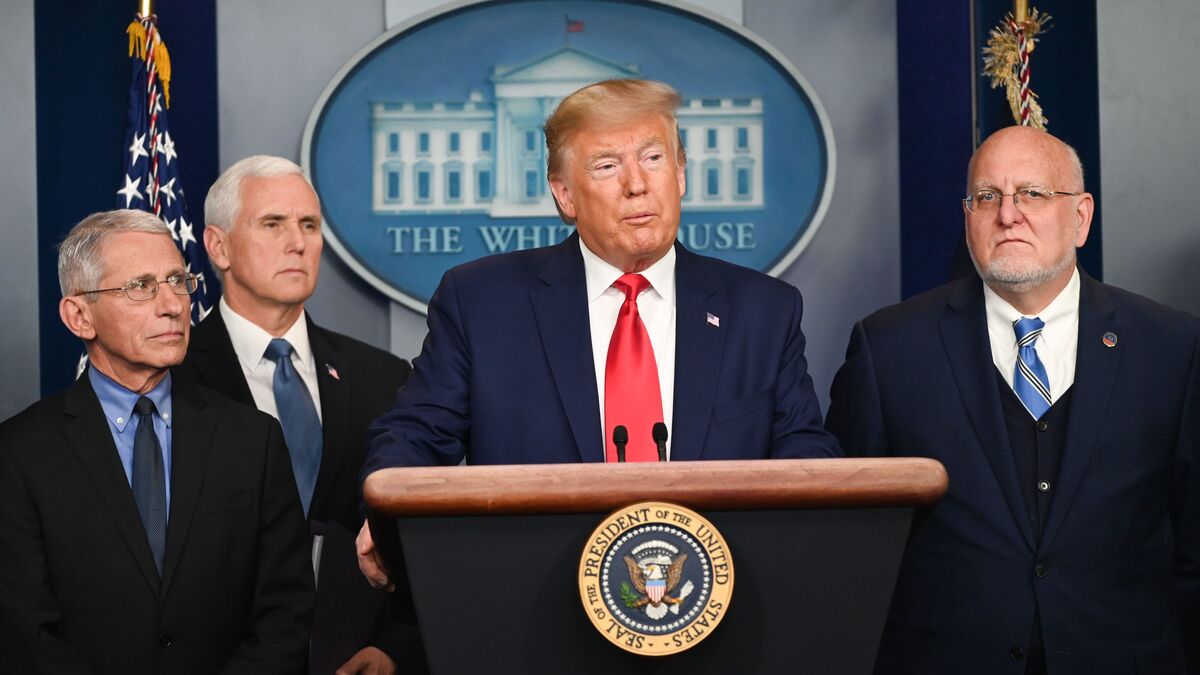 A person in Washington state has died of the new coronavirus, President Trump confirmed Saturday. The fatality marks the first death associated with the novel virus in the United States.

The patient who died was a man in his 50s with underlying medical conditions, according to Washington state health officials.

Also at the press conference, Vice President Pence, who has been put in charge of the country’s coronavirus response, announced that the U.S. would elevate an advisory to Americans to not travel to highly affected parts of Italy and South Korea. Pence also announced an expansion to the already existing travel restrictions on Iran, which also has a high number of cases.

Since the start of the month, the State Department has advised U.S. citizens not to travel to China, where the outbreak started. Most of the U.S. cases involved people who had traveled to China or abroad.

The Centers for Disease Control and Prevention has also confirmed the first possible outbreak in a nursing facility, also in Washington state. This is unrelated to the patient who died.

So far, two people related to the facility — one health worker and one resident — have tested positive. More than 50 workers and residents are showing symptoms of respiratory infection. Some are being hospitalized, and all are currently being tested. None of the new presumptive cases were related to travel, which health officials say could be an indication of the virus spreading within the community. In this localized area, officials say the risk to the public is increasing, although nationwide, the risk remains low.

At a separate press conference in King County, Wash., Jeffrey Duchin, the health officer for public health in Seattle and King County, said the confirmed cases are likely just “the tip of the iceberg.”

Gov. Jay Inslee declared a state of emergency on Saturday, saying it “is a time to take common-sense, proactive measures to ensure the health and safety of those who live in Washington state.”

Robert Redfield, the director of the CDC, indicated at the press conference at the White House that the person who died did not have any link to foreign travel. The death comes soon after U.S. health officials began warning the public that the coronavirus now appears to be spreading within the country from person to person, independent of travel to affected areas around the world. The CDC acknowledged three such cases, known as community spread, in the U.S. late Friday night.

Speaking at Saturday afternoon’s press conference, Dr. Anthony Fauci, director of the National Institute of Allergy and Infectious Diseases at the National Institutes of Health, told the public to brace themselves for more cases in the country. Redfield also said to expect more cases, describing them as likely to occur in “clusters” in the days ahead.

“You should not be surprised by that,” Fauci said. “That is something that is anticipated when you get community spread.”

The new cases bring the total number of confirmed cases within the United States to more than 60; 44 of those cases originated aboard the Diamond Princess Cruise Ship and three other cases involve people who were brought back from Wuhan, China, where the first cases were diagnosed. Excluding those who were aboard the cruise ship or brought back from China, Trump said 22 patients within the U.S. have the coronavirus, four of whom are “very ill.” Another 15 are either fully recovered or are “well on their way,” according to the president.

“So healthy people, if you’re healthy, you will probably go through a process and you’ll be fine,” Trump said. “There’s no reason to panic at all.”

The novel coronavirus continues to spread around the globe, including a massive surge in South Korea, where more than 800 new cases were confirmed between Friday and Saturday and more than 3,000 people are now confirmed to have the virus. The South Korean government has urged its citizens to stay indoors.

Though the vast majority of the more than 85,000 confirmed cases have occurred in China, the resulting disease, COVID-19, is now in at least 57 countries and on every continent excluding Antarctica, according to the World Health Organization.

The confirmation of these new cases in the U.S. may actually be somewhat delayed, in part because there was an initial backlog in testing for the virus within the U.S. A problem with the test kits that the CDC distributed across the country required most testing to happen at the CDC headquarters in Atlanta. Federal health officials now say they have resolved the issue and are now working to distribute new test kits across the country.

Additionally, the University of California, Davis Medical Center in Sacramento, where one of the cases not linked to foreign travel is being treated, says that patient didn’t meet the CDC’s threshold to approve a coronavirus test at first and so diagnosis was delayed for days. The CDC defended that delay, saying CDC guidelines were broad for travelers but not for people within the U.S.

Despite what could be the start of community spread, people in the U.S. do not need to change their day-to-day habits, according to Redfield.

“The country as a whole … still remains at low risk,” Fauci said. “But when we say that, we want to underscore that this is an evolving situation.”

Health officials maintain that among the best ways to prevent the spread of the novel coronavirus are the same as those to prevent the seasonal flu: Wash your hands frequently for at least 20 seconds, avoid touching your face and stay home when feeling sick.