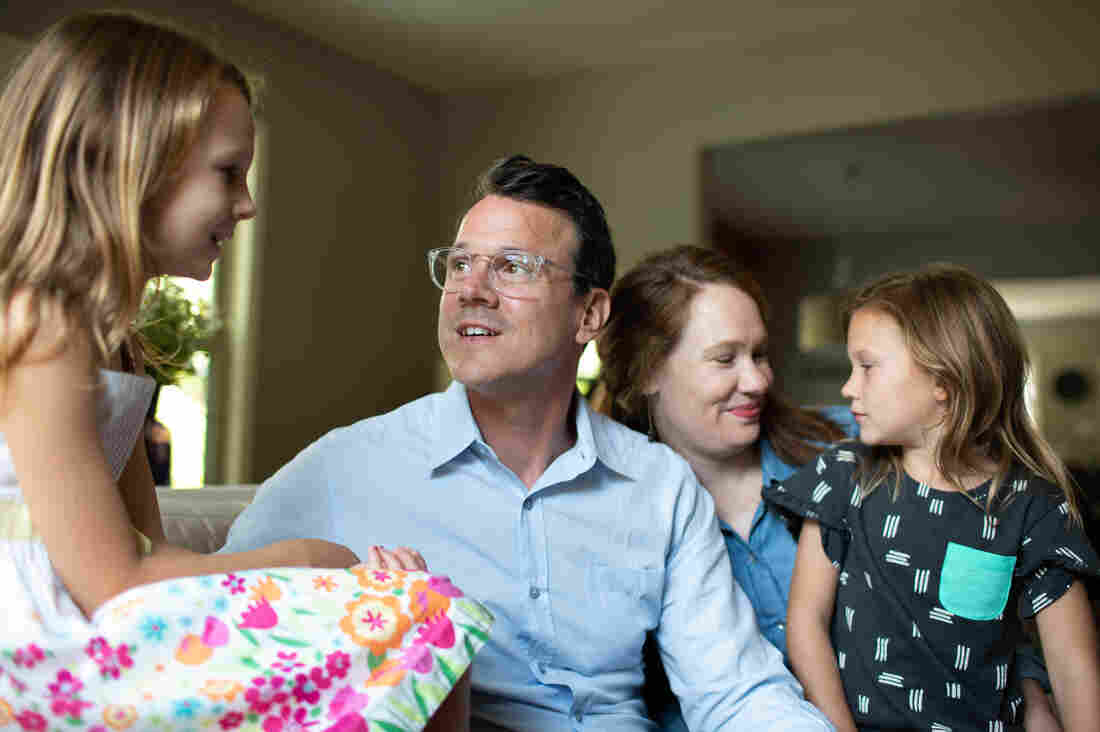 A new Texas law aims to protect patients like Drew Calver, pictured here with his wife, Erin, and daughters, Eleanor (left) and Emory, in their Austin, Texas, home. After being treated for a heart attack in April 2017, Calver, a high school history teacher, got a surprise medical bill for $108,951. 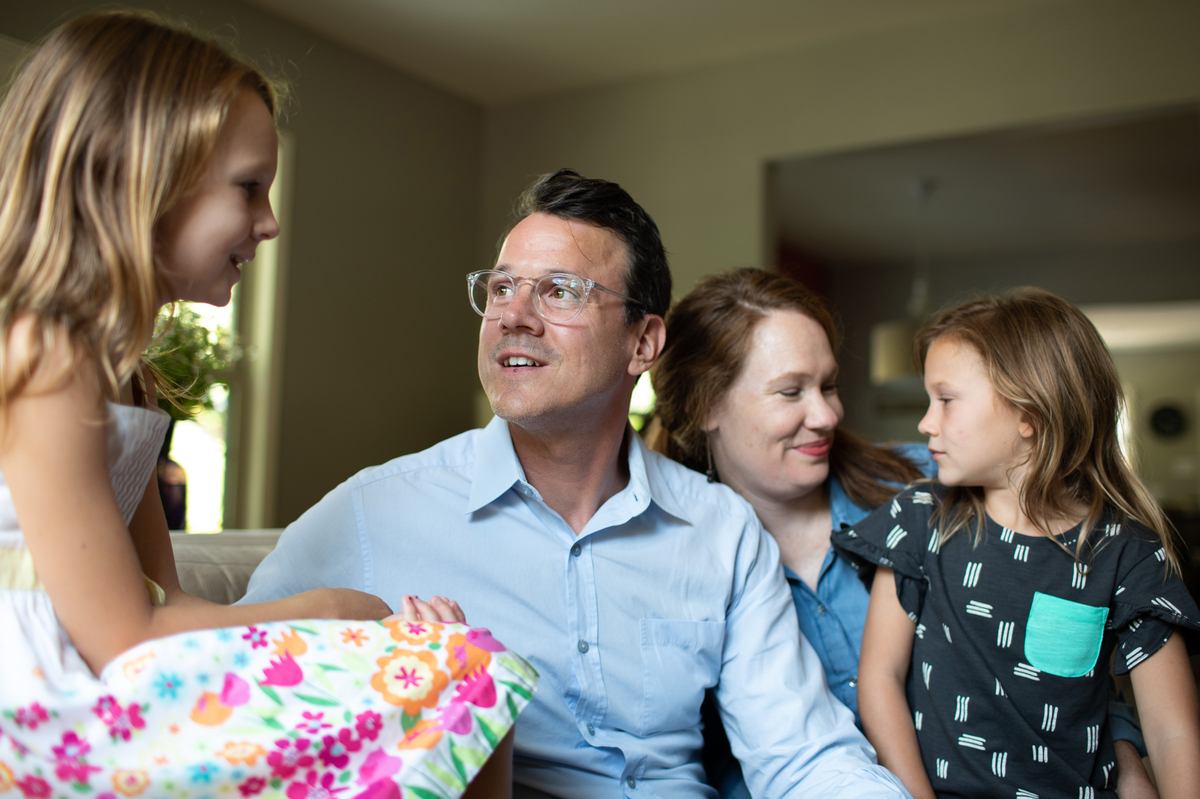 A new Texas law aims to protect patients like Drew Calver, pictured here with his wife, Erin, and daughters, Eleanor (left) and Emory, in their Austin, Texas, home. After being treated for a heart attack in April 2017, Calver, a high school history teacher, got a surprise medical bill for $108,951.

Texas is now among more than a dozen states that have cracked down on the practice of surprise medical billing.

Senate Bill 1264 is bipartisan legislation that removes patients from the middle of disputes between a health insurance company and a hospital or other medical provider.

“We wanted to try to take the patients — get them out of the middle of it — because really it’s not their fight,” says Republican state Sen. Kelly Hancock, the bill’s author.

Under the new law, insurance companies and medical providers can enter into arbitration to negotiate a payment — and state officials would oversee that process.

Surprise medical billing typically happens when someone with health insurance goes to a hospital during an emergency and that hospital is out of network. It also happens if a patient goes to an in-network hospital and the patient’s doctors or medical providers are not in network. Sometimes insurance companies and medical providers won’t agree on what’s a fair price for that care, and patients end up with a hefty medical bill.

Consumer advocates in the state have been urging lawmakers to do more to help Texans saddled with surprise medical bills.

Drew Calver is among the many Texans who have dealt with a surprise bill in the past few years. Calver, a high school history teacher in Austin, had a heart attack in 2017. He was rushed to the closest hospital by a friend that day, and doctors implanted stents to save his life.

Calver and his wife, Erin, fought with the hospital and the insurance company for months with little success.

The Calvers eventually turned to the media. Last summer, Drew Calver told his story to the Bill of the Month investigation from NPR and Kaiser Health News. Shortly afterward, his bill was slashed to just $332. Erin Calver says she has seen her family’s story strike a chord.

“For whatever reason, people could relate to us — and be scared that maybe it could happen to them,” she says.

Drew Calver says it’s something lots of people worry about.

“The doctor that put my stents in — he either just had a baby or is about to have a baby — and he was saying that, ‘Yeah, that could happen to me too!’ ” Drew Calver says.

In fact, getting a steep hospital bill is something more Americans say is their biggest financial fear.

“Polling shows us that the top household pocketbook concern for consumers is a surprise medical bill,” says Stacey Pogue of the Center for Public Policy Priorities, a think tank that analyzes health and economic issues in Texas. “And that’s actually pretty shocking that consumers will say they are more worried about their ability to afford a surprise medical bill than their health insurance premiums [and] their really high deductibles.”

Last year, a Kaiser Family Foundation poll found that 67% of people worry about unexpected medical bills — more than the percentage who worry about prescription drug costs or basic necessities such as rent, food and gas.

Pogue says that’s a big reason lawmakers in the state took the issue seriously and passed legislation that she says is now one of the strongest state protections she has seen.

“It is as strong or stronger than any of the protections in the country,” Pogue says.

In addition to Texas, nearby states Colorado and New Mexico also passed legislation this year to address the problem of surprise out-of-network bills. The Commonwealth Fund’s most recent report on the issue found that about half of states offer some legal protections from surprise bills, but only six states had laws that provide “comprehensive” consumer protections, similar to those just passed in Texas.

Hancock, the state senator, says the fight over who pays disputed bills will be back where it belongs: with insurance companies and the hospitals, doctors and labs providing medical care.

When a hospital and insurer can’t agree on a price, the two parties will have to work it out — without ever billing the patient.

In fact, Drew Calver would have been exempt from the state’s protections because until recently he had a self-funded health plan regulated by the federal government. However, the family switched to his wife Erin’s health plan, which will be subject to these new protections.

Pogue says people around the U.S. who have federally regulated health plans will be protected only if Congress acts. She thinks the state action will spur federal lawmakers.

“And I think Texas passing a bill will really help on that front,” she says, nothing that several other states have created similar laws. “Every nudge like that is going to help Congress move.”

Texas lawmakers did, however, pass separate legislation that could help Texans with federally regulated plans. Senate Bill 1037 prevents a surprise medical bill from affecting someone’s credit, regardless of whatever health insurance plan the person has.

Congressional leaders have said they are working on coming up with a fix for people across the country with federally regulated plans. Also, President Trump recently held an event at the White House, with Drew and Erin Calver standing by his side, announcing his administration’s support for banning surprise medical billing throughout the country.

During a U.S. House Ways and Means health subcommittee meeting in May, members discussed ways to ban the practice of surprise medical billing.

The subcommittee’s chairman, Austin Democrat Lloyd Doggett, said that “federal action is essential” to addressing the issue for many Americans with federally regulated plans. He said he plans to continue to push for legislation that will “finally offer some relief to patients.” However, no legislation has been passed yet.

During his opening statements, Doggett said there is a bipartisan desire to shield patients from surprise bills, but “conflict remains over how to resolve insurer-provider disputes.”

This story is part of NPR’s reporting partnership with KUT and Kaiser Health News, an editorially independent news service of the Kaiser Family Foundation. You can follow Ashley Lopez on Twitter: @AshLopezRadio.