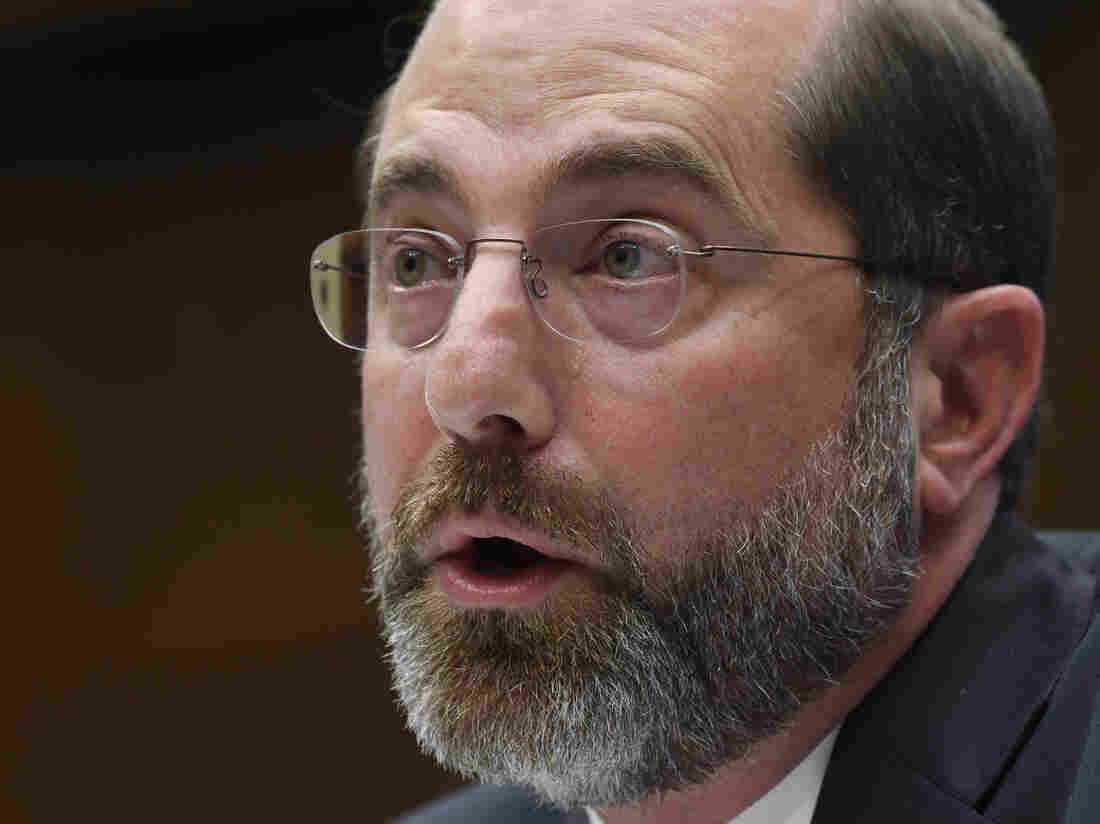 Health and Human Services Secretary Alex Azar testifies before a House Commerce subcommittee on Capitol Hill in Washington, on Wednesday. Azar has been leading the White House coronavirus task force. 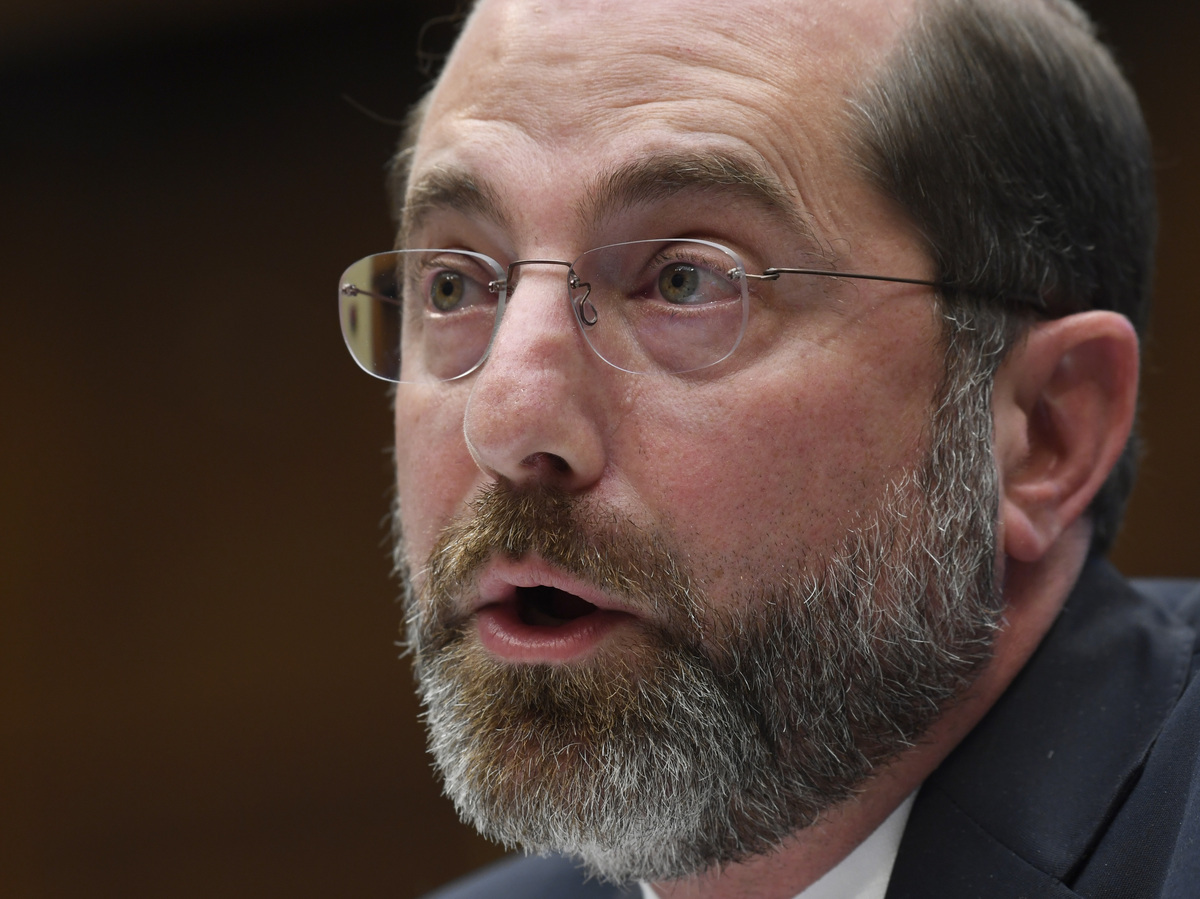 Health and Human Services Secretary Alex Azar testifies before a House Commerce subcommittee on Capitol Hill in Washington, on Wednesday. Azar has been leading the White House coronavirus task force.

As fears spread of a wider coronavirus outbreak in the U.S., experts in global health pandemics as well as some of President Trump’s leading political adversaries contend that the federal government’s response may be lacking a key figure: a coronavirus czar.

“The Trump administration must appoint a point-person—a czar—to implement a real plan to manage the coronavirus: an independent, non-partisan, global health expert with real expertise,” Senate minority leader Chuck Schumer declared Tuesday in a floor speech. “Somebody who is a scientist, who knows these issues, and can coordinate the myriad of federal agencies to fight the fight and prevent American lives from being lost.”

Health and Human Services Secretary Alex Azar has been leading the Trump administration’s coronavirus task force since it was announced in late January. Azar, a 52-year-old lawyer and former drug company executive, is the only member of Trump’s Cabinet on the 12-member force.

Some experts question whether Azar has sufficient clout to coordinate a government-wide response to the outbreak.

“I think it’s helpful to have somebody who is senior enough to be able to tell the agencies what to do, to make sure the agencies stay on top, to adjudicate any disagreements that come up, and also to be able to potentially move money around,” says epidemiologist Dr. Jennifer Nuzzo, who’s a senior fellow at Johns Hopkins University’s Center for Health Security.

“That needs very senior leadership to be able to do that,” she adds, “somebody who’s tasked by the president, who’s ultimately responsible for decisions that are made within the agencies and between them.”

It’s been done before. In October 2014, during an epidemic in West Africa of the deadly Ebola virus, President Obama designated Ron Klain — who was previously chief of staff to Vice Presidents Al Gore and Joe Biden — to be the White House’s Ebola czar.

“We saw the real value of that,” says infectious disease expert Dr. Dennis Carroll, who led the U.S. Agency for International Development’s response to the Ebola outbreak. “I participated in those meetings before [Klain] came on board and after he came on board, and the level of enhanced coordination and singular focus in the U.S. government was quite significant.”

“This is not true!” deputy White House press secretary Judd Deere wrote
on Twitter. “The President took decisive action by creating the Coronavirus Virus (sic) Task Force a month ago and is pleased with the leadership of @SecAzar to protect the public health.”

“@SecAzar and all doing a great job with respect to Coronavirus!” Trump wrote on Twitter.

At a House hearing Wednesday on the proposed HHS budget, Azar was asked by Mark Pocan, D-Wis., if he anticipated the appointment of a czar.

“I don’t anticipate one,” Azar replied. “This is working extremely well.”

In previous administrations, the job of coordinating a government-wide response to health-related epidemics fell to the president’s National Security Council.

Up until May 2018, Rear Admiral Tim Ziemer had been the NSC’s point man for dealing with global health crises. “He essentially had the role of health security,” says Dr. Gerald Parker, who directs the Pandemic and Biosecurity Program at Texas A&M’s Bush School of Government and Public Service. “You had somebody there that, you know, knew health things and health security and had a career experience in more international global health-type things.”

Since Ziemer’s abrupt departure, which coincided with John Bolton taking over as Trump’s national security adviser, he has not been replaced at the NSC and his unit has been eliminated.

“There’s an enormous vacuum with the abolishment of that particular unit, and certainly Admiral Ziemer was doing an extraordinary job,” says Carroll. “His departure from the NSC I think has left us all in a much more vulnerable position.”

“The president fired the pandemic specialists in this country two years ago,” said Bloomberg, “so there’s nobody here to figure out what the hell we should be doing.”