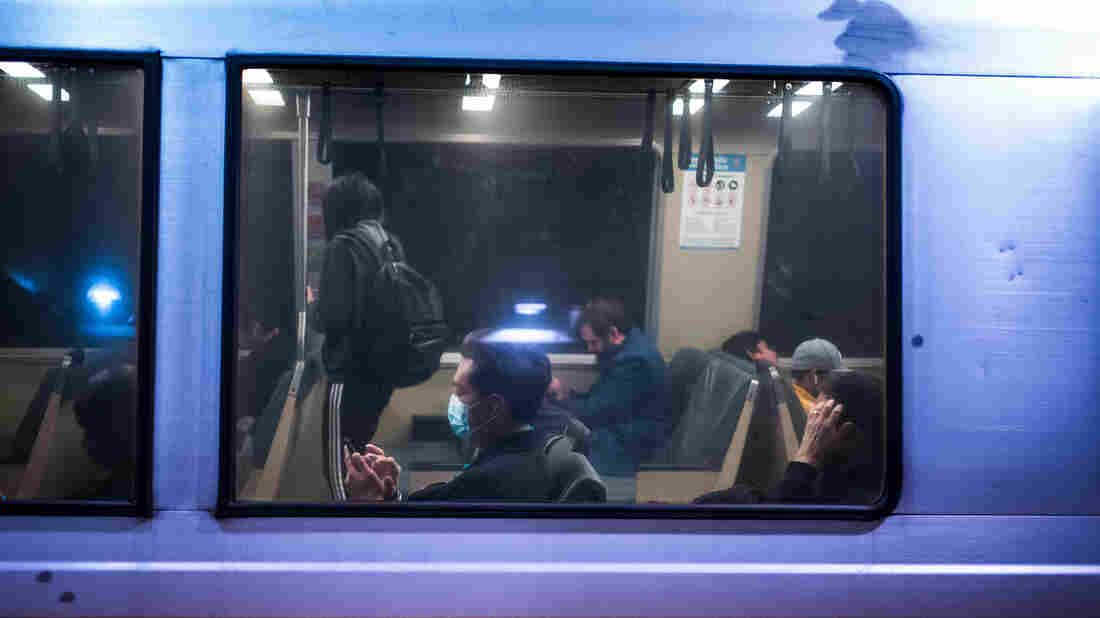 A person wearing a protective mask sits in a Bay Area Rapid Transit (BART) train in San Francisco on Thursday. 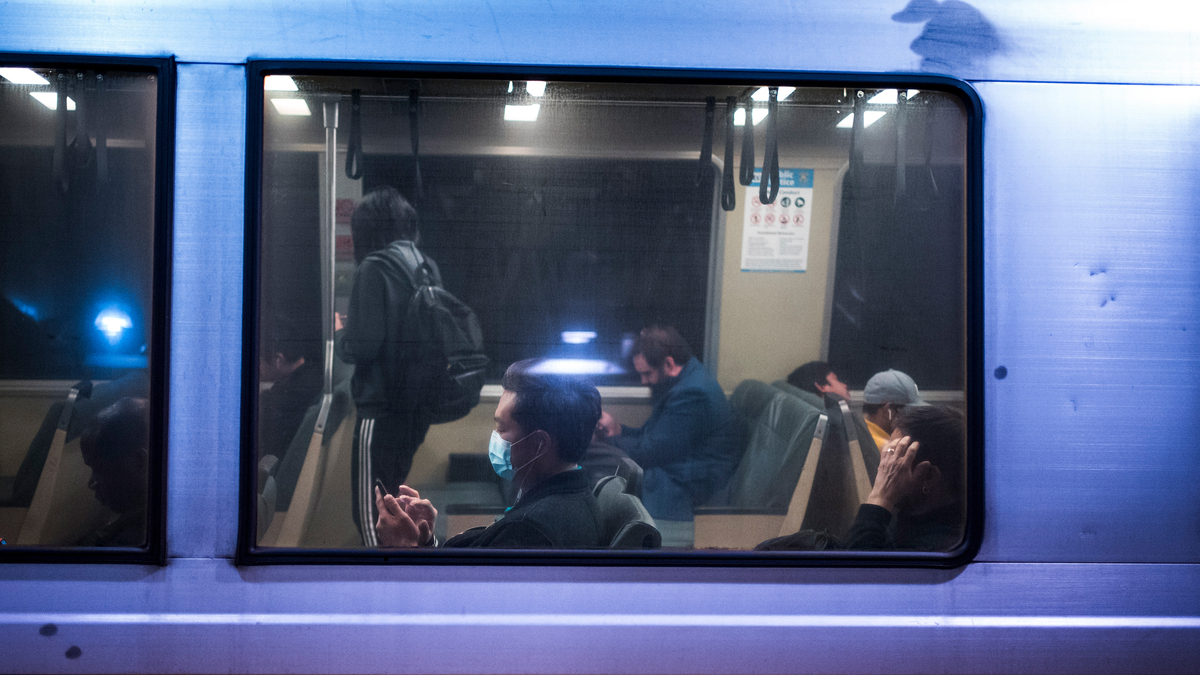 A person wearing a protective mask sits in a Bay Area Rapid Transit (BART) train in San Francisco on Thursday.

A person in Washington state infected with coronavirus has died, according to the Seattle and King County Department of Health. The fatality marks the first death associated with the virus in the United States. The health department had no further details at the time of the announcement, but plans to announce more Saturday afternoon.

The death comes after U.S. health officials have warned that coronavirus now appears to be spreading within the country from person to person independent of any foreign travel. The Centers for Disease Control and Prevention acknowledged three such cases, known as community spread, in the U.S. late Friday night.

“When you have a community spread, someone appears, had to have been infected by someone, but you don’t know who that person was,” Dr. Anthony Fauci, director of the National Institute of Allergy and Infectious Diseases at the National Institutes of Health, told NBC Saturday morning. “It becomes more difficult to track down what the original source was.”

President Trump is speaking about coronavirus at the White House Saturday. You can watch live here:

The new cases bring the total number of confirmed cases within the United States to more than 60, though 44 of those cases originated aboard the Diamond Princess Cruise Ship and three other cases involve people who were brought back from Wuhan, China, where the global outbreak began.

The new, unexplained COVID-19 cases were confirmed by health authorities in Washington County, Oregon, and Snohomish County, Washington, where the infected person is a high school student. These new cases join two other cases, both confirmed in California, that appear unrelated to foreign travel. An additional case was confirmed in Washington state on Friday, with the patient having recently traveled to South Korea, where more than 3,000 people are now confirmed to have the virus.

The confirmation of these new cases may actually be somewhat delayed, in part because there was an initial backlog in testing for the virus within the U.S. A problem with the test kits that the CDC distributed across the country required most testing to happen at the CDC headquarters in Atlanta. Federal health officials now say they have resolved the issue and are now working to distribute new test kits across the country.

Additionally, the UC Davis Medical Center in Sacramento, Calif., where one of the unexplained cases is being treated, says that patient didn’t meet the CDC’s threshold to approve a coronavirus test at first and so diagnosis was delayed for days. The CDC defended that delay, saying CDC guidelines were broad for travelers but not for people within the U.S.

The novel coronavirus continues to spread across the globe, including a massive surge in South Korea, where more than 800 new cases were confirmed between Friday and Saturday. The South Korean government has urged its citizens to stay indoors.

Though the vast majority of the more than 85,000 confirmed cases have occurred in China where the outbreak began, the resulting disease, COVID-19, is now in at least 57 countries and on every continent excluding Antarctica, according to the World Health Organization.

In total, more than 2,800 people worldwide have died from the virus so far, mostly in China, where the death rate is estimated to be around 2 percent, much lower than the death rates for previous coronavirus outbreaks like SARS or MERS, which had death rates of 10% and 34% respectively. The death rate of this new coronavirus could also be lower than it appears if mild cases are not being reported.

Despite what could be the start of community spread, people in the U.S. do not need to change their day-to-day habits, Dr. Fauci said in his NBC interview.

“Right now the risk is still low, but this could change,” he said.

Health officials maintain that among the best ways to prevent the spread of the novel coronavirus are the same as those to prevent the seasonal flu: Wash your hands frequently for at least 20 seconds, avoid touching your face, and stay home when feeling sick.

NPR’s Martin Kaste and Richard Harris contributed to this report.