Whats A Super-Spreading Event? And Has It Happened With COVID-19? 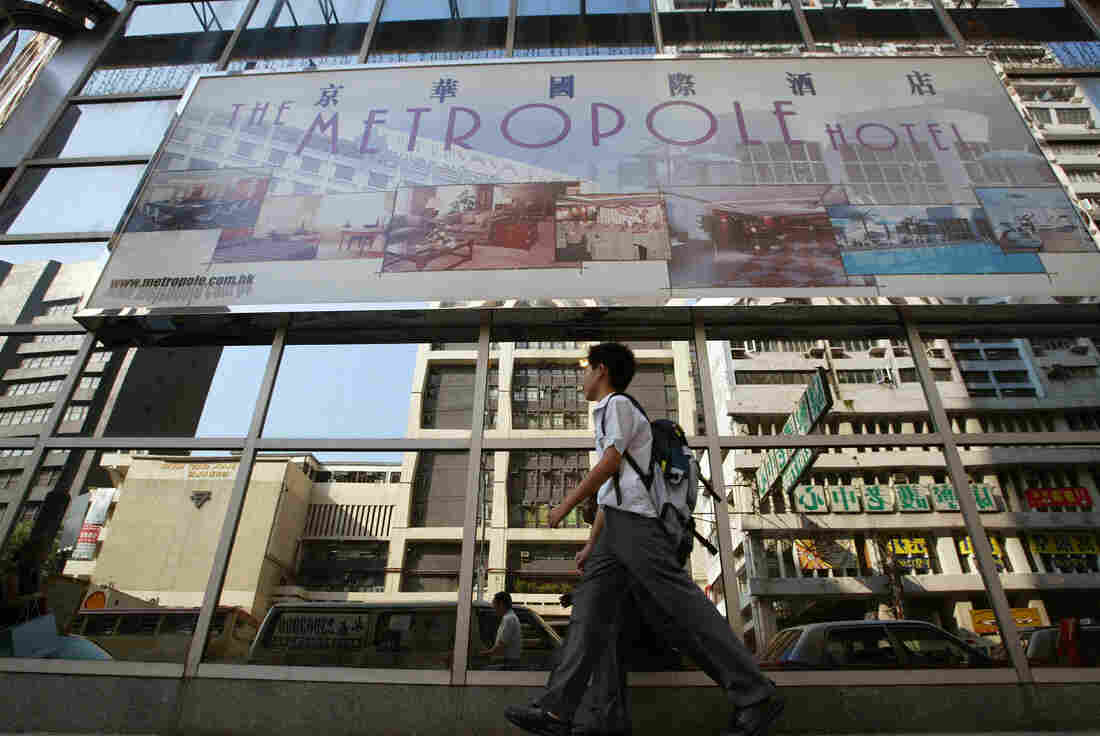 The Metropole Hotel in Hong Kong was ground zero for a super-spreading event during the SARS outbreak in 2003. 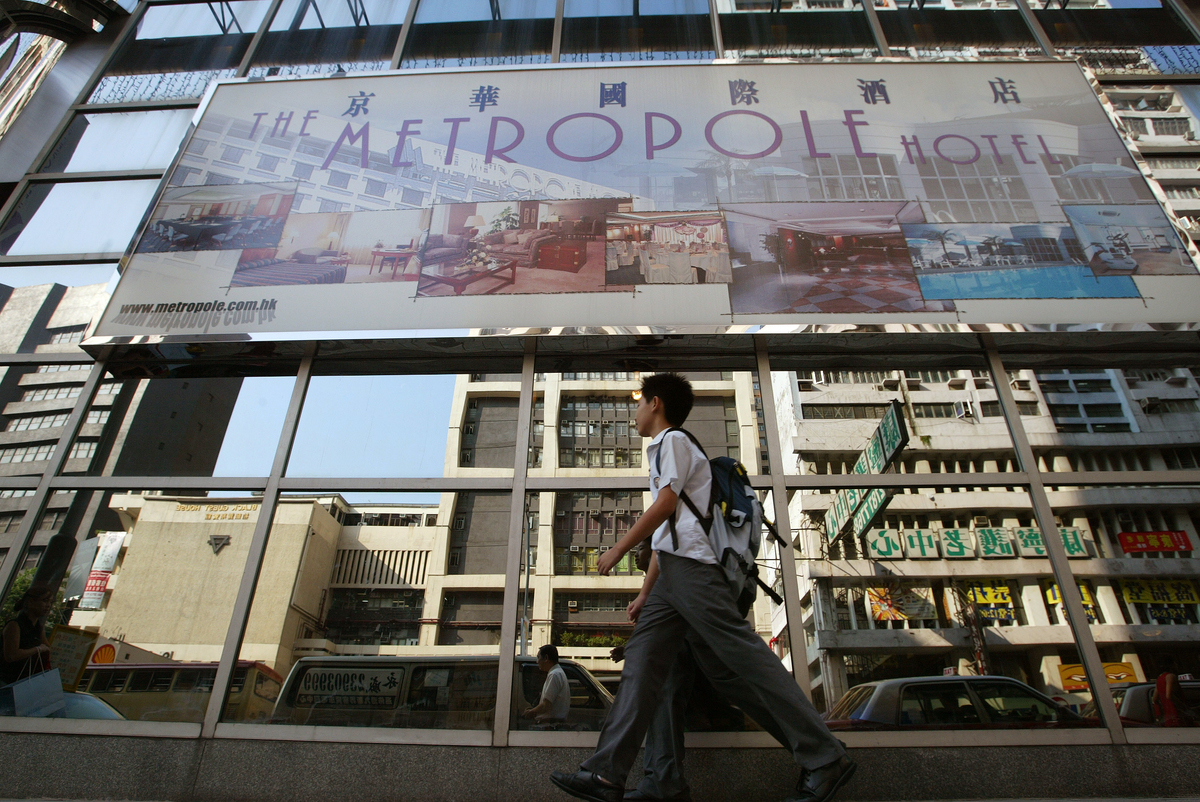 The Metropole Hotel in Hong Kong was ground zero for a super-spreading event during the SARS outbreak in 2003.

Last month, a British man went to a conference in Singapore, then on a ski trip to the French Alps.

What he didn’t know when he arrived in the Alps was that he was infected with the virus behind the COVID-19 outbreak.

During his stay at a ski village, it appears he infected 11 other people, who subsequently traveled on to the U.K. and Spain, the World Health Organization says.

Early estimates for the new coronavirus suggest that the average infected person spreads it to 2 to 3 other people. But this man’s ski trip caused a cluster of cases.

Some have described this cluster as a “super-spreading event” — where an individual infects an unusually high number of people. Dr. Mike Ryan, WHO’s executive director for health emergencies, said last week that it’s “too early” to call it that — and they believe they caught the situation before it ignited a chain that could have spread COVID-19 throughout Europe.

WHO doesn’t want to use the term “super-spreader” because it stigmatizes individuals.

These types of cases are a concern to global health researchers because they echo a pattern they’ve seen in past epidemics. Super-spreading has triggered explosive chains of transmission in other outbreaks such as SARS, MERS and Ebola.

“The poster child for a super-spreading event happened during the SARS outbreak, where a huge proportion of cases was traced back to the Metropole Hotel,” says Jessica Metcalf, a demographer at Princeton University. SARS is the acronym for an earlier coronavirus and stands for Severe Acute Respiratory Syndrome.

Back in 2003, a doctor who had treated SARS patients checked into a room on the 9th floor of the Hong Kong hotel. At least 13 other people on his floor got sick, and when his floormates left the country, they spread the disease to Canada, Vietnam and Singapore. A woman returning to Canada then infected her son, leading to more than 100 new cases in the Toronto hospital where he was treated.

In a 2015 outbreak of MERS in South Korea, about two-thirds of the transmission came from just two super-spreading events in hospitals, which fast-tracked the spread of the virus, says Adam Kucharski, who researches the dynamics of infectious disease at the London School of Hygiene and Tropical Medicine. “In that situation, if you [could have] avoid[ed] those two events happening, you’ve got rid of most of your outbreak,” he says.

In diseases driven by super-spreading, a rule of thumb is the “20/80 rule” — around 20% of individuals are responsible for at least 80% of the infections, though the actual numbers vary by disease, Metcalf says. But a pattern in which outbreaks are driven by relatively few cases holds across several diseases, including HIV, tuberculosis and typhoid, according to researchers who study disease patterns.

There’s a lot that’s still unknown about what causes super-spreading. Researchers who study it say it’s a combination of factors that are hard to disentangle.

Max Lau models infectious disease dynamics at Emory University. From his work on Ebola transmission during the 2014-2015 epidemic in West Africa, he thinks that social behavior plays a big part.

Lau found that super-spreading events tended to happen more around people under 15 or over 45. That could be because “the younger ones or the older ones tend to get more people to visit and care for them when they get sick,” he says.

He also thinks biology plays a role. Individuals are more likely to infect others when they’re carrying and shedding a lot of virus.

New infections among patients and staff often happen in hospitals, where people go because they’re really sick. Their immune systems are weakened, and they can carry a greater volume of the virus than other patients might, making them more infectious. They’re also getting hospital procedures that might expose others to their blood or lung fluids.

Both biological and behavioral factors contributed to a 2014 Ebola super-spreading event at a funeral in Sierra Leone. A popular healer treated Ebola patients from an outbreak in neighboring Guinea, contracted the disease and died. Hundreds of mourners came to her funeral and burial.

Bodies of people who recently died can still shed the Ebola virus, says Lau. And in many cultures, including Sierra Leone’s, it’s traditional for mourners to wash, dress and have direct contact with the body. More than 300 Ebola cases were traced to the healer’s funeral, which soon exploded into an outbreak that overwhelmed hospitals in southeast Sierra Leone.

Another contributor to high transmission events is the local environment, such as stale air in enclosed spaces or a lot of people sharing the same space.

The number of people infected in any situation depends on how the risk factors line up, says David Heymann, an epidemiologist at the London School of Hygiene and Tropical Medicine. It’s how infectious a person is, what setting they’re in, how they behave around others — and whether the people they’re interacting with, including health workers, wash their hands frequently and take other measures to protect themselves from infection.

Super-spreading events may be happening with the new coronavirus but don’t seem to be causing explosive outbreaks as they did in the early days of SARS, says Jamie Lloyd-Smith, who studies how diseases spread at UCLA. But why? “Is it a biological difference between the two viruses?” he says, “Or [have] we actually learned some things about how to deal with these viruses and infection control?”

It’s a question that China’s Center for Disease Control and Prevention is pondering, based on early conclusions from a new report from this week: “To date, there is no evidence of a super-spreader event occurring in any of the Chinese health facilities serving COVID-19 patients,” the report states. “However, we do not know whether this is due to the nature of the virus itself or whether these events have been successfully prevented.”

To try and stop super-spreading events, public health officials say it’s important to try to find cases early, to figure out who else was exposed and to keep sick people away from those who aren’t.

These are strategies that date back to the 1800s, but they have worked to contain past epidemics, including SARS in 2004, says WHO. These common-sense strategies are the best way they know to stop a new disease from spreading.

ShareTweet
Comments Off on Whats A Super-Spreading Event? And Has It Happened With COVID-19?